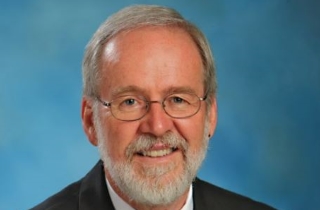 Fining Nova Scotians who do not practise social distancing is a worthwhile tool in fighting the spread of COVID-19, but clarity is needed for everyone as to what situations would be exceptions to the rule, says a legal mind.

This comment comes after the Nova Scotia government, in declaring a state of emergency, outlawed gatherings of more than five people and gave warning that those who do not practise “social distancing and self-isolation” will be fined $1,000 for each instance.

Professor Wayne MacKay, of Dalhousie University’s Schulich School of Law, says that while the threat of fines is needed for those still not helping to combat the pandemic, specifics are needed as to when fines would not apply.

MacKay said the new rules seem to be “oral” and not yet formally detailed in any way.

“From a lawyer point of view, the fact is that the rules aren’t entirely clear,” MacKay told The Lawyer’s Daily. “They are clear in one sense; they are saying no gathering of more than five people. But are there any defences? What if a group of more than five people go to the aid of somebody else who fell and got injured, or whatever? You could imagine all the possible scenarios where that rule might have to have some exceptions. … Yes, this is a common sense kind of exception, but, as a lawyer, what makes me a little uncomfortable is the fact that access to these orders and the clarity in detail of these orders is not really there. In fairness, of course, they are very busy dealing with a pandemic, and so it might be a bit picky of me to go at that, but I think it is an important point.”

MacKay also talked of a lack of clarity around what, exactly, is being considered a prohibited social gathering. He was asked if he thought the rule would apply to a group that gathers in someone’s home.

“The example of people in a house, it would be very hard to actually enforce,” he said. “But, again, because the rule is, as far as I know, essentially oral, and not in any way detailed, that kind of exception, if there is one, is not spelled out. In fact, the tone and approach of the press conference [announcing the state of emergency] would suggest to me that [it] is included — any gathering, anywhere, in a public place, any place. Even in a private dwelling. If that is the plan, and I think it is, then that should be a little bit clearer than that. … Maybe that is yet to come, but, at the moment, there is not a lot of clarity.”

MacKay noted that a provision in the Health Protection Act calls for clear orders to be communicated within a certain time frame, so greater detail may be coming.

Still, MacKay said that, current concerns notwithstanding, the rules and the threat of fines could work if properly enforced.

“Believing the medical evidence, this is about as compelling an emergency we can deal with, short of a war, maybe, and, therefore, I do think it can and should be done, but it needs to be done with clarity and a proper balance of peoples’ rights, and one of the rights is to have a clear understanding of what the rules are if you are going to be penalized for breaching them. … I think it’s worth doing, but it’s worth doing right. And even with all the important time demands of dealing with the health crisis, this is a big enough deal in terms of laws and rights that there must be somebody in government who could take some time to write up some specific orders and have some discussions about what are its limits and what are its exceptions.”

A request for comment on from the Nova Scotia government on the implementation of the fine was not returned before press time.

MacKay said another point of confusion is around public trails.

As part of its announcement, the Nova Scotia government stated that all provincial parks, beaches and tourist attractions were closed, but that provincial trails would remain open.

MacKay said this is competing with the fact that many municipal trails — Halifax’s, for example — have been closed. He said a municipal amendment may be coming to Halifax to address this, but, until then, uncertainty remains.

“Municipal trails, of which there are quite a few, are not actually open until they make this amendment. So, not surprisingly, people are confused. Can I go on this trail? Is that provincial? Is that municipal?”