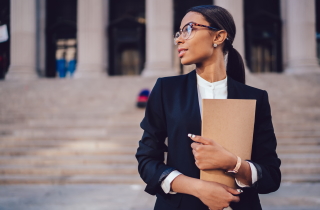 In Respecs inc. v. Marchés Pépin inc., 2020 QCCQ 148, Justice Luc Hervé Thibaudeau zeroed in on pervasive attempts by litigants in small claims division to use lawyers to represent them, despite the clear prohibition against lawyers having such roles. Relying on his and other judges’ interpretation of the Code of Civil Procedure, CQLR c C-25.01 (CCP) provisions adopted for small claims division, he warned that such attempts undermined access to justice initiatives promoted by the legislature. Such attempts upset the balance set for litigants who cannot afford the “luxury” of mandating a lawyer.

Several litigants had seized Justice Thibaudeau with (i) an application to postpone the trial for seven files already joined for proof and hearing and (ii) an application to join those files to a further 28 other files for proof and hearing on the merits. All files involved the same corporate plaintiff but with a different corporate defendant in each file.

The materials produced for the applications purported to confirm that plaintiff’s claims and all defences were identical, subject to variation in the respective amounts disputed. The materials also contained correspondence signed by attorneys acting on behalf of defendants, attached a draft of the application to postpone and set out the grounds for joinder.

Prior to deciding the applications, Justice Thibaudeau paused at paras 13-18 to comment on the evident involvement of lawyers in the applications, stressing at the onset that his comments were made without reproach to anyone in particular.

He cited CCP articles relevant to the applications but narrowed in on a single provision which clearly limits the role lawyers may have in small claims division. Subject to specific terms and highwater exceptions, article 542 CCP stipulates that (i) individuals must self-represent and (ii) corporations, partnerships and associations can only be represented by an officer or employee in their sole service who is not a lawyer. Both sets of litigants may still consult a lawyer, including for the purpose of preparing the presentation of their case.

He noted the widespread practice by which lawyers intervened on behalf of their clients in small claims division to assert their clients’ rights and, in doing so, sterilized the legislature’s clear intention stated in article 542 CCP. Justice Thibaudeau’s concerns built on similar concerns raised in prior Court of Quebec decisions regarding breach of the limits placed on the use of lawyers in small claims division.

Justice Thibaudeau’s concerns and vigilance are not uncommon. A line of cases illustrates the vigilant efforts of Court of Quebec judges to discourage recourse to lawyers. He referred to a selection of cases including (i) Lachapelle v. Ville de Granby 2019 QCCQ 4373 which considered an application signed by a lawyer to be irregular; (ii) Bardell v. Ndayishimiye 2019 QCCQ 849 which urged for a broad definition of the term “represent” because too narrow an interpretation would sterilize the legislature’s intention; and (iii) Gestion Olymbec inc. v. Montréal (Ville de) 2010 QCCQ 1224, which rejected a claim signed by a lawyer on behalf of a corporate plaintiff, without prejudice to the merits of the action.

“[18] [informal translation] To ensure attainment of this goal, the legislature requires that parties not mandate lawyers to make representations or even communicate with the court. In the eyes of a litigant who lacks the means to pay for this luxury, and for whom article 542 C.C.P. exists, this upsets the balance sought by the legislature. Furthermore, article 542 C.C.P. does not authorize a party’s lawyer to go so far.”

Those comments dovetailed with his ensuing analysis of the merits of the applications. Referring to principles confirmed in the oft-cited Lavigne v. 6040993 Canada inc. 2016 QCCA 1755, Justice Thibaudeau asserted being bound to view those applications, and any delays they may occasion, in light of CCP updates requiring courts to take an innovative approach focused on efficacy, speed and simplification of the proceeding where possible.

“[26] [informal translation] These teachings [in Lavigne] bind the court. The Court of Appeal set the bar high for judges conducting case management, however discretionary their powers might be. The result to attain is an access which is effective, rapid and proportionate to civil justice. An access which takes into consideration, at once, the litigant’s right to be fully heard and the optimal use of judicial resources.”

Justice Thibaudeau dismissed the application to postpone but ordered that the parties attend on the trial date at which time he would conduct a further case management. His vigilance of efforts to mandate lawyers and refusal to simply postpone resolution of disputes forcefully demonstrates the rigour with which the Court of Quebec guards the legislature’s access to justice initiatives even if doing so thwarts efforts to loophole the prohibition against having lawyers assist parties in small claims division.

Daniel Urbas is an arbitrator at Urbas Arbitral in Montreal, focusing on international and domestic commercial arbitration. With 25 years of dispute resolution experience, he has handled trial and appellate advocacy, as well as urgent and extraordinary applications, appearing before the provincial and federal courts, including the Supreme Court of Canada. He is a member of the bars of Quebec, Ontario, British Columbia and Newfoundland and Labrador.