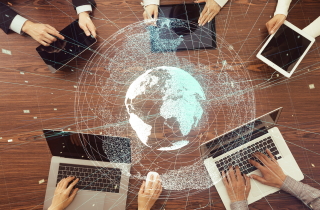 The effects of pandemic on international arbitration

The arbitral community has been turned upside down by COVID-19, like every other sector of the legal industry and the broader business community. Many hearings are being adjourned as people are restricted from travelling or forced into self-isolation.

Large gatherings are being cancelled or delayed. The biennial Congress of the International Council for Commercial Arbitration, often called the Olympics of international arbitration, set for Edinburgh in mid-May, has now been postponed to Feb. 1-4, 2021. As well, the session of UNCITRAL Working Group III (Investor-State Dispute Settlement Reform), which was to take place in New York, has been postponed. Paris Arbitration Week, a long-standing series of conferences and seminars, has been moved from early April to early July.

Arbitral institutions are adapting as quickly as they can to ensure proceedings are not unduly compromised. Certainly, many parties and their counsel will prefer to wait until the dust settles and are pushing matters off into the future. But some things simply cannot and will not wait.

The International Chamber of Commerce has closed its Hearing Centre in Paris until at least April 13. Its worldwide staff is administering files and accepting new cases remotely and holding all meetings virtually.

In the U.S., the American Arbitration Association and its international division, the International Centre for Dispute Resolution (AAA-ICDR), remain operational but will not allow any hearings in any of its offices until after April 17.

Flexibility, one of the hallmarks of arbitration, is coming to the fore and, in particular, these extraordinary times are demonstrating the power of technology.

Arbitration Place in Toronto and Ottawa has launched Arbitration Place Virtual and already has several virtual hearings now scheduled for April through June, using Zoom Business (and Telemerge Bridge as a fallback option) with specialists to operate the technology, leaving counsel to focus on their case. This secure platform accommodates virtual breakout rooms, live document display and recording, among other features. The AAA-ICDR is encouraging parties to contact their case manager to assist with alternative hearing arrangements including video conferencing. Meanwhile, in London, the International Arbitration Centre, one of the newest and most impressive hearing centres in the world, is available 24/7 for parties wanting to hold hearings using its Opus 2 video conference platform.

On a larger scale, the Vis East Moot demonstrated the power of video conferencing last week. Held in Hong Kong since 2003, the Vis East Moot, run by Canadian arbitrator Louise Barrington, is an offshoot of the Willem C. Vis International Arbitration Moot that has been held in Vienna since 1993. They are the world’s largest commercial arbitration moots, both featuring a dispute arising under the UNCITRAL Convention on Contracts for the International Sale of Goods (CISG), using a different set of institutional arbitration rules each year. In 2019, teams from 140 law schools competed in the Vis East, while 379 schools competed in Vienna (Penn State won over the University of Ottawa in that final). Both events attract hundreds of arbitrators who volunteer their time to travel to Hong Kong or Vienna, most at their own expense, to judge the students.

In the wake of the virus, the organizers of the Vis East Moot moved rapidly to embrace technology and put out the call for arbitrators who wished to participate in a virtual moot. The response was exemplary. About 300 arbitrators signed on — as many as the moot would have needed under normal circumstances — and many of these were newcomers. In fact 70 teams presented their oral arguments before panels of arbitrators using the Microsoft Teams video conferencing platform. Five test sessions were held over three days to ensure that all participants — arbitrators and students — could connect and be easily seen and heard.

Of course, the excitement of arguing a moot in person, in a faraway location, was diminished. Some students could not even be in the same room as their teammate during their presentation. But given they had spent countless hours working on their legal memoranda and arguments, the level of engagement was still high, and organizers noted a lot of enthusiasm from participants about the experience.  The Chinese University of Hong Kong prevailed over University of Sao Paulo Largo San Francisco in the final.

“Everyone has learned an enormous amount from this week – students and arbitrators who’d never experienced virtual meetings now feel confident using the platform,” Louise Barrington, founder of the annual Moot, told Global Arbitration Review. “We are delighted and proud to have achieved this ‘first’ in the world of dispute resolution.”

The moot in Vienna will proceed in the same virtual way beginning on April 4, as originally planned,with 248 teams using the mediation platform.

Last year, English arbitrator Lucy Greenwood put out the Green Pledge, encouraging international arbitrators and counsel to travel less and embrace long-distance technology more, in an effort to reduce arbitration’s carbon footprint. If there will be a bright light coming out of the darkness of COVID-19, it may be a recognition that a lot can be accomplished without having to get on a plane.

One of arbitration’s major selling points has always been the ability for parties to be flexible in determining how to organize their proceeding, to be efficient from both a timing and costs perspective. The experience of the Vis Moots and other proceedings over these current weeks will hopefully show that that flexibility can be truly demonstrated in deeds and not just in words.