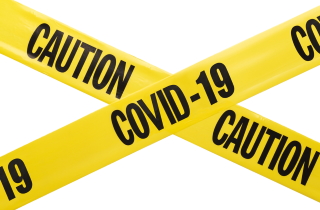 Since it was first announced that Canada would be closing its borders to limit the spread of COVID-19, the specifics of these travel restrictions have shifted on a daily basis. This uncertainty has caused travellers and businesses, particularly those with a presence in the U.S., to have to scramble over the last two weeks to understand how travel plans would have to change over the coming months. Adding to the confusion, separate restrictions have been put into place for air travel and land-based travel, as well as for travellers from the U.S. compared to other countries.

Currently what is certain is that anyone intending to board a flight to Canada, including Canadian citizens, will be prohibited from doing so if they display symptoms of COVID-19 (i.e. fever and a cough/breathing problems). Nationals of countries other than the U.S. will also generally be prohibited from boarding any flight to Canada unless they fall under a number of broadly described exceptions, including for immediate family members of Canadians. Exceptions also exist for travellers who are deemed not to pose a risk of significant harm to public health, or who will provide an essential service while in Canada, and further exceptions to those exceptions ban such travellers from seeking to enter Canada only for an optional or discretionary purpose, such as tourism, recreation and entertainment.

For travellers in the U.S., a different set of restrictions has been put into place banning all travel by foreign nationals between the two countries for optional or discretionary purposes. Non-optional and non-discretionary travel may be permitted for U.S. citizens, individuals who have only been present in the U.S. and Canada for the last 14 days, as well as a similar broad range of exceptional classes, again including those who will be providing an essential service in Canada.

Before boarding a flight from the U.S. to Canada, all air carriers are required to notify travellers that they may be prohibited from entering Canada due to these new restrictions, and all travellers are required to confirm that they have read the Governor General in Council’s Emergency Order setting out these restrictions, and that they are not prohibited from entering Canada under the order.

To ensure compliance, individual travellers and air carriers can also now be punished with harsh fines. These fines can be levied for failing to understand the restrictions as well as for failing to follow them, so it is imperative that travellers be completely aware of how exactly the restrictions apply to them before attempting to board. Individuals can be fined up to $5,000 for falsely confirming to have read the Emergency Order, falsely confirming they are not prohibited from entering Canada under the order, or boarding an aircraft if they have been refused boarding in the last 14 days due to COVID-19. Air carriers can be fined up to $25,000 per instance of allowing a traveller to board a flight to Canada that should have been prohibited by these restrictions, failing to notify a traveller that these restrictions exist, incorrectly conducting a traveller health check, or allowing a traveller to board a flight to Canada who has not passed a health check.

Finally, all individuals who enter Canada apart from “essential workers” will now be required to self-isolate for 14 days, with failure to comply punishable by a fine of up to $1 million and three years’ imprisonment. These penalties are evidence that Canada is taking serious steps to limit the spread of COVID-19, and travellers that recklessly flaunt them will face serious repercussions.

Jacqueline Bart and Oliver Mao can be reached at BARTLAW LLP, Canadian immigration, barristers and solicitors. BARTLAW is a leading full-service immigration firm in Toronto.