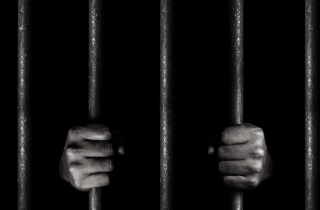 In March, the Office of the Public Sector Integrity Commissioner of Canada reported on its investigation into misconduct at Archambault Institution in Quebec. Examining a one-year period in 2017 and 2018, the report found that certain correctional officers engaged in intentional wrongdoing and Correctional Service of Canada grossly mismanaged these systemic workplace problems.

Archambault Institution houses Quebec’s Regional Mental Health Centre (RMHC). This is where those experiencing mental illness while incarcerated go for the ostensible purpose of treatment.

The workplace issues at RMHC seem to have stemmed from a late 2017 managerial decision to permit a staff psychologist to treat inmates within her office. No explanation is provided as to why this became such a contentious issue; I surmise the psychologist wished to provide a more accommodating treatment space and correctional officers felt it jeopardized security. Regardless, the decision caused the following:
The prison relies upon and thrives on active and constant othering of inmates. By this I mean that it can only be morally acceptable and legally justifiable for Canadians to condone and ignore injustices dealt to people who are not like us. I recently wrote an article, found here, about an important component of this othering whereby the label for addressing an individual changes from Mr. Smith to Inmate/Offender Smith upon sentencing. This is a glimpse into the process of othering that occurs in prison.

Before I started visiting jails, inmates were animals to me. I mean that not in a derogatory way but to describe the extent of presumed dissimilarity. The concept of jail was like a zoo where I could go and gaze upon a cobra and not have the slightest understanding of the creature.

What I learned, though, is that othering is an illusion. It is an instrument for control. I am reminded of this when I speak to middle class parents who have children in on drug offences. They have seen their children pass through moral transition although they did not fundamentally change with an illegal act. I hear this in the pain and outrage parents express over conditions and treatment their kids receive in jail.

But what does any of this have to do with the integrity commissioner’s report?

Correctional officers, as a state apparatus of liberty and justice, are important agents in monitoring, regulating and enforcing the otherness of inmates. The report demonstrates that in various ways, from mocking inmates with mental illness and denying them treatment, to targeting co-workers who appear to be demonstrating a bit of compassion, to CSC’s refusal to appropriately control staff.

So my real question is this: if CSC allows for these problems among staff, how can we possibly trust it to perform its statutory duty in providing a safe and healthful environment that promotes the dignity of inmates?

Jeffrey Hartman is a Toronto-based criminal lawyer at Hartman Law, with a special focus on constitutional law, family law, civil litigation, prison law and police misconduct in Ontario. You can reach him at jeff@hartmanlaw.ca or call 416-316-2234.