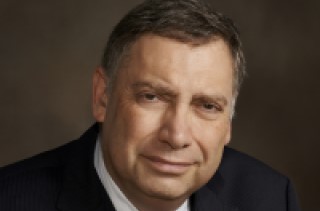 The COVID-19 pandemic has turned the legal system in Ontario on its ear, with lawyers and judges coping to deal with the stresses brought about by social distancing and court closures. This is particularly true of family law, where matters concerning children make concerns even more acute. But an emerging body of jurisprudence, coupled with guidance from the courts, is helping to clear a path through the forest.

In March, Justice Alex Pazaratz of the Ontario Superior Court of Justice fired one of the first shots in offering guidance on how to approach the courts as doors close and telephones go unanswered. In Ribeiro v. Wright 2020 ONSC 1829, he wrote that “in troubling and disorienting times, children need the love, guidance and emotional support of both parents, now more than ever” when he denied authorization to proceed with an urgent motion to suspend a father’s access to his 9-year-old son because the mother felt he would not maintain social distancing.

“Children’s lives — and vitally important family relationships — cannot be placed ‘on hold’ indefinitely without risking serious emotional harm and upset,” he wrote. “A blanket policy that children should never leave their primary residence — even to visit their other parent — is inconsistent with a comprehensive analysis of the best interests of the child.”

The COVID-19 situation is uncharted territory for the court system, Justice Pazaratz wrote, and “we all have to work together to show flexibility, creativity and common sense” to promote both the physical and emotional well-being of children.

“In some cases, a parent’s lifestyle or behaviour in the face of COVID-19 (for example, failing to comply with social distancing; or failing to take reasonable health-precautions) may raise sufficient concerns about parental judgment that direct parent-child contact will have to be reconsidered. There will be zero tolerance for any parent who recklessly exposes a child (or members of the child’s household) to any COVID-19 risk,” he wrote. “But no matter how difficult the challenge, for the sake of the child, we have to find ways to maintain important parental relationships — and above all, we have to find ways to do it safely.”

Parents should not presume the existence of the COVID-19 crisis will automatically result in a suspension of in-person parenting time, wrote Justice Pazaratz.

“They should not even presume that raising COVID-19 considerations will necessarily result in an urgent hearing,” he wrote. “We will deal with COVID-19 parenting issues on a case-by-case basis.”

Nicholas Bala, professor of family law at Queen’s University, said the message Justice Pazaratz was trying to impart was that “seeing the other parent is an essential service.”

“There is a balance that is going on and he is advising how that balance should be taken with respect to children whose parents have separated, just as the premier has said there is a tradeoff between going to the liquor stores and shutting them down,” he said. “And the judge has been given this responsibility by society to say what is our starting point. And he does recognize that there can be exceptions, but you are going to have to show how you are fitting into one of the exceptions.”

Bala noted whenever a person is caring for a child there is risk, such as ensuring they are being fed or the proper car seat is being used.

“These are stressful times and we could say that there is a risk of a child going to another house. But that is limited, so there must be a balance,” he said. “You have to demonstrate to the court evidence of significant risk, not that I just didn’t trust that person or a year ago he did something unsafe so he might do something unsafe again. That is not going to be enough.”

However, there have been some decisions which reached a slightly different conclusion than Ribeiro. In C.Y. v. F.R. 2020 ONSC 1875, Justice James Diamond ordered two children to be returned to their mother after their father, who had recently returned from a trip to Brazil, removed the children without the mother’s consent. It was noted that the two children in the case had apparently fell ill and the father still took them out, including visiting their grandmother.

On March 15, Ontario Superior Court Chief Justice Geoffrey B. Morawetz issued a notice to the profession on civil and family proceedings, which said only urgent family law events, as determined by a presiding justice, or events that are required to be heard by statute, would be heard during the emergency period, such as requests for relief relating to the safety of a child or parent and issues involving wrongful removal or detention.

“But it was the different findings in cases like Ribeiro and C.Y. which led lawyers such as John Syrtash of Garfin Zeidenberg LLP to seek guidance on what is and isn’t an urgent matter in the time of COVID-19. And Justice Morawetz later updated the notice to further clarify matters which would be heard, starting April 6. Remote hearings were expanded into include requests for consent orders and case conferences, with the latter subject to a potential limit on the number of issues which could be addressed.

Syrtash said he welcomed the guidance, but noted different provisions were established for each superior court across the province, with clear requirements for large population areas such as Toronto but the other superior court locations, such as those in northern Ontario, do not have much detail on what urgent matters are beyond the overall framework. He added he would also like to see some guidance from the Ontario Court of Justice.

“It is still going to be a hornet’s nest to figure out because they don’t want to open the floodgates to every kind of claim — it will be very much left up to the discretion of the judges,” he said. “Now people are suddenly coming before the court and saying someone is using COVID-19 to avoid letting them see their child. So, the courts must decide whether that is sufficiently urgent, so I suspect you are going to have cases which are easier to take care of in Toronto than in Newmarket, for example. But a good lawyer will argue urgency, and in the alternative, they will argue the case is pressing or rely on the Toronto guidance.”

Brian Burke of Epstein Cole LLP said the updated notice has greatly clarified what can be brought as an urgent matter “because before everyone was wondering what you can and can’t do about COVID-19.” But he added people also have to be sensible and prudent “or we are going to have a million case conferences.”

“We have to be focusing on needs, not wants, right now — and minimums, not desires. So, if you come in with desires and wants that is not going to fly and you will be shot down,” he said. “And you have to use your best judgment — in many cases people don’t like their separated spouses and are often doing things based on negative feelings, but the way to resolve this is everybody needs to use their high degree of reasonableness and prudence knowing that this too shall pass and they will have their opportunity to get what justice requires in due course. We need to have kids who feel stable in a very unstable time.”

Burke said every regional court in Ontario operates in a different manner, which could help to explain the difference in the detail the Superior Court has offered.

“In areas where it is less detailed, I feel that local practice has developed which I suspect is not going to create a problem,” he said. “I think it is probably brief by design and the local counsel will work it out — you usually end up knowing the trial co-ordinator and they know your firm, so it can be dealt with in a sensible fashion.”

The decisions issued before the court issued the updated notice are not quite as important as they were before but “Justice Pazaratz’s decision is still excellent guidance,” said Syrtash.

“The courts have reconfirmed that you can bring a motion on an urgent basis, so if you have a court order and somebody doesn’t obey it by retaining a child or refusing access, the tendency in the recent case law is that, in the absence of the child being sick, COVID-19 is frankly less important than contact between children and a parent when that parent is deemed to be taking the necessary precautions,” he said.

Burke said the new guidance, coupled with the previous court decisions, “gets us closer to a sense of justice as we know it.”

“It is not simply triaging the people who are metaphorically bleeding very badly, but also those people who say my arm is broken and they are fixing those elements,” he said. “And then they will expand to people who say they have a cold, can I get some antibiotics. I think mostly the reason they can’t do that now is certainly not the will of the judges, it is simply a function of technology — but for that fact, I think things would be pretty close to usual.”

And the courts will be using technology such as videoconferencing service Zoom to hear important matters, while also relying on Mr. Bell’s faithful old telephone. Bala noted courts are slow to adapt to new technology but sees its use as being the future of the system even when the nation emerges from the pandemic.

“Security is going to be an issue, but it is not an insurmountable one,” he said. “There are silver linings to this terrible crisis, and I hope that some of these changes will remain at the end of the crisis. But family law is one area where face-to-face meetings are important, so it is one area where we will still have to have that option.”

Syrtash said one thing he would like to see in the future is courts getting the ability to better handle virtual hearings.

“I would like to see more money going into technology to deal with all issues in family law, because in family court there are about 17 different levels of urgency,” he said. “But they don’t want to open up every case to the public, especially if it is a case conference, and obviously they need to make sure these things are secure.”

The Association of Family and Conciliation Courts (AFCC), Ontario Chapter, has established a COVID-19 “research library” which lists the court decisions and resources related to family law and the pandemic. More information can be found here.

Editor’s note: This article has been updated to change the name of a proceeding as ordered by the Superior Court of Justice.