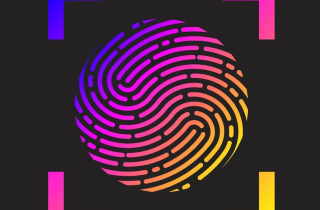 The Ontario government’s use of the Emergency Management and Civil Protection Act now requires that individuals identify themselves to police upon demand where a person is being charged with an offence under this Act. The reasoning behind this is to ensure that individuals are complying with emergency orders. Offences include working in non-essential jobs or failing to self-isolate if ordered during the COVID-19 panic. Failing to identify carries with it a fine of $750 to $1,000 depending on the charge.

Similarly, when charged with an offence, a person has the right to remain silent and not co-operate with police to provide their identify. Police are empowered to arrest and hold a person to “establish the identity of the person” but are not to do so if they believe that they can do so without arresting the person. The right not to identify oneself may have consequences in being held or further investigated, but it is generally not a crime in and of itself outside of certain limited offences such as those related to remaining at the scene of an accident involving a conveyance.

The balance between freedom and security is a constant struggle in a free and just society. Freedoms are often only able to be exercised in a society where security exists. Security is the right to be free of interference by others. It can mean the constraint on one individual in order to respect the rights and freedoms of another.

Our society relies on the rule of law to respect the rights and freedoms of the individual in balance to each person’s security of the person. In the present pandemic, the security of the collective good is impacting on the rights and liberties of individuals. The provincial government has taken this step in an attempt to preserve the health and welfare of everyone.

However, the impact to individual liberty should not go by unnoticed. Even in a time of emergency, the rights of an individual should be impacted as little as possible. The best intentions often lead to the worst places. There are many groups who have faced oppression and disadvantage in the past who were first required to identify themselves when demanded by the state.

It is because of this cultural memory that so many fear actions such as this. While it may seem like a small imposition to ensure a safety in a fluid situation, it can also be viewed as a first step in a slippery slope. It will fall on lawyers and courts to make sure that this step, and any others, are imposed for a rationale end, enforced in a reasonable way and only where demonstrably justified in a free and democratic society.

Our law and our justice system balance such competing interests every day. They exist for this very purpose, to respect the competing interests of various people and to resolve the disputes between them. The COVID-19 pandemic which we all face is impacting all parts of society including our views on justice. It will be up to the courts to ensure that any limitations on liberty are constrained by respect for individual rights under the Charter.

It is times like this that the importance of an independent judicial system is highlighted. Only a strong and independent judiciary has the power to measure and balance state action with individual freedom. Total security sacrifices individual freedom. Total freedom forfeits security. Society should not be a jail nor should it be lawless. Freedom and security are flip sides of the same coin.

We must never sacrifice one for the other but instead strive for a balance between the two. Only with security can a person exercise their freedom and only with freedom can a person enjoy the security that exists.