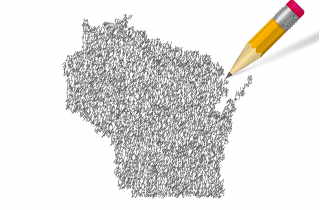 Wisconsin election schmozzle lesson for everyone

Does anyone remember the Iowa caucus voting app disaster? Way back in the halcyon days of Feb. 5, 2020 B.C. (Before COVID-19), voters in Iowa hoping to choose the next Democratic presidential candidate found themselves in a technological quagmire when the software developer could not determine who the next Democratic winner in that state was, and counting the votes took several days to figure out.

Several weeks and a global pandemic later, gathering restrictions across the globe have meant the shuttering of concerts, fairs, movie theatres, restaurants, schools, conferences and polling stations. Mercifully, this has not meant a tinkering with election apps. Russia, which was planning a referendum on constitutional changes on April 22, has pushed back that election, as have other countries scheduled to go to the polls in spring 2020 such as Macedonia, Serbia, the U.K., Italy, Poland and others.

Areas where the election calendar cannot simply be amended seem to have instead embraced vote-by-mail. Gov. Mike DeWine of Ohio has decided the 2020 presidential primary will be exclusively vote-by-mail and, and Saskatchewan, which has provincial elections scheduled for November 2020 is already promoting mail-in ballots on its homepage.

Reasons are pretty straightforward: vote by mail is already built into many election legislative frameworks as absentee ballots, meaning election administrators need only to “ramp up” that part of the voting options to include all electors, not just those who cannot vote on polling day.

Vote-by-mail has very few detractors and it requires less poll workers than a typical polling station to administer. It also helps “clean up” election rolls as voters must register in advance of polling day to get their ballot in the mail, which eliminates arguments of electoral fraud.

Like most other governors in the United States around this time, Wisconsin Gov. Tony Evers issued a “shelter in place” order on March 23, meaning traditional polling locations where voters line up, present photo ID and mark paper ballots and physically put their ballots in sealed boxes, were no longer allowed.

The election commissioner of Wisconsin, Meagan Wolfe, rightfully redirected her staff’s efforts towards “absentee ballots” and given the age and demographics of poll workers in the state, typically older retirees, this seemed prudent and in line with what other states were doing.

Shortly after Evers’s directive, what can only be described as a Veruca Salt-esque meltdown took place by the Republican majority in the state legislature, who insisted that Wisconsin voters mix COVID-19 and civic duty in a dizzying frenzy of events over the last couple of days that has included emergency orders, a puzzling Wisconsin Supreme Court decision (which you can read here) and a U.S. Supreme Court decision on the same day.

The only other person who thought that physical polling stations during a pandemic is a good idea is, unsurprisingly, President Donald Trump.

Given that neither Sen. Bernie Sanders nor Vice-President Joe Biden are campaigning right now and that neither of them will hold any in-person events in the near future, the question as to why Wisconsin was so pressed to move forward with in-person voting remains a curious one.

No doubt politics are at play (voter turnout will likely be low), and poll workers will stay home, meaning staffing will be challenging. Some of the solutions proposed, such as plexiglass voting booths, are expensive and will confuse and intimidate voters who are simply trying to do their civic duty under what can only be described as unprecedented circumstances.

One state that is sitting on easy election street long before COVID-19 is Oregon. Oregon implemented vote-by-mail exclusively for the entire state in 1998 for all levels of election (municipal, state, Senate, House and presidential) and never looked back. Vote by mail has an over 81 per cent approval rating among Oregonians, and their voter turnout is the envy of the rest of the United States.

Much like Canadians receive a voter information card prior to their elections, Oregonians on the list of electors are automatically sent their ballot in the mail along with a prepaid envelope to mail it back. Electors wanting a polling day experience, or who simply forgot to mail their ballot on time, can drop off their envelopes at designated polling boxes — secured boxes in public libraries all over the state which is available on election day only. This simplified process has allowed Oregonians to focus on other things in 2020 other than court challenges and retrofitted polling booths: like sending ventilators to hard-hit areas of the United States and flattening the curve.

As we slowly settle in to the new realities that have befallen our legal, educational, working and consumer activities, when in a pinch, universal vote by mail can be a good solution when traditional polling options need to be reconsidered. No one should have to choose between their franchise and their health.

Stéphanie Plante is executive director with the International Commission of Jurists-Canada and an election consultant who has provided services and expertise in jurisdictions across Canada and around the world. She is currently the francophone liaison for Take Me Outside and Twice Upon a Time. E-mail her at stephanie.plante@icjcanada.org.