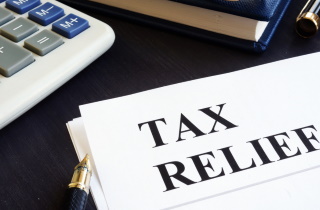 In response to the COVID-19 pandemic, the Canadian government has announced various economic measures to help stabilize the economy. These measures are intended to provide direct support to Canadian workers and businesses. This article will provide a brief summary of the key tax measures that were included with this announcement. According to the Department of Finance, the aggregate 2020-2021 impact of the tax measures described in this article is nearly $163 billion.

The CRA will permit all taxpayers, including businesses, to defer until Sept. 1, 2020, the payment of any amounts on account their income tax liabilities that become owing on or after March 18 and before September. This relief applies to income tax balances due, as well as instalments on account of such taxes. CRA will not charge interest or penalties on these amounts during this period.

It should be noted that the timing of payment of other Canadian taxes, including payroll taxes and non-resident withholding taxes, are not deferred.

The deadline for businesses to file their GST/HST returns remains unchanged. However, CRA has stated that it won’t impose penalties where a return is filed late, as long as it is filed by June 30.

The Canada Border Services Agency announced that it will allow businesses to defer some payments of customs duties owing on imports until June 30. This includes charges on an importer’s statement of account of March, which ordinarily would be due on April 1.

Suspension of audit and collections activity

CRA has indicated that it will not contact any small or medium businesses to initiate any post assessment GST/HST or income tax audits until after April 15 and the CRA will temporarily suspend audit interaction with taxpayers and representatives for the “vast majority of businesses.”

Further, CRA collections activities with respect to new debts has be suspended until further notice.

Certain “eligible employers” who qualify for the Temporary Wage Subsidy for Employers (TWSE) for a period of three months may reduce the amount of tax deductions required to be remitted to CRA. Generally, eligible employers include individuals (not trusts), certain Canadian-controlled private corporations that are eligible for the small business deduction and certain partnerships, as well as non-profit organizations and charities.

There is no requirement to apply for the TWSE. Employers will continue to deduct income tax, Canada Pension Plan (CPP) contributions, and Employment Insurance (EI) premiums from salary, wages, bonuses or other remuneration paid to employees. The TWSE is calculated by the employer at the time it remits these amounts to the CRA and it may reduce the amount of the payroll remittance in respect of the federal, provincial or territorial income tax by the amount of the TWSE. The amount of CPP contributions or EI premiums to be remitted for this period is not reduced.

Employers who benefit from the TWSE are required to include the amount of reduced remittances in computing their income for tax purposes in that taxation year.

The Canadian government has also proposed to introduce the Canada Emergency Wage Subsidy (CEWS). The details of the CEWS will not be complete until legislation is released but, at this stage, it is expected to be a monthly subsidy payable to eligible employers equal to 75 per cent of the first $58,700 of salary, wages and other remuneration paid to employees (up to $847 per week per employee) during the period from March 15 to June 6.

Eligible employers will include individuals, partnerships, taxable corporations (whether or not they are public or private, or Canadian or foreign-controlled), not-for-profit organization and registered charities.

To claim the CEWS, eligible employers will be required to attest to a reduction of gross revenue of at least 30 per cent on a monthly basis when compared to the same month in 2019. There is currently no proposed maximum subsidy that an eligible employer may claim.

The Canadian government has stated that the CRA will accept monthly applications through an online portal which it is in the process of creating. The minister of Finance expects that monthly payments to employers will begin before the middle of May.

Employers who benefit from the CEWS will be required to include the amount received in computing their income for tax purposes in that taxation year.

The CEWS will be available in addition to the TWSE, described above. Employers who are eligible for both programs may only claim a subsidy under one.

The announcements related to CEWS have cautioned that businesses that make inappropriate claims for subsidy will be subject to significant penalties. Given some of the uncertainty still surrounding this proposal, it may be prudent for businesses to wait until legislation is available before taking steps to recall employees from layoff or to restart payments to employees.

The Canadian government has also announced a special payment to be made on April 9 through the GST credit (GSTC). The payment will double the maximum annual GSTC payment amounts for the 2019-2020 benefit year. The minister of Finance (Canada) estimated that the average increase to income for those benefiting from this measure will be approximately $400 for single individuals and nearly $600 for couples.

Finally, the Canadian government says it will reduce by 25 per cent the amount that is required to be withdrawn from a registered retirement income fund (RRIF). Presumably, this measure is intended to assist seniors who would otherwise be compelled to dispose of RRIF assets that may have drastically dropped in value in recent weeks as a result of falling stock market indexes.

Christopher Steeves is a partner and leader of the tax practice group for Fasken. Based in Toronto, Steeves assists businesses with Canadian income tax matters, including the resolution of disputes with tax authorities.