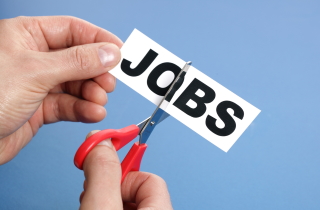 As Natalie MacDonald sees it, flexibility is the core strategy for employers and employees seeking to survive the vortex of economic chaos and COVID-19 that now permeates our society and the world.

“Employers, if the employee can use their vacation or pay in lieu of time off, let them,” said the veteran lawyer, whose Toronto workplace law boutique, MacDonald & Associates, represents both employers and employees. “And employees, if employers do not have your written agreement to lay you off, and ask you to do it, let them.”

The message of flexibility, MacDonald says, is also something workplace law lawyers on both sides of the fence should bear in mind.

“In times like this, we should be remembering our ethical and professional duties and take pains to extend courtesies to our colleagues,” MacDonald said. “Unfortunately, I’ve seen too many people try to profit from this situation and that’s something that as individuals, as professionals and as a society, we definitely don’t want to do.”

Government aid aside, MacDonald notes, employers have had no choice but to conduct massive layoffs in order to save their businesses.

“But at the same time, they should be making every effort to assist their employees,” she said.

Confusing the situations are the oft-conflicting messages about rights and responsibilities, particularly with regard to layoffs. Under Ontario’s Employment Standards Act, layoffs can trigger an automatic termination provision that could see employers liable for up to 35 weeks’ damages.

“There has been a great deal of public commentary which has suggested that it is illegal to lay off staff as a result of the collapsed demand caused by the pandemic,” said Ryan Conlin of Toronto employment and regulatory law boutique Stringer LLP, who represents management. “Even worse, it has been suggested that such employers could face massive liability for damages if such layoffs were initiated.”

While Canadian courts have for the most part treated non-union employees who have been laid off as having been terminated, COVID-19 presents a novel scenario.

“None of these cases were adjudicated in the context of a pandemic that essentially shut down the world’s economy and even ordinary social interaction,” Conlin said. “It is quite conceivable that courts will take a dim view of employees running off to court seeking damages for constructive dismissal where a business has been shut down for a relatively short and defined period in response to the crisis.”

And, Conlin added, employers who have been required to close by provincial or other authorities, would have an even stronger case to avoid liability.

As to quantum, and given employees’ duty to mitigate, it’s unlikely that employers’ exposure would extend beyond the actual period of layoff.

“In the vast majority of cases, it will be difficult for an employee to argue that a reasonable person would not have accepted an offer to return to work at the same position, same rate of pay and same working conditions,” Conlin said.

Ultimately, both employers and employees should be thinking long term.

“It should never be forgotten that employment law is an inherently practical exercise,” Conlin said. “In this environment, most employees would likely be grateful to have a job to which they can return, so a lawsuit for the time they were laid off due to a global pandemic is probably not top of mind.”

Government intervention to protect business owners from claims resulting from pandemic-related layoffs, Conlin added, may also be on the table.

For her part, MacDonald is hopeful that employers and employees can get beyond strict legal considerations.

“This is now the time to remain flexible and open, to help one another, not hurt one another, and to do this not only because we want to ensure our future, but because it is the human thing to do,” she said.