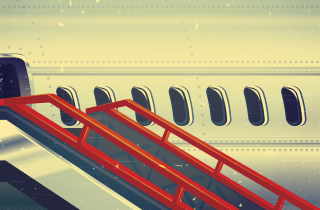 Severe acute respiratory syndrome, coronavirus 2, SARS-CoV-2 (COVID-19), a betacoronavirus, with a fulminant atypical pneumonia presentation, sharing a high sequence identity with that of SARS-CoV-1 and bat-SARS-like coronavirus — the global pandemic of 2020 has affected every continent except Antarctica where no humans live.

The convention on International Civil Aviation (Convention), International Civil Aviation Organization (ICAO), U.S., Regulation (EC) No. 216/2008, Regulation (EC) No. 216/2008, Canadian and other law must adapt to reflect the 21st century. Airworthiness is the measure of an aircraft being suitable for a safe flight. Aerosol and fomite (objects or materials that are likely to carry infection, such as elevator buttons or bathroom taps) transmission of COVID-19 is plausible because viruses can propagate or function properly and are infectious in aerosols for hours and on surfaces for days.

Dr. Tedros Adhanom Ghebreyesus, the World Health Organization’s (WHO) Director General and Dr. Anthony Fauci, Director of the National Institute of Allergy and Infectious Diseases, indicated that the RNA viruses emanated from China, have mutated and are transmitted from human to human as they are what we call “RNA” viruses, or those that have mainly RNA as their genetic material (one being COVID-19), in comparison to DNA. RNA viruses mutate constantly and do not have the mechanisms to correct these mistakes like those of human cells, which replicate with DNA. The mistakes appear in the genetic sequence coding for the corona protein with a total length of 1,273 amino acids showing 27 amino acid substitutions (a mutation).

Since 2002, COVID-19 has been a perfect example where multiple genes of a virus have exceptionally high mutation rates since its origin, causing it to be more severe in some cases or transmit more easily and depending on the temperature. According to scientists, the coronavirus thrives in cold and dry conditions and may not be a stranger next winter if it wanes over the summer.

Not long ago, accurate RNA detection was decisive in the diagnosis of COVID-19 through the COVID-19 RT-PCR test, a real time reverse transcription polymerase chain reaction, for the qualitative detection of the SARS-CoV-2 RNA, and next generation sequencing has facilitated the identification of the pathogen. The amino acid sequence of COVID-19 is different from other coronaviruses, particularly in the regions of 1ab polyprotein and surface glycoprotein or S protein.

The first novel coronavirus genome sequence of COVID-19 was discovered on Jan. 10 and was deposited in the GenBank database and uploaded to the Global Initiative on Sharing All Influenza Data. By Jan. 20, Thailand, Japan and South Korea confirmed all cases were exported from China. France reported its first case on Jan. 24 and Germany reported cases related to an individual visiting from China.

Brazilian scientists conducted preliminary studies, which showed the virus in Brazil to be different from the one observed in Wuhan, China by three mutations, two of which draw the virus close to the strain detected in the Bavarian region of Germany.

COVID-19 spread so quickly throughout Wuhan because it is a densely populated area. With international business travellers and tourists leaving China, individuals asymptomatic or ill with the virus transmitted to others on airplanes, which were densely packed and often delayed, and with many having no ventilation system. When airplanes were ventilated, the bleed air supply was a mixture of fresh, cold air from outside and recirculated air from the cabin. The airworthiness in aircrafts were compromised, violating the U.S. Code of Federal Regulations, 14 CFR s. 91.7 — civil aircraft airworthiness: “a) No person may operate a civil aircraft unless it is in an airworthy condition.”

The Canadian counterpart is the Canadian Aviation Regulations, SOR/96-433 (s. 521.30), which states: “The Minister shall establish, in respect of an aeronautical product, a certification basis consisting of: a) subject to subsections (2) and (5), the applicable standards of airworthiness referred to in s. 521.31 that are in force on the date of application for the type certificate.”

Regulation (EC) No. 216/2008 of the European Parliament and of the Council of Feb. 20, 2008 included the common rules in the field of civil aviation and established a European Aviation Safety Agency, repealing Council Directive 91/670/EEC, Regulation (EC) No. 1592/2002 and Directive 2004/36/E. Currently, the United Kingdom is a member state of the European Aviation Safety Agency, Article 20, until Dec. 31, when the U.K. Civil Aviation Authority will assume responsibility over the airworthiness of aircraft in the U.K.

Aside from human to human transmission of the virus, which mainly occurs through saliva droplets and direct and indirect contact with surfaces, Dr. Neeltje van Doremalen et al have raised a legitimate concern over aerosol and surface transmission in a study published by the New England Journal of Medicine titled “Aerosol and Surface Stability of SARS-CoV-2 as Compared with SARS-CoV-1.”

Their data comprised 10 experimental conditions with the two viruses in five environmental conditions — aerosols, plastic, stainless steel, copper and cardboard. The strength to stand or endure SARS-CoV-2 was equivalent to that of SARS-CoV-1 under the study of van Doremalen et al indicating differences of epidemiologic characteristics of SARS-CoV-2 and the latter, which probably come about from other factors such as high viral burden (high numerical expression of the virus quantity in a given volume) in the upper respiratory tract (nose and nasal passages, paranasal sinuses, the pharynx and part of the larynx) and the possibility of individuals affected with asymptomatic SARS-CoV-2 to shed and transmit the virus.

The Convention on International Civil Aviation (Chicago Convention) received its 26th ratification on March 5, 1947. After ratification, the ICAO was born, on April 4, 1947, becoming a specialized agency of the United Nations connected to the Economic and Social Council.

Although Article 14 of the convention defines COVID-19 as a communicable disease, thereby dealing with the prevention of the spread of disease, Article 35, which reflects cargo restrictions, speaks of “munitions.” In the Cambridge Dictionary, munitions are defined as “military weapons — guns and bombs” as well as “implements” that take into account “a tool or other piece of equipment for doing work” or “implements of work,” which include arms, ammunition, weaponry and defence systems. Black’s Law Dictionary, international law and U.S. statutes do not include “communicable diseases” under “munitions of war.”

Given the pandemic, Article 37(e) — adoption of international standards and procedures — requires a change to reflect certain issues in countries.

With the significant number of cases and the severe implications of the virus, COVID-19 is the biggest public health threat in the world. The Convention on International Civil Aviation, the ICAO, as well as U.S., U.K., Canadian and other law, must give due consideration to the new implications of coronaviruses.