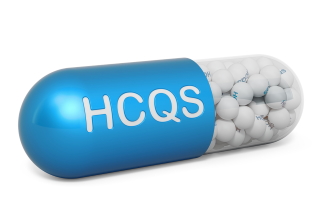 Hydroxychloroquine and the Hippocratic oath

The quote is so popular that most people have heard it: primium non nocere, or “first, do no harm.” This abstentionist principle, more often referred to as the Hippocratic Oath, has almost entirely encapsulated the essence of medical ethics since its first formulation in 410 BC. Today, its wisdom resonates as much in medical research ethics committees as in Quebec’s Code of Ethics of Physicians, where ss. 47 and 48 directly draw this age-old principle into substantive law:

“47. A physician must avoid omissions, procedures or acts which are unsuitable or contrary to the current information in medical science.

“48. A physician must not resort to insufficiently tested examinations, investigations or treatments, unless they are part of a recognized research project and carried out in a recognized scientific milieu.”

Although the current pandemic forces us to revisit several dogmas formerly held as sacrosanct, this principle should not be thrown out with the proverbial bathwater. It is therefore with great caution that we should consider the public outings of politicians and even physicians calling for the use of hydroxychloroquine as post-exposure prophylaxis despite the lack of evidence confirming its effectiveness. One thinks, for example, of New York State Governor Andrew Cuomo and U.S. President Donald Trump, who already toute it as “one of the biggest game changers in the history of medicine.”

Obviously, one cannot be against the idea of ​​solving a pandemic through drug development. It is also clear that all reasonable measures must be taken to limit both its human and economic tolls. Yet, this cannot be done by violating the cardinal principle of modern medicine. Still, this is precisely what has been argued by many proponents for the past few weeks.

Hydroxychloroquine has been a known agent since 1955, and is generally indicated in rheumatology, especially in the treatment of rheumatoid arthritis and systemic lupus erythematosus. The fact that it is a well-known, inexpensive and readily available drug makes it an attractive candidate to curb a global crisis. It is, however, not without side effects, which go from headaches, loss of appetite, nausea, mood swings and weight loss to incidences of cardiac toxicity and irreversible retinal damage when consumed in large quantities. These side effects are well documented and stem from observations based on over 65 years of clinical use and research.

As for evidence of efficacy of hydroxychloroquine to cure, or even manage COVID-19? As of now, all indications seem, at best, anecdotal. To date, some in vitro tests have suggested that its administration could slow Sars-CoV-2 propagation, the virus behind COVID-19. However, recent human trials, although too small to be authoritative in any way, tend to show that the use of hydroxychloroquine does not facilitate remission in infected patients. Small studies in France also point to a “favorable evolution” of patients who used it, but their methodology was heavily criticized by the international medical community.

In short, it is too early to weigh in on the potential effectiveness of the drug in treating the disease that afflicts us, but not its side effects. This being the case, subjecting patients to documented risks for uncertain benefits can only represent a head-on violation of the oath which should guide both public and private health decisions: first, do no harm.

This issue also raises the argument whether physicians could, by following a state-imposed request or protocol to prescribe the molecule for COVID-19, be held liable for what could be seen as the conduct of an “insufficiently tested” treatment. One can also wonder about the fact that RAMQ (the government health insurance board in the province of Quebec), and other drug insurance schemes generally only cover the cost of treatments that are “medically required” (Health Insurance Act, L.S.Q.). This therefore raises as much legal questions as ethical ones, most of which are likely to fall on physicians whose medical judgment now appears more political than ever.

Another source of harm lies in the early craze for the molecule caused by its early proponents. As stocks are now the object of great hope and security considerations, many patients whose condition requires it now have serious difficulties getting a drug they need — and demonstrably so. By allowing states and hospitals to ration a drug for purposes for which we do not know it can be used, we are effectively denying these people effective treatment. Again, we do harm without potentially doing any good.

In short, science is known not to take shortcuts, and our conception of medical ethics and disciplinary law should do the same. Hope is necessary in any stressful situation, and the one currently afflicting us is certainly an immense challenge. However, we better face uncertainty with reasoned optimism than rush to a promised land that could be nothing more than a mirage. As Aristotle — funnily enough, a contemporary of Hippocrates — famously said, patience is often bitter, but its fruit is always sweet.

Joël Roy is a lawyer at Mercier Leduc LLP, and is an author and speaker in ethics and disciplinary law applied to healthcare.