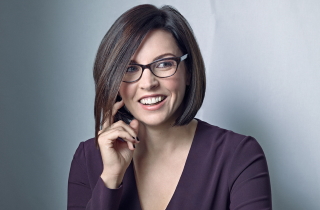 An Ontario Court of Appeal decision to reduce a sentence by five months due to post-verdict delay highlights the “lack of institutional resources” to obtain Gladue reports and its effect on the justice system. Counsel involved in the case said lawyers should be “mindful” of delays and review them against this decision to see if there’s a remedy that may be applied.

In R. v. Hartling, 2020 ONCA 243 the court heard that the appellant, Gordon Hartling, was convicted of aggravated assault against his mother, assault causing bodily harm against her boyfriend and two counts of breach of probation after an evening of drinking between the three parties turned into an argument.

According to court documents, Hartling was sentenced to 30 months in custody.

Hartling appealed both his conviction and sentence. The Court of Appeal outlined the three issues in his principle argument as: “(i) the trial judge misapprehended the forensic evidence; (ii) he erred in admitting the statements to the first responders; and (iii) he erred in not applying the Kienapple principle to the breach of probation charges.”

Hartling also submitted a fresh evidence application, raising issues of “(i) the fresh evidence of a blood spatter; (ii) breach of his s. 11(b) rights before and after conviction; (iii) ineffective assistance of trial counsel because no blood analysis expert was called and his s. 10(b) rights were not pursued with respect to his statement” to police.

According to court documents, Hartling sought a new trial or a “reduced sentence to remedy the post-verdict sentencing delay.”

Although the Court of Appeal did not admit the fresh evidence and dismissed the conviction appeal, it allowed the sentence appeal in part due to the post-verdict delay.

“There is no doubt that the trial was plagued with delay,” wrote Justice Mary Lou Benotto.

Although the court acknowledged that fact, it determined that the pre-verdict delay did not “surpass the presumptive ceiling” and therefore did not cause a s. 11(b) breach.

However, the “post-verdict delay is another matter,” noted Justice Benotto.

“It took 14 months after conviction for the sentence to be imposed. This delay was not caused by ineffective judicial management. It was not caused by the appellant, nor was it caused directly by the actions of the prosecutor. It was caused by the lack of institutional resources to obtain a Gladue report,” she explained.

According to court documents, Hartling’s trial counsel obtained an order for a Gladue report upon his conviction, but the court administration services denied funding.

“At the time – as difficult to understand as it seems – there was only one Gladue writer in the Algoma district. There were no Gladue writers provided by Aboriginal Legal Services in the Algoma district. Therefore, there were only two options: (a) paying privately out of pocket; or (b) obtaining Legal Aid funding. Ultimately, the appellant, with the assistance of his counsel, chose to pay privately,” Justice Benotto noted.

The court noted that a “presumptive ceiling of five months was set for the time from verdict to sentence” to address post-verdict delays in R. v. Charley 2019 ONCA 726.

“Five months is the point at which post-verdict delay to sentence becomes presumptively unreasonable. Fourteen months is nearly three times the delay,” stressed Justice Benotto, as she went on to reject the Crown’s submission that the issues with the Gladue report caused “extraordinary circumstances.”

The judge noted that it “cannot be said that it is exceptional to require a Gladue report in the Algoma district where there is a large Indigenous population.”

“Gladue reports were created in order to address systemic injustice that uniquely affects Indigenous offenders, and which leads to overrepresentation in the criminal justice system. A long delay undermines the purpose of the Gladue report by creating another level of unfairness. Moreover, to submit that the preparation of such a report is exceptional is untenable,” she added.

The Crown also argued that there should be no remedy for post-verdict delay because the Hartling case was already “in the system” on the release of Charley. Justice Benotto disagreed.

“The appropriate and just remedy here should target the sentence, not the conviction,” determined Justice Benotto, noting that it “would bring the administration of justice into disrepute to stay the conviction.”

“On the other hand,” she added, “delay in sentencing causes prejudice to the offender and to society. The offender is unable to begin rebuilding a life, rehabilitation is impacted, and the offender lives with the anxiety of an uncertain future.”

The court noted that delay was “not considered when the appellant was sentenced to 30 months incarceration” and that the delay, which led to a Charter breach, “is a circumstance giving rise to enhanced mitigation.”

“As with mitigating circumstances generally, there can be no automatic or formulaic calculation of the reduction in sentence. Nor can a firm principle be established based on one case. The jurisprudence will — as always — develop with each case determined on its own particular facts, considering the offence, the offender, the length of the delay, the circumstances of the delay and any other relevant factors. Here, the offence was serious. The appellant did nothing to contribute to the delay. The delay was caused by a failure to provide adequate services to a vulnerable segment of society. The appellant was required to wait over a year to have his future determined. These are serious factors which caused a significant Charter breach,” wrote Justice Benotto, with Justices David Paciocco and Julie Thorburn in agreement, in a decision released April 3.

Danielle Robitaille, a partner at Henein Hutchison LLP and counsel for the appellant, said this decision is an application of Charley, which set a “presumptive ceiling of five months for post-verdict delay.”

“In Charley, that ceiling was not met and so there was no opportunity to affect a remedy in the Charley decision. In Hartling, we see the Ontario Court of Appeal finding that the presumptive ceiling was breached and applying a remedy of a five-month reduction in the sentence,” she noted.

Robitaille said that counsel, particularly when they’re preparing appeals, should be mindful and “look at any delay between the verdict and the sentence and assess it against the framework of Charley, and now expanded upon in Hartling, to see if there’s a remedy that ought to be applied.”

She noted the decision has “application on two fronts.”

“One is the straight application of the Charley decision on post-verdict delay. And secondly, the court saying ‘look, Gladue writers are important institutional resources that need to be funded appropriately, so that these reports can be turned around in a sensible time period.’ It’s important on those two issues and counsel should be mindful of them,” she added.

The Ministry of the Attorney General did not respond to request for comment.