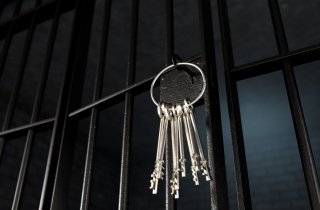 Above and beyond risk aversion, what the examples in the first part of this series show is that the bail system has turned into one where the accused person is required to jump through multiple hoops in order to access what is otherwise their constitutional right. In some contexts, the law on the books has simply been ignored and in others, interpreted in ways that fly in the face of the rights of the accused. In this way, we have come to treat bail as a privilege rather than a right.

As can be seen from the examples provided, despite the fact that many have pointed to the prevalence of risk aversion on the part of justice system participants as being the culprit for the bail problem in Ontario, the problem seems to be more deeply-rooted than that. If the bail problem was due exclusively to the risk aversion on the part of the players in the system, we would arguably see the same patterns from our bail courts in our plea courts. But we do not.

As anyone who has ever tried to negotiate a bail release knows, it is not uncommon for the Crown to be seeking detention when it comes to bail but to offer an extremely lenient sentencing position if the accused were to enter a guilty plea. If it was all about risk, one would expect that lenient sentencing positions would not be available to accused persons, given that the risk posed by them being in the community is the same whether they are on bail or serving a sentence therein.

Similarly, if the issue was only one of risk aversion, one would assume that an accused with a lengthy criminal record but without any prior breaches while on bail, despite having been on release multiple times in the past, would be automatically entitled to bail. Again, as those who have ever had a client in this situation will attest to, this is far from the reality of what happens in bail court.

It is also noteworthy that media attention to the issue of bail has not helped the fight to change the lens through which it is viewed. Multiple police chiefs in different jurisdictions in Ontario have taken to the media over the last year to voice criticism of the courts for being too lenient when it comes to bail, even when speaking about low-level crimes where there is no violence alleged. Some have coined terms such as “catch and release” to describe bail courts and accused persons who are released over and over again when they are alleged to have committed offences while out on bail. These accused persons are described in the media as facing no consequences for their actions given that they are released over and over again.

What these criticisms do not take into account, of course, is that an accused person who is released on bail enjoys the presumption of innocence, thus rendering any talk of facing consequences inappropriate and premature. It is also noteworthy that the same criticisms are either not voiced, or reported, in the context of sentencing decisions which may very well see the same accused persons referred to in the bail context released back into the community over and over again after entering guilty pleas.

The only way to account for this discrepancy between the bail and sentencing regimes is that bail has lost its status as a presumptive right. It should not be all that surprising, then, that all of the proposed solutions to the bail problem have not succeeded, as not only are they not aimed at fixing the actual problem but are focused on treating the symptoms of the problem rather than the problem itself. The newly-created judicial referral hearings provide an excellent example of this.

While these hearings were created with the intention of streamlining administration of justice offences where there is no harm to victims, they remain available solely at the discretion of the police or the Crown. By enacting this provision, Parliament has essentially created a release valve to get a handful of cases out of the bail courts and deal with them in a more expeditious manner. This is a way of treating a symptom — namely, the overburdened bail courts — rather than being a solution to the issues that have been exacerbated over decades in our bail courts.

It does not provide meaningful access to justice for accused persons who have no ability to refer themselves to such hearings. While it is a noble feat for Parliament to acknowledge that we should no longer be concerned about breaches of terms on releases that likely should not have been imposed in the first place, the measure simply does not go far enough to fix the real problem and to recalibrate the bail lens.

While the situation may seem more dire than ever, there is the possibility for real change in our bail courts. We, as defence counsel, have an important role to play in adjusting the lens through which bail is viewed so that we get back to the starting point of bail as a presumptive constitutional right, and not a privilege. Despite the fact that Parliament may not have gone far enough when enacting judicial referral hearings, we can still use their existence to move the needle so that the actual problem is addressed, rather than its symptoms.

We must remind the court that it is a new day and the time for change is now. We must point out why these hearings were enacted in the first place; to argue, for example, that a breach or a fail to appear is not necessarily a sign of blatant disrespect for a court order and something that should justify the loss of liberty, as it has always been viewed, but a clear indication that we need to think about bail differently.

It is what must be done in order to give substance to the meaning of access to justice for those who find themselves in the bail system.

This is part two of a two-part series. Part one: Ontario’s bail problem: Attempted solutions.

Senem Ozkin is a criminal lawyer practising in Newmarket, Ontario.