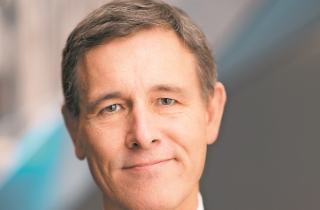 The COVID-19 pandemic has meant organizations throughout the world have had to adapt their procedures in order to ensure they stay operational and accountable to the public. Many have turned to electronic platforms to hold meetings, and the Law Society of British Columbia (LSBC) has added its name to this growing list.

The law society held its regular bencher meeting April 17 via Zoom, a videoconferencing system which has become more and more popular amid lockdowns and closures. Law society president Craig Ferris said the most important reason benchers decided to forge ahead with the board meeting despite the pandemic was “we are part of the justice system and I think it is important for the public and the legal community to see the system is still operating.”

“We are telling the courts that obviously safety is first but going forward justice needs to be available to people,” he said. “As we encourage the courts to open their doors a bit wider, it rings hollow if we aren’t doing the same thing.”

And it was also important from the benchers’ perspective that the work continues to get done, said Ferris.

“What I said at the meeting is that there are a lot of reforms which need to be made — a lot of the clogs in the system that are demonstrated by this pandemic are ones that I think need to be removed,” he said. “We need to be talking about how we can remove them and make the system work in a more resilient, more efficient way and make it a better interface for the public to use.”

Ferris said he was aware of the security concerns about Zoom which have been raised in the media but “right now Zoom is the one we are using.”

“Bencher meetings are supposed to be public so the concern is a little lessened, but we will probably try out some other platforms going forward,” he said. “But overall I thought it is certainly a workable solution — we got through a wide range of business.”

The meeting centred around a roundtable on the implications of COVID-19 for the legal profession and the administration of justice. Ferris said the point of the conversation was to “make a list of what people are seeing, what they are thinking and what changes should be considered.”

“If you put that into different buckets, one of the buckets is law society operations itself — and when you go remote you start noticing how people interact with the law society and how much physical paper there is,” he said. “And I think, on a very practical level, steps will be taken to figure out how we can become a more web-based interface for people and try to reduce the amount of paper which is necessary to regulate the practice of law.”

Several benchers also expressed frustration about the inability of courts in the province to operate at a high level, said Ferris.

“There was a lot of talk about how we assist in encouraging innovation and technological changes within the court system, and how videoconferencing and communicating electronically and via telephone can help,” he said. “This has really put a highlight on the court system because it has shown how limited it is in what they have to offer. They have lots of people trying lots of things, but I think it has shown that there are lots of good reasons for the paper-based, in-person system, but there are also lots of good reasons to change it as well.”

Business also included several changes related to COVID-19, including rule changes on the use of electronic documents and payment of fees. Rules were amended to permit lawyers to use electronic documents or information obtained through public bodies to verify the identity of an organization and to give the law society’s executive director the discretion to extend the payment period for the second instalment of indemnity fees.

Ferris noted when you are dealing with the pandemic the first element that any organization deals with is crisis management.

“We saw in our rules that there are some gaps with respect to how you can operate electronically in terms of client ID and verification, and frankly there will be more of that going forward — but just in terms of allowing people to open files we needed to get that rule changed,” he said. “There is going to be economic pressure for people going forward and so we wanted to have the ability to delay our second instalment of fees. All of that stuff is top of mind and hopefully we will not only be able to delay fees, but for certain really affected groups we will be able to talk about how we can reduce burden on people just to be able to get through this year — the last thing we want to do is come out of this with less legal service providers than we had beforehand.”

Benchers were also provided with their quarterly financial report, which showed higher revenue and lower operating expenses for the law society’s general fund up to the end of February, as well as higher than expected revenues for the lawyers indemnity fund (LIF). But it was noted many areas would have to be monitored going forward due to the impact of COVID-19.

Ferris said the law society was lucky in that it comes into the crisis in a strong financial position with healthy reserves.

“But obviously we think this year there will be some deterioration in that, so we will be monitoring everything going forward,” he said. “There have been some savings because people haven’t been travelling, but we will get a better picture when we get our next quarterly report, and to the extent that something requires more action then we will have to take it.”

The law society said a digital audio and video recording was also of the bencher meeting to ensure an accurate record of the proceedings. The next meeting is scheduled for May 29.