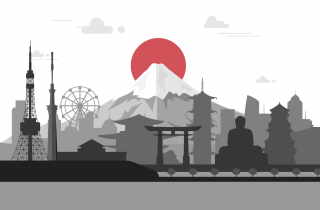 On March 24, 2020, the International Olympic Committee announced that the Games of the 32nd Olympiad in Tokyo would be postponed to 2021 due to the COVID-19 pandemic. This is a first-of-its-kind postponement — the Games were cancelled during world wars in 1916, 1940 and 1944, but have never been postponed.

The committee said the Summer Olympics in Tokyo “must be rescheduled to a date beyond 2020, but not later than summer 2021, to safeguard the health of the athletes, everybody involved in the Olympic Games and the international community.” However, the Games will keep the name “Tokyo 2020,” which would allow the committee to avoid rebranding and reseeking trademark protection.

In Canada, Olympic marks can be protected under the Olympic and Paralympic Marks Act and/or under s. 9(1)(n)(iii) of the Trademarks Act.

· .
Subsection 3(4) of the Olympic and Paralympic Marks Act provides various exceptions, including prior use (before March 2, 2007), geographical indication, use by an individual of their name, and use by current or former Olympic and Paralympic athletes in reference to their own participation in Olympic Games.

The International Olympic Committee’s decision to retain the name “Tokyo 2020” may have a silver lining for its trademark portfolio management. This decision may also provide some certainty to already-executed contract agreements relating to the “Tokyo 2020” Games. As suggested by Thomas Bach, the president of the International Olympic Committee, any contract agreements relating to the “Tokyo 2020” Games would likely remain valid even if the Games will be organized in 2021.

Jayde Wood is an associate at Oyen Wiggs Green & Mutala LLP and her practice focuses on the strategic creation and development of IP assets. Born and raised in Beijing, she is fluent in written and spoken Mandarin Chinese and has assisted clients with securing IP protection in China. Reach her at jwood@patentable.com. Todd Rattray is a partner with Oyen Wiggs where he provides intellectual property advice to members of the Pacific Northwest’s science and technology community. Reach him at TRattray@patentable.com.