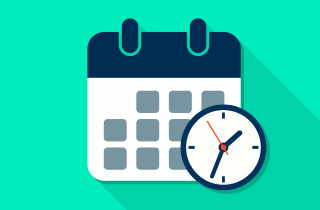 The emergency measures that have been taken across the provinces to address the COVID-19 crisis have significantly impacted our court systems. Here is how recent developments may affect your civil matters (current to April 20):

Quebec, Ontario and British Columbia have suspended limitation periods commencing March 15, 15 and 26, respectively, until the emergency period is over. Alberta has suspended from March 17 to June 1, when time resumes running, and the temporary suspension shall not be counted.

Procedural directives are in a state of flux and continually being updated. Some provinces/territories have suspended procedural deadlines, while others have relaxed them by varying degrees, subject to the discretion of their courts. Most regions are asking parties to only file essential and urgent documents. Generally, the courts of every province and territory in Canada have taken steps in facilitating the e-filing of documents, and certain regions have permitted the swearing of affidavits by videoconferencing as an alternative means of commissioning.

Given the impact of the state of emergency on our court systems, there will be obstacles and delays to investigating, filing and serving new claims and other court documents. Provincial/territorial approaches to procedural deadlines are as follows:


Suspension of civil hearings except for urgent matters

Most civil courts have suspended regular operations until further notice. Most courts will hear only essential and urgent matters and have provided guidance on matters currently set for hearings. Court offices must be contacted for specifics.


Pamela D. Pengelley serves as the office managing partner for Cozen O’Connor’s Toronto office. She focuses her practice on commercial litigation including subrogation and recovery actions, energy claims and insurance coverage. She is also the editor of Cozen O'Connor's Canadian Subrogation and Recovery Alerts, a contributor for Cozen O'Connor's Subrogation & Recovery Blog and a member of the firm’s coronavirus task force. Charles Batrouny is a Cozen O’Connor associate at the firm’s Toronto office. He focuses his practice on subrogation and recovery for large commercial property losses.