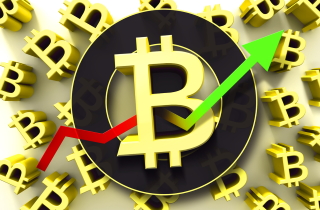 Unlike cash, central bank digital currencies (CBDCs), or national cryptocurrencies, are an excellent fit in a world where social distancing is the norm and disease outbreak prevention has moved to the forefront of societal concerns.

“Because national cryptocurrencies are defined as legal tender from the get-go, there are no issues about what’s backing them up,” said John Kim, a Vancouver-based partner in Norton Rose Fulbright Canada LLP’s global business group. “That differentiates them from bitcoin and ethereum as well as so-called ‘stablecoins’ such as Facebook’s libra and the U.S.-dollar connected tether.”

In late December, the Central Bank of the Bahamas rolled out the world’s first consumer-ready digital version of a country’s fiat currency — the sand dollar.

“A fiat currency is legal tender, such as the U.S. dollar or Euro, whose value is backed by the government that issues it, and differs from commodity monies backed by physical goods such as silver or gold,” said Kim, who led the legal team that advised Bahamas-based technology solutions provider NZIA Limited on developing and implementing the Bahamian initiative. “Fiat currencies are a liability on the balance sheet of the issuing institution, are cryptographically secured, and their minting and supply are regulated by the issuing central bank.”

The Bahamas’ mainstream financial institutions are the conduit for this new national cryptocurrency, linking all of the country’s merchants and consumers. Transactions using these sand dollars began almost immediately, finding favour even among street vendors.

“Functionally speaking, CBDCs fulfil the requirements of a fee-free medium of exchange, a legally recognized unit of account and a stable store of value,” Kim said. “The benefits include financial inclusion for the unbanked, the suppression of economic costs associated with cash and improved expenditure and tax administration for government.”

The blockchain underpinning sand dollars is private and will not succumb to the scalability and speed issues that have plagued public open-source blockchain systems.

“The system even provides localized access to sand dollars from remote places even with the loss of Internet access,” Kim said.

Mike Stephens, an information law technology partner in Fasken LLP’s Vancouver office, says that the emergence of national cryptocurrencies could lead to greater transparency and accountability for governments.

“Wouldn’t it be great to know with some precision where our taxes are being spent?” he asked. “Whether or not you believe in the hype surrounding national cryptocurrencies, they do allow a greater degree of control and information around expenditures and where they’re going.”

And with the onset of COVID-19, the fact that no one ever has to touch digital currency or meet to exchange it, becomes critical.

National cryptocurrencies aside, an Economist Intelligence Unit (EIU) survey released earlier in April, concluded that COVID-19 concerns could accelerate digital currency adoption generally as governments take physical cash out of circulation to stem the virus spread. Some 20 per cent of respondents said they planned to start using cryptocurrencies in the next year, higher than any other payment method. And 54 per cent of respondents said they would consider CBDCs trustworthy, compared to the 26 per cent who trusted cryptocurrencies generally.

“The global survey suggests that societies across the world were already leaning toward cashless options for daily purchases, based on convenience and traceability reasons,” said the EIU in a press release.

As it turns out, governments have been listening. A recent survey conducted by the Bank for International Settlements (BIS) found that more than 50 central banks were engaging in CBDC initiatives. Among them, central banks in Canada, England, Japan, the European Union, Sweden, Switzerland and Japan have joined with BIS in forming a group to share information regarding such initiatives.

In the U.S., Christopher Giancarlo, former chair of the Commodity Futures Trading Commission, announced in January the creation of the non-profit Digital Dollar Project in partnership with Accenture, an international consultancy.

What’s clear is that cryptocurrencies are becoming a fact of life. By way of example, and according to data gather by Finanso.se, an online lending platform based in Sweden, the number of bitcoin ATMs has jumped by almost 70 per cent globally year-on-year, with the number rising from 986 at the beginning of 2017 to 5,567 at the end of 2019.

“The upshot is that the possibilities surrounding national cryptocurrencies, while not yet fully quantifiable, are exciting and wide-ranging,” Kim said.