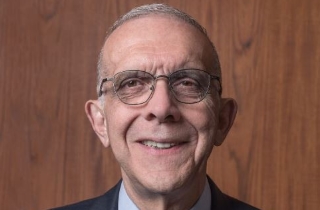 The COVID-19 health crisis has “booted” courts into the 21st century, and they now must continue to “evolve” technologically to stay efficient in a new economic reality.

These were some of the views shared on April 23 by four senior Ontario judges who participated in LexisNexis Canada’s Justice Adapting: The Courts, the first in a series of online discussions on how Canada’s justice sectors are coping with the ongoing pandemic.

Since mid-March, courts across the country have, to varying degrees, emptied in the name of social distancing. In attempts to stay at least somewhat operational, many have cast aside traditional and unyielding demands for in-person appearances and paper-based communications and turned instead to an unprecedented reliance on teleconferencing, video and e-mail.

And if there was one common thread that ran through the Ontario webinar, it was this: there’s no going back.

Justice Marrocco was asked if changes such as remote pleas, remote bail hearings and the allowance of more e-mail use should remain post-pandemic.

“I don’t think there’s any going back,” he said. “There’s no justification for going back. I think what this has highlighted for our court is how quickly we can move forward when we have to, and I think that is something all of us need to reflect on. Perhaps in the past it has taken us too long to get going, because as people started to identity what we needed to do to proceed electronically, these things became obvious — and obvious obstacles — and once everybody is focused on making those kinds of changes, we can make them and we did make them and we made them in a hurry. So, I think they’ll stay. But I think what will really stay is the notion that we can proceed with moderate haste and continue to evolve.”

Another reason to continue this technological evolution, he said, is the court has a responsibility to the bar to become more efficient in an economy that has been shaken by social distancing and widespread economic shutdown.

“We have an obligation to do that now because the bar has not been able to practise in the way that it was practising before, and we have to recognize the economic reality [the pandemic has created],” he said. “That economic reality will require us to proceed efficiently. And we won’t be able to go back. … Until there is a vaccine, you’re going to have the same problem. It may be under control, but we’re not going to just go back and start packing an assignment court with a hundred people when it all could have been done electronically. We won’t be able to do that — not responsibly, anyway.”


Earlier in the session, Justice Pringle called this push to modernize “very welcome.”

“One of the silver linings of this whole process has been that we feel that we’ve been booted into the 21st century of technology by this crisis,” said Justice Pringle. “We did have some ability to do virtual hearings before, and I had been involved in a number of hearings where we heard witnesses remotely in a preliminary inquiry from another courthouse in the province, and it worked extremely well, and we were all very encouraged and I think we’re encouraging the use of that, generally. But this has pushed us in a new direction, and I think it’s one that is very welcome.”

Later, she said the changes have proven that courts can adapt.

“As many people will know, there is a new Toronto courthouse that is in the process of being built and we expect it to be operational for criminal matters at the Ontario court in 2022,” she said. “As part of that, we’re going to have a separate regional bail centre that is going to be operating in a completely different location in the city, and … we’ve been having meetings with committees, trying to encourage the use of video to connect those two courthouses, which are going to be far away from each other, and to allow witnesses and lawyers to appear remotely … if they are in the outlying areas of the city. So, we have been very hopeful that we could get technology up and running to facilitate that, and this has … proven that we can do that.”

“Over the last several years, our court has been attempting to get updates to our computer systems that would facilitate electronic filing and facilitate us working in a manner that is appropriate in the 21st century. … It’s not yet on-stream but, boy, do we wish we had it. We’ve got electronic filing now but it is clunky and it requires a lot of work to do, and it would’ve been so much better if we had this new system in  place, but it is coming and I think we knew that we needed to get where we are going. … Although, I think we will still preserve oral advocacy in our court because it’s very important.”

Justice DeFreitas talked of these changes being borne out of the necessity to stay operational during the pandemic — and after.

“From our perspective on the Ontario Court of Justice … we’ve been working on a number of initiatives and some of them, as Justice Hoy says, boy, do we wish they were fully operational now,” he said. “We’ve had a system in place for the last year and a half or so where defence lawyers can speak to their clients by video in institutions. In the places that have that now, it’s become very helpful. We’ve been working on plans to allow the police to file the information that starts the criminal process electronically and, I’ll tell you, the last six weeks has really turbocharged us in trying to roll that out more quickly because we don’t want police officers driving to courthouses and lining up … to get documents issued. We just can’t do business that way. Until recently, we still had people showing up in remand courts. … Fifty, 60, 120 people sitting in a big courtroom waiting to stand up … to ask their matter to come back in two weeks. As Justice Marrocco says, we can’t go back to doing business that way. It’s not going to be safe to do it that way and it just doesn’t make any sense to go back to doing things that way.”

When asked about the challenges courts face in wading deeper into the pool of technology, Justice Marrocco touched on an obvious problem in a profession long steeped in tradition, solemnity and rigid procedure: luddites.

“If there is one thing I would want to stop, it’s we’ve had a few situations where people have said, ‘I don’t do things electronically,’ and we don’t want to hear that. You find somebody to help you do it electronically because, under the circumstances, this is just what we have to do in order to deliver what it truly an essential service.”

Dates and registration for future Justice Adapting webinars can be found here.

The Lawyer's Daily is owned and published by LexisNexis Canada.