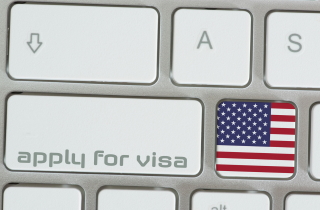 Technology has never been more critical to business and process continuity than it is today in the current COVID-19 “self-isolation” environment.

Enter the ostensibly helpful tools available through the advancement of technology. There is large-scale debate over not only how technology can be used to streamline processes, but also how to use technology to effectively communicate information. This was on full display last week, as U.S President Donald Trump caused tremors within immigrant and non-immigrant communities alike by publishing a late-night tweet promising to “temporarily suspend immigration to the United States” by executive order.

But surely, at least the government has been using technology to streamline immigration processes, right? Fewer effective examples actually exist than should, in 2020. One would think that by now, most government agencies would have effective technologies in place to enable quick pivoting of process requirements in the face of an emergency like the one we are seeing with COVID-19. Technology already plays a critical role in government responses to natural disasters — so why is the U.S. government finding itself so flat-footed in its use of technology to cope with the immigration crisis created for thousands of foreign nationals in the U.S. who find themselves suddenly without status, without the ability to get new visas, or without work authorization due to the COVID-19 crisis?

The fundamental answer goes to the very root of U.S. immigration policy today; current policies revolve around the premise that benefits should be denied if possible, rather than approved if merited. The U.S. government has a long-standing pattern of making things harder for individuals requesting immigration benefits, rather than easier — and also has a pattern of using technology to its advantage and to the disadvantage of foreign nationals.

Take, for example, the government’s own system for recording and tracking foreign nationals’ status while in the U.S. In 2015, U.S. Customs and Border Protection (CBP) announced that it would be using an electronic system to track foreign national arrivals and departures from the U.S. (called an “I-94” record). This is critical information for foreign nationals, as the I-94 dictates what status one has been admitted to in the U.S., which then dictates the activities the individual can participate in while in the U.S. This system largely replaced physical, paper I-94s, which used to be commonly placed in the passports of foreign individuals entering the U.S. At first, it appeared that this system would both be good for the government and the individual, as the record would be easier to maintain and check, and harder to physically lose.

But five years after the implementation of this online record system, it is, most definitely, a flawed and broken tool. I frequently have to contact CBP to have I-94 records corrected, where Canadians who have advance permission to be admitted to the U.S. in a work authorized status (e.g., L-1, H-1B, E-1, E-2, O-1 P-1, etc.) are, instead, admitted to the U.S. as business visitors or tourists. Where this occurs, Canadian may inadvertently violate their status by working in the U.S. as a visitor. They often don’t realize that they were admitted as a visitor and may not even be aware (or be made aware by CBP) of the online record system.

This can come back to bite them later on; for example, take the case of a Canadian working for a U.S. company, who has an approval notice from U.S. Citizenship and Immigration Services (USCIS) showing a validity period of two years. She may, upon entry, believe that she was admitted in L-1 status, but has been mistakenly entered into the I-94 system as a B-1 (business visitor) instead, and only granted the maximum B-1 stay of six months. Off she goes to her work location, believing that she was admitted in L-1 status for the two years showing on the USCIS approval notice she presented to the admitting officer. In this scenario, she can end up both working in the U.S. in a status that does not permit her to work, and also inadvertently falling out of status along the way. If her ignorance about her actual (B-1) status goes on long enough, it could even result in her being deemed inadmissible to the U.S., if she accrues enough time in unlawful presence (time in the U.S. without permission to be in the U.S.).

The Department of Homeland Security takes the position that it is the individual’s responsibility to maintain the correct status in the U.S., not the officer’s responsibility to admit the person in the requested (correct) status upon entry, so any problems for the Canadian worker created by CBP’s mistake would be unlikely to be “forgiven” once consequences have been incurred.

The Department of Homeland Security has made a recent and notable effort to use technology to streamline one of the most burdensome processes utilized by U.S. employers trying to hire foreign national professionals — the H-1B visa petition process. Up until 2020, employers wishing to hire foreign nationals in this status had to go through the cost, hassle and headache of submitting paper petitions. But with an annual cap of only 85,000 available visas, and hundreds of thousands of petitions submitted each year, many of these employers ended up spending time and money preparing petitions that were never adjudicated.

In 2020, USCIS implemented an electronic registration system. Through a relatively straightforward process of registering their intent online, employers were able to find out beforehand if the government would adjudicate their petition(s). While we have yet to see the chinks in the armour of this brand new system, it is refreshing to see the U.S. government using technology to alleviate the burdens on businesses wishing to employ foreign workers in this coveted status, through the use of technology.

Another successful example is the process for applying for certain waivers of inadmissibility. U.S. Customs and Border Protection now allows eligible nonimmigrants who do not require a visa to enter the U.S. to apply for these waivers online, via its e-SAFE system — which has resulted in many of these applications being approved in mere weeks instead of several months.

We need to see more of this type of effort from the U.S. government, and fewer empty promises to use technology effectively to communicate, collect information and streamline processes.