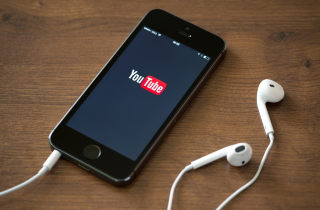 History made in Ontario courts: Virtual proceedings on YouTube

“It is not the strongest that survives, nor the most intelligent,” said Charles Darwin, “but the one that best adapts to change.”

“Judicial review is not a contact sport,” said Ewa Krajewska, a BLG partner who was a counsel on Ontario’s first two virtual judicial review applications. She added: “Proceedings can be conducted virtually with the right adjustments and platform and a good moderator. We can adapt. We can litigate and arbitrate in these new circumstances.”

In the weeks since the COVID-19 global pandemic closed Ontario’s physical court facilities, under the leadership of Ontario Superior Court Chief Justice Geoffrey Morawetz, history was made as virtual proceedings began to come to the fore.

The following week, at 10 a.m. on April 17, Justices Katherine Swinton, Harriet Sachs and Lise Favreau began the full-day, four-party Nation Rise v. Minister of the Environment judicial review, in a truly open court with a “public gallery,” hosted on a private YouTube channel. While people came and went from the “public gallery,” at various times over 200 members of the public watched.

Nation Rise provides an excellent illustration of how virtual proceedings can work and an opportunity to learn how they can be done effectively. It also generated insights and tips from counsel involved for others participating in virtual proceedings, whether as counsel or as judge or arbitrator.

The Nation Rise hearing proceeded almost flawlessly, demonstrating marvellously how virtual proceedings can be conducted effectively with planning, preparation and some innovation by the judges and counsel and strong independent professional hearing technical support and services, which Arbitration Place Virtual provided for the court, including its private YouTube channel.

At one level, not much was different from a Divisional Court hearing in a physical courtroom. However, as I watched the proceeding from the YouTube public gallery, I noted some differences: