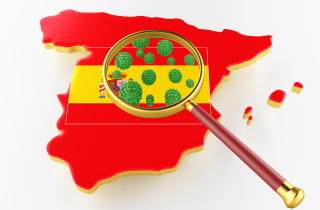 Common law in a pandemic: Spanish flu of 1918

Although it may seem unprecedented, COVID-19 is not the first global pandemic to disrupt modern society as we know it. The Spanish flu pandemic of 1918 to 1920 infected approximately one third of the global population and interfered significantly with the daily functioning of individuals and businesses.

In response, courts in common law jurisdictions around the world were asked to consider how the pandemic should affect parties’ rights and obligations. In the coming years, it is highly likely that those same courts will be faced with a similar challenge. How the common law will evolve in response to COVID-19 may be informed by how it evolved in similar circumstances a century ago. In this regard, several otherwise unexceptional historical decisions can take on a new and immediate significance. The following are a few of those decisions:

Frustration of contract caused by a pandemic

A pandemic can make it difficult or impossible for a party to perform its contractual obligations. In Cunningham v. Insinger, [1924] S.C.R. 8, a decision of the Supreme Court of Canada, the respondent claimed that it was unable to develop a mine due in part to effect of the Spanish flu on available manpower. Interestingly, however, the crux of the respondent’s position was based on its unique interpretation of the contract, rather than via the doctrine of frustration.

What may have driven the respondent’s curious decision was the fact that during negotiations, the respondent had expressly mentioned the possible impact of the Spanish flu on the development work. This would, in effect, almost certainly have negated the possibility of making a successful argument for frustration of contract. According to Cowie v. Great Blue Heron Charity Casino 2011 ONSC 6357 at paras 21-22, in order to successfully invoke the doctrine, a party must establish, among other things, that an unforeseen intervening event made performance of the contract impossible. Although nearly a century has elapsed, this principle remains relevant in the wake of COVID-19: Parties should consider whether they foresaw the possible impact of a pandemic on performance of a contract before taking the position that the contract was frustrated.

Alternatively, a pandemic may trigger a force majeure clause in a contract, delaying performance of an obligation or relieving a party of an obligation altogether. In a 1920 decision of the Court of Appeal of California, Citrus Soap Co. v. Peet Bros. Mfg. Co. (1920) 50 Cal. App. 246, 194 P. 715, the quarantine protocols implemented by the California legislature in response to the Spanish flu interrupted a soap maker’s manufacturing processes and delayed the delivery of its soap to a customer past a deadline. The customer sued the soap maker for breach of contract.

However, the parties’ contract contained a “contingency of delay in performance” clause (akin to a force majeure clause) that read as follows:

“This contract is made subject to … any interference in plant by reason of which either buyers or sellers are prevented from producing, delivering or receiving the goods and in such event the delivery thus suspended is to be made after such disabilities have been removed; otherwise to be fulfilled in good faith.”

Although force majeure clauses are common in commercial agreements today, they may not necessarily ensure that a party is protected from the effects of COVID-19. This is because each clause is interpreted on a case-by-case basis, and not every clause is as curiously broad as the one in the soap maker’s contract. Most parties’ commercial agreements do not excuse parties from any interference in their processes. Rather, it is far more common for a contract to specifically identify certain intervening events (war, riots, natural disasters, diseases, etc.) which fall within the scope of the force majeure clause. Accordingly, even though the effect of COVID-19 on contemporary businesses may be far greater than the Spanish flu was on businesses of the early 20th century, some future litigants may fail to obtain the relief of the fortunate soap maker.

Mitigation of damages after a breach of contract

Finally, in the likely event that COVID-19 will cause breaches of contracts, non-breaching parties will be held to have owed a duty to mitigate their damages. In another 1920 decision, A.G. Creelman Co. v. Canada Cement Co., [1920] A.J. No. 38, a non-breaching party was held not to have adequately mitigated damages during the ravages of the Spanish flu.

The duty to mitigate — still an important element of the law a century later — requires a non-breaching party to conduct themselves “reasonably” in minimizing their damages. If, however, mitigating damages would expose employees to the disease, public policy concerns may dictate that such mitigation efforts should not be considered “reasonable” conduct and that they should certainly not be encouraged. Without the benefit of hindsight, it is difficult to determine what is and is not reasonable to do during any given stage of a pandemic. Ideally, the courts will take this into account when assessing whether parties discharged the duty to mitigate during the COVID-19 crisis and will not consider conscientious risk aversion to have been unreasonable.

Although much has changed since the Spanish flu pandemic, the common law that evolved in response to it remains relevant today. These cases, and those decided in other historical crises (such as world wars and natural disasters), offer foresight into the issues that will be litigated in the near future and may themselves serve as important precedent to be referred to and distinguished from in response to COVID-19.

Jordan Wajs is a Toronto-based litigation lawyer at Owens Wright LLP, with a special focus on corporate commercial and real estate litigation. You can reach him at jwajs@owenswright.com or 416-848-4732.