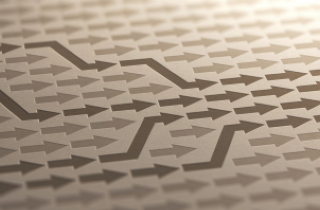 Overlooked by the author, however, are the numerous benefits of collective actions in the historical and institutional sexual abuse realm.

Courts have repeatedly compared class proceedings to other forms of resolving historical sexual abuse claims, including individual actions. They have consistently held that class actions are preferable due to cost, economies of scale and because the class consists of a vulnerable group that in all likelihood would not have the resources to pursue civil litigation. (See Rumley v. British Columbia 2001 SCC 69; Slark (Litigation guardian of) v. Ontario 2010 ONSC 1726; Seed v. Ontario 2012 ONSC 2681; Safioles v. Saskatchewan 2018 SKCA 68; Elwin v. Nova Scotia Home for Coloured Children 2013 NSSC 411.)

In addition to the social and psychological barriers experienced by many survivors of historical sexual abuse, the expense and complexity of bringing individual actions against institutional defendants would be entirely prohibitive for most members of certified classes in historical sexual abuse actions. Class proceedings shift the balance of power between plaintiffs and defendants and share the litigation costs amongst many. Often, the only viable way to provide access and redress is through a class proceeding.

In the article, the author acknowledges that “[t]here are many reasons why sexual abuse survivors do not come forward including misplaced shame, guilt and fear of coming forward, or simply a desire to avoid thinking about and confronting the horrendous pain they suffered.” She also recognizes the mental health and substance abuse problems and educational and employment difficulties. In making such statements, there is a disconnect that these are the very issues that impede access to the courts through individual actions and are the precise reasons class proceedings are not only preferable for sexual abuse survivors, but in many cases, their only avenue for achieving justice.

Sexual abuse takes many forms and has diverse impacts. It can arise from experiencing it first-hand, or by witnessing it perpetrated against peers. While there are undoubtedly significant claims for sexual abuse, it is also true that individual awards of compensation may not justify the investment of counsel’s time and expenses required to vigorously advance these claims on an individual and contingent basis.

There is also the criticism that in sexual abuse trials and pretrial procedures, victims are asked to publicly share intimate details of their personal lives and trauma. Trials involve issues of credibility, he-said-she-said testimony, and adversarial cross-examinations, all which risk retraumatization and exacerbation of the pervasive harms caused by the abuse. The added historical aspect can make each of these evidentiary hurdles greater, and in some cases insurmountable.

While these deeper issues with our legal system’s response to sexual abuse claims cannot be completely avoided, one of the important benefits of a class action in this context is anonymity for class members, apart from the representative plaintiff and a select handful who choose to publicly share their experience. Another benefit is strength in numbers: it is more difficult for a defendant to discredit numerous independent memories of abuse than the testimony of one victim.

Resolutions of historical sexual abuse class actions, both out of court and at the individual assessments stage, can be flexible and approached in a restorative manner to holistically address the harms. Restorative resolutions favour participatory and collaborative processes over those that are adversarial and retraumatizing. Flexible resolutions can be crafted into class action settlements to compensate and address the sexual abuse suffered, and also the emotional harms, neglect, systemic mistreatment, and failures of care and education that often coincide in these cases.

Resolutions can also include measures like public apologies and resources for survivors. Class proceedings legislation allows the court to craft an effective and flexible process for resolution of individual claims, including appointing a claims administrator to carry out a restorative trauma-informed assessment process for claims adjudication.

While our opinions may differ as to the suitability of class actions for historical sexual abuse claims, we agree on one thing: sexual abuse actions are not all about compensation. They “are about coming forward, being heard and acknowledged and holding people to account, as well as gaining a sense of justice and closure.” All of this can be achieved — on a greater scale and for a broader group of harmed and equally deserving survivors of sexual abuse — through a class action.

Kate Boyle is a lawyer at Wagners Law Firm in Halifax who practises in the area of plaintiff class actions. Wagners has litigated class actions in the historical and institutional sexual abuse context, and advocates for the use of restorative justice in resolving such actions to holistically redress the harms of institutional abuse survivors.