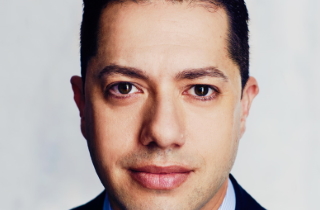 Bail, sentencing impacted as jail could be ‘death sentence’ during pandemic, lawyer says

As COVID-19 continues to present risk across the country, the courts have been grappling with bail reviews and sentencing in criminal cases. Weighing the risk of the virus on inmates who can’t practise social distancing and the public interest, lawyers say the courts have recognized the “incredible threat” the pandemic has on correctional institutions.

Daniel Brown, lead counsel at Daniel Brown Law LLP and a specialist in criminal law, said the courts are “very mindful” of the risks associated with keeping people in jail and they are taking “additional precautions” when considering a bail review or sentencing.

Brown said judges are “looking for any reasonable supervision plan, so that a person can be released and not kept in jail during the pandemic because they recognize the significant safety and health issues that are associated with inmates that are incarcerated.”

He noted that every case must be assessed on its own merits, but during the pandemic the courts seem to be “weighing against detaining a person just to appease the public.”

“They [the courts] think it would undermine the confidence of the justice system if people were kept in jail where they had good supervision plans and they weren’t a risk to the public at large,” he said, explaining that cases where a strong public interest to keep someone in jail exists, the courts are currently “militating towards releasing those people.”

Brown believes this is a positive move and “reflects the seriousness of the pandemic and the risk to the inmate’s health and safety.”

“We know that you can’t social distance in custody. We know that they [inmates] don’t have appropriate sanitation abilities. You just don’t have the ability to protect yourself against this virus in jail. We can see from the United States that the hot spots for the spread of the virus are jails and we’re trying to avoid that same outcome here in Canada,” he added.

Brown highlighted a couple of decisions that illustrate the court’s assessment of whether a person should be detained or released in the context of the pandemic.

“It’s also come up in the sentencing context as well, where judges, again, are looking for any reasonable alternative to custody knowing that a jail sentence could possibly be a death sentence if the virus were to spread uncontrolled in the jails,” he added.

He noted that in R. v. J.S. 2020 ONSC 1710, Justice Jill Copeland held COVID-19 was a “material change” in circumstances. In her decision, released March 20, Justice Copeland also found that “the greatly elevated risk posed to detained inmates from the coronavirus, as compared to being at home on house arrest is a factor that must be considered in assessing the tertiary ground.”

In R. v. Rajan 2020 ONSC 2118, a decision released April 6, Brown noted that Justice David Harris found that “[i]n situations where the tertiary ground may have authorized detention in the past, the threat of COVID-19 to an individual seeking bail must now be incorporated into ‘all the circumstances’ ” under that ground. The judge determined that “to be in a jail as an inmate or a staff member must count as one of the most dangerous places imaginable,” but noted that “the virus does not constitute a get out of jail free card.”

In an example of another bail review application, Brown indicated Justice Faye McWatt’s decision in R. v. Jeyakanathan 2020 ONSC 1984. Here, the judge disagreed with the findings in R. v. J.S. noting that the conclusions in assessing the tertiary ground are “based on speculation and not evidence.” The judge noted in this decision that the only evidence the applicant had filed regarding COVID-19 in the Toronto South Detention Centre was a news article that speculated about the spread of the virus in the jail.

Brown said COVID-19 has also factored heavily into the types of sentences that are being delivered, which he sees as a positive sign for change in the future.

“Hopefully, this is something in the future [that] we’ll rethink who needs to be in custody and who can be safely released into the community… statistics show, now more than ever, people are held in custody pending their trial. In fact, two-thirds of the jail remand population is composed of inmates awaiting their trials as opposed to those who are serving their sentences. And that’s a really significant figure and it’s one that’s climbed steadily over the years,” he said.

The majority of decisions regarding sentencing and bail in the context of the pandemic have come from the Superior Court of Justice, explained Brown, noting there have been a “limited” number of cases before the Court of Appeal. Even so, he added, it seems to be a consistent position across all levels of court that COVID-19 “is a significant change.”

“It’s a game-changer that needs to be factored into any decision to release or detain an inmate,” he stressed.

Brown noted that there has been some disagreement about COVID-19 as a factor, with some judges “examining whether or not the particular inmate has health concerns or whether the particular prison they’re held at has had an outbreak.”

“Where there’s disagreement with the judges it seems to be in how they apply the risk factors associated with the pandemic,” he explained.

He also noted that there “seems to be a consistent application of the law across the country, but in provinces that have been most significantly impacted by the virus” the justice system has been trying to depopulate the jails to combat the spread of the virus.

“In British Columbia and Ontario, we see it most significantly, but we do see this trend across other provinces, even in jurisdictions where the virus hasn’t been widely spread or where the jails aren’t at risk,” he added.

When representing clients during this time, Brown advised that counsel give a judge “as much information as possible so they can properly weigh the impact of this virus.”

“Where the defendant has a particular susceptibility to the virus, for example, if they’re asthmatic or they have other immune deficiency issues, you certainly want to make that known and provide evidence. And likewise, where the jails have been hard hit, you want to make sure that the judge is aware of the spread of the virus in the jail and the most current numbers about not just who’s infected, but how they’re dealing with infected patients in the jails,” he said.

Brown also believes it’s helpful to file evidence about how the virus spreads.

“Some judges are reluctant to take, what we call, judicial notice,” he said, so “providing a judge with an affidavit of an epidemiologist is something that can really impact their decision and help give the judges all the necessary information they need to apply the law correctly.”

Abby Deshman, the criminal justice program director at the Canadian Civil Liberties Association (CCLA), said COVID-19 is “definitely” having an impact on bail reviews and sentencing, noting there have been numerous judgments that “recognize the incredible threat that COVID-19 poses in institutions, specifically, how it has changed the nature of our correctional institutions.”

“There’s no programing going on, there’s no spiritual care, there’s no visits,” she said, stressing that a sentence during the pandemic is “quite different than a sentence would have been three or four months ago.”

Deshman noted that when the CCLA speaks to inmates, “one of the recurring things that comes up is that people are extremely scared, and things are very tense.”

“We know that when there are possible COVID cases in an institution, the entire institution gets locked down. People have 20 minutes that they can leave their cells and they need to choose between a phone call to a lawyer, a phone call to their family, or a shower,” she explained.

The CCLA recently filed a constitutional and human rights challenge against the Government of Canada to take “proactive steps to ensure prisoners’ safety in the context of COVID-19.” According to a news release, these steps would include “the timely release of federal prisoners, with precedence for those who are particularly vulnerable to COVID-19 due to age or underlying health conditions.”