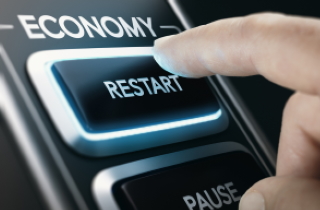 In the last two months over three million Canadian jobs have been lost from business closures due to COVID-19, and tens of thousands of businesses have been forced to close permanently. This has caused the thousands of foreign workers included in these job losses to be faced with the prospect of having to obtain new work permits to work for new employers. Moreover, disruptions due to COVID-19 have made obtaining new work permits nearly impossible for many foreign workers.

Many overseas visa offices are also choosing not to process work permit applications at all unless they are for workers deemed essential. Leaving and re-entering Canada for a work permit to be issued is also often impossible due to the restrictions currently in place on air and ground travel into Canada. Foreign workers can still apply to an in-Canada Central Processing Centre, but this process can take three to four months. In addition, almost all biometrics collection points worldwide have been closed until further notice, so foreign workers required to provide biometrics currently have no way to do so and their applications are not being processed.

As a response to these myriad challenges, on May 12, a temporary public policy was put in place to allow foreign workers in Canada to more quickly begin work if they need a new work permit. This includes an exemption from having to provide biometrics if biometrics collection points are closed due to COVID-19. Under this public policy, a foreign worker who applies for a new work permit should be able to receive authorization to work for their new employer within 10 days if the foreign worker:


As restrictions are slowly being lifted and businesses are starting to reopen and hire more staff, now is the ideal time for this public policy to have come into effect. It will allow foreign workers that have lost their jobs to quickly re-enter the labour force without having to wait the three to four months it would ordinarily take for a work permit to be processed. However, while this public policy is certainly a necessary development, particularly for foreign workers who cannot provide biometrics or leave Canada to get their work permits issued, its usefulness is severely limited by the requirement that the new employer already hold a valid LMIA in most cases.

Since LMIA applications take a matter of months to be processed, without a concomitant undertaking to expedite processing of LMIAs, foreign workers that have recently lost their jobs will still be greatly delayed in being able to start working for another employer.

The demand for a faster way for foreign workers in Canada to change employers did not just arise from this pandemic, and this demand will not disappear as life returns to normal. If implemented effectively, this new public policy will facilitate greatly increased labour market fluidity among foreign workers, allowing the Canadian economy to more dynamically respond to labour needs. Establishing the public policy as a permanent process by which foreign workers can quickly change employers would be a much-needed boon to the Canadian economy as the pandemic subsides and the economic recovery begins.

Oliver Mao is an associate lawyer at BARTLAW LLP, Canadian immigration, barristers and solicitors, one of Canada’s premier immigration and citizenship firms.