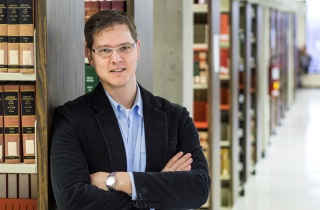 A public transport agency did not infringe on a Montrealer’s right to equal access to employment when it ended the process to hire him as a bus driver for health reasons, held the Quebec Court of Appeal.

In the latest of a series of growing number of Quebec Appeal Court decisions that applied the Supreme Court of Canada’s landmark Vavilov framework, the appellate court ruling underscores the importance for employers to buttress their case with solid and thorough medical evidence to rebut the presumption of prima facie discrimination, according to employment and labour legal experts.

“The best practice for employers is to give a conditional job offer and then ask whatever questions are needed in order to determine whether the employee meets all of the bona fide occupational requirements or whether they can be accommodated,” noted Finn Makela, a law professor at the Université de Sherbrooke where he teaches labour and employment law. “And generally, large employers, especially in the public and private sector, are pretty good in following that.”

But the Appeal Court decision also appears to be signalling that human rights commissions and alleged victims of discrimination cannot simply rely on the belief that all they have to do is show there is a case of prima facie discrimination, added experts. They also have to introduce sound medical evidence to counter evidence submitted by employers.

“The decision is not surprising,” pointed out Marianne Plamondon, a partner with Langlois lawyers LLP specializing in labour and employment law. “The medical evidence by the Quebec Human Rights Commission was not extensive. There’s no doubt that if they have a counter-expertise they would have had more chances of succeeding.”

Fouad Bencheqroun, a Montrealer, applied in August 2012 for a job as a bus driver with the Société de transport de Montréal (STM) eight months after having a car accident where he had suffered a back sprain. He was placed on leave by his employer until it laid him off seven months after the accident in July 2012. In mid-November 2012, Bencheqroun underwent a pre-employment medical exam by the STM, at which time he revealed he was still receiving income replacement benefits from Quebec’s car insurance board, the Société de l’assurance automobile du Québec. In May 2013, after receiving medical reports by two doctors, the STM decided not to hire Bencheqroun. Since 2015, Bencheqroun has been working as a bus driver for a company in a Montreal suburb.

The Human Rights Tribunal dismissed the case in 2018, a decision upheld by the Quebec Court of Appeal in Commission des droits de la personne et des droits de la jeunesse (Bencheqroun) c. Société de transport de Montréal 2020 QCCA 602. Heeding guidance by the Supreme Court in Canada (Minister of Citizenship and Immigration) v. Vavilov 2019 SCC 65, the Appeal Court held that where the legislature has provided for an appeal from an administrative decision to a court it should apply appellate standards of review.

The Human Rights Commission argued that the Human Rights Tribunal failed to assess the level of safety sought by the employer. It also maintained that the tribunal accepted the risk per se as justification for the discrimination rather than a serious or undue risk, and that the tribunal failed to consider the quality of the evidence. All of the grounds were rejected by the Appeal Court.

The Human Rights Tribunal correctly held that it was for the employer to establish on a balance of probabilities that it did not violate the Quebec Charter, noted the Appeal Court. The public transport agency firm did establish physical requirements for the position of bus driver based on medical evidence. And those requirements had been determined in good faith to protect the safety of employees, travellers and the public, conditions that Bencheqroun failed to meet. Medical evidence revealed that Bencheqroun could not stand on the tips of his toes, an indication he potentially could not at all times use the pedals on a bus, which represents an “unacceptable risk.”

The Appeal Court also highlighted that the safety risk was not based on “impressionistic” evidence. Rather it was based on the testimony of a physician who thoroughly described Bencheqroun’s functional limitations. Case law does not require employers to adduce any type of evidence, such as statistical evidence, to establish risk. “It all depends on the context,” noted the court.

The court also seems to castigate Bencheqroun and the Human Rights Commission for failing to provide medical evidence to rebut evidence provided by the employer. Instead it relied on a cursory medical note by a physician, whose notes were mainly indecipherable.

“It’s interesting that the Appeal Court rebukes them for not having presented evidence that would rebut the employer’s evidence, that rebuts the prima facie presumption,” said Makela.

Counsel for the Human Rights Commission declined to comment as it is considering filing leave to appeal before the Supreme Court. But Plamondon would be surprised if the case got that far.

“I do not see any novel questions in this case,” said Plamondon. “If the commission wanted to go further down the road with this case they should have sought more complete medical expertise. The fact that they didn’t harms their case. To go before the SCC, it seems to me that you’d need a far more solid case.”

The STM said it was pleased with the outcome of the case but would not comment further.