In a recent article in The Lawyer’s Daily, Bruce McDougall suggests that defamation litigation is a playground for the rich (Sticks and Stones | Bruce McDougall, May 11). He decries the ability of a “bloated, money-mad egomaniac” to salvage his reputation through defamation law when a “naïve and vulnerable teenaged girl” has no such recourse.

McDougall is right, of course; civil litigation is largely beyond the reach of the non-rich. The more interesting question is what can be done about it. I explore two suggestions for improving access to justice in defamation: through anti-SLAPP laws and through Internet intermediary regulation.

Although McDougall focuses on plaintiffs’ inability to protect their reputations, access to justice is at least as great a problem for defamation defendants. This is an area in which defamation law has seen some improvements. When people are sued for speaking about a person or corporation, the cost of defending themselves is high. Further, the potential of having to pay damages is scary, since awards, which are at large in defamation, are notoriously unpredictable. Thus, many people threatened with litigation retract, apologize and remain silent.

This is a problem not only of access to justice but of democratic discourse. We all lose when people are silenced by lawsuits that may not be meritorious. (Whether their speech is lawful is never determined, but it is fair to assume that much of it is. According to my research, in litigated defamation cases between 2003 and 2013, plaintiffs succeeded only 28 per cent of the time.)

Ontario and British Columbia have recently enacted anti-SLAPP laws (Ontario in 2015 and B.C., with virtually identical legislation, in 2019) through the Protection of Public Participation Acts. SLAPPs are strategic lawsuits, or litigation, against public participation. While they are defined in different ways, they are essentially unmeritorious lawsuits whose purpose is to silence critical speech rather than to enforce legal rights.

In Ontario and B.C., a defendant can now bring a motion at an early stage in proceedings to dismiss any lawsuit that arises from expression on a matter of public interest. That motion is supposed to be heard quickly and must be granted unless the plaintiff establishes that his or her claim has substantial merit, including no viable defences, and the public interest in proceeding outweighs the public interest in the impugned expression. In addition, there are significant cost consequences for plaintiffs who lose anti-SLAPP motions.

It is still early days for this legislation, but there is reason for cautious optimism. Courts seem to be finding a balance between shutting down SLAPPs and allowing potentially meritorious and serious cases to proceed. We will, of course, never know the extent to which the law achieves its goal of preventing people from bringing such actions in the first place. Access to justice could be improved if other provinces enacted legislation similar to that in Ontario and B.C.

Another way to promote access to justice is to regulate Internet intermediaries in the way proposed by the Law Commission of Ontario (LCO). Those defamed are often more interested in having a libellous post removed from the Internet than in seeking damages. The LCO’s proposal helps with takedowns and is based on work by professor Emily Laidlaw and me.

It would require intermediaries to remove expression from their platforms in narrow circumstances in which the original publisher did not respond to a notice of complaint forwarded by the intermediary. It would be cheap and quick, but would only be effective where the publisher were unwilling to respond to the notice.

One might think that Internet intermediaries could be further regulated to require them to identify and remove defamatory posts. But defamation is fundamentally different from many other kinds of unlawful publishing, such as non-consensually distributing intimate images or distributing child intimate images.

Identifying the latter may be relatively straightforward, but what is defamatory is impossible for intermediaries to assess. They are not in a position to assess the truth of statements, nor to apply complex laws regarding fair comment or qualified privilege. They should not be made the arbiters of what is defamatory.

Ultimately, Bruce McDougall is right that we have an access to justice problem in defamation law, but much of it is a problem of access to civil justice generally. The enactment of anti-SLAPP laws has almost certainly improved access to justice for defamation defendants. In my view, we should also reorient the tort around human reputation so that corporations cannot sue in defamation. Capping damages would also be an improvement.

But changes to substantive law can only do so much. To significantly move the bar on access to justice in defamation we will have to divert potential cases away from courts, and toward informal mechanisms such as the LCO’s notice and takedown proposal and other forms of online dispute resolution.

Dr. Hilary Young is an associate professor in the law faculty at the University of New Brunswick. Her teaching and research interests include torts and health law, and especially defamation law. Young is one of the authors of the 11th edition of Canadian Tort Law. 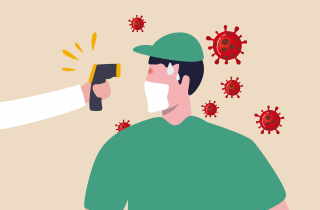 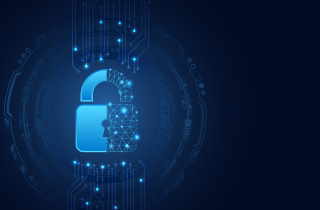