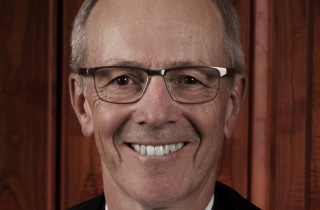 As part of that process, the province’s legal community needs to look at whether oral advocacy is necessary in every single case, he added during a fireside chat May 19 organized by The Advocates’ Society.

“We are facing a reality when we come out of COVID,” Strathy told society president Scott Maidment, who hosted the chat. “The reality is that we will have a lot fewer resources, fiscal resources, than we had as a society going into the crisis, and on an ongoing basis we’ll have a lot of significant social and economic demands on our public resources.

“I think that’s going to mean realistically, to coin a phrase, that we have to work smarter. Technology is not the panacea for our challenges in the justice system. We’re going to have to have a dialogue in which we talk about how we can do our job more effectively with less in a way that instils confidence in the public and in the legal profession.”

Technology will help, he told Maidment — but it’s a mistake to believe that technology will fundamentally change the way Ontario’s justice system operates.

“I think COVID may well prove to be for the justice system what I’m going to call a Jordan moment,” observed Strathy, referring to the landmark, 2016 Supreme Court of Canada decision that imposed reasonable time limits for accused persons to be tried.

“Like Jordan did in the criminal justice system, perhaps COVID will do in the entire justice system by saying we cannot continue to operate the way we have,” he added.

“We’ve built a system and we’ve layered it with complexity, both civilly and criminally. I think we have to almost strip down the car and start looking at how we can make it still operate in an appropriate way, still deliver justice in a way that has the respect of the public and the bar, but do it in a way that gets rid of these layers and layers of procedure.”

That process of self-examination and streamlining may need to include a look at the role of oral advocacy, said Strathy.

“I will assure you,” he told Maidment, “that oral advocacy will continue to be a part of appeals in the Court of Appeal for Ontario for the future. But we may have a dialogue about does that apply to every single case as a matter of right? Are there some cases that, for whatever reason, can be fairly and responsibly dealt with by an alternative means?”

“When we’re talking, as we will be talking, about scarce resources going forward, I think we have to have that dialogue, and I think the bar has to participate in that,” he added. “I don’t know where it’s going to go, but I think it’s a dialogue that we need to have.”

Strathy said the justice system’s response to the pandemic gives him confidence that it can meet the challenge ahead. He paid tribute to the “extraordinary leadership” of Chief Justice Geoffrey Morawetz of the Superior Court of Justice, Chief Justice Lise Maisonneuve of the Ontario Court of Justice, “a strong judiciary at all levels,” and strong leadership in the bar. Across the system, he noted, there is a common desire to co-operate and make the system better.

“I think our focus is going to be let’s roll up our sleeves and work together,” he said. “But we’ve got to not just repair the old system. I think, frankly, we have to build a new system.”

Ontario’s justice system is already feeling the impact of tightening purse strings following the election of Premier Doug Ford’s Progressive Conservative government in June 2018. In a rare public rebuke, Strathy criticized the government in September 2019 for cutting legal aid funding by 30 per cent, describing it as a false economy. And most recently, Attorney General Doug Downey announced on May 8 the cancellation of a new, $200 million to $499 million, consolidated courthouse for Halton Region.

In his fireside chat, Strathy said such funding issues raise questions of judicial independence. Under the Constitution of Canada, the judiciary is an equal and independent branch of government, he noted, but “we’re being funded by the very institutions we’re called on to supervise.”

Strathy said technological changes that Ontario’s judicial system started making before the pandemic, like e-filing and the implementation of CourtCall remote hearings, have helped it cope better with challenges of COVID-19.

His own interest in technology has helped him adapt, he added. But while he talks almost daily with chief justices across Canada, members of the civil and criminal bar and the Ministry of the Attorney General, he admitted he still sometimes feels the challenge of isolation — like most at-home workers.

At the same time, he observed, the pandemic has provided a reminder of what’s most important in life, including his 39-year marriage. “Although we now bicker over bandwidth,” he joked, “we find ourselves pretty good companions.”

“I see the COVID experience as a chance for all of us to prepare ourselves for what’s ahead of us,” he said. “I think it starts with very simple things like learning what’s important in our lives, learning about relationships, learning about just the value of being able to walk outside and breathe clean air and stand in the sunlight.”