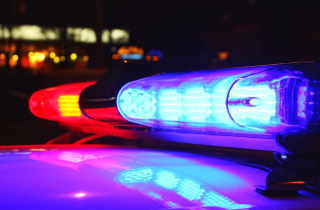 In the driver’s seat: Where most people meet police

While it is uncommon for most people to have any interaction with police or the court system, by far the most common interaction people have is in provincial offences court which many people call traffic court.

In the April to March fiscal year the government of Ontario reported that just over one and a half million provincial offence charges had been received. This is down approximately 1.5 per cent from the previous year. Of these, just over 1.2 million are Highway Traffic Act charges. Almost 100,000 more relate to automobile insurance. A fair number of the 65,000 liquor licence and municipal bylaw offences also relate to driving meaning somewhere around 90 per cent of charges relate to driving related activity.

You may think that because this is the most common touchstone with the justice system for people to have, that the process would be the best understood. However, for most people, this sort of interaction will still be rare in their life. There is a great mystery which seems to surround how the system works. The deference which is given in the common person’s interaction with police and the court system tends to leave the average person with a great deal of fear or apprehension when dealing with such matters. Knowledge and education can overcome this fear and through understanding the process, it can be make it better appreciated.

The initial interaction with the justice system happens at the “roadside.” This may be when a person is pulled over for speeding, drives into a RIDE check or is involved in an accident. Sometimes this may even be when police arrive at a person’s house after they have already arrived home. Driving is one of the most heavily regulated activities as well as one of the most common.

Almost half of Canadians drive to work every day. When you consider the proportion of the population which is of working age, eliminating children and retirees, the number is even more significant. The Supreme Court in R. v. Beatty 2008 SCC 5 noted that “driving is an inherently dangerous activity, but one that is both legal and of social value.” It is because of this that it is so highly regulated.

As a result of this regulation, police have significant powers and authority when dealing with driving matters which they may not have in other situations. In virtually every province and territory, police have the power to stop vehicles for little to no reason. Police, and others such as safety inspectors, may stop not only people who are committing on offence but others as well. Checking on sobriety, vehicle safety, driver’s licensing or insurance are just a few of the reasons police can stop a vehicle.

When stopped, a person is effectively detained by police. The highly regulated nature of driving is recognized as the reason to allow for a detention without articulable cause. By engaging in driving, a person gives up some rights.

When stopped, a person is required to provide certain information to police. Drivers must identify themselves, provide vehicle documentation like ownership and confirm insurance upon request. If a person is in an accident, then the requirements go even further including calling the police in most situations. For example, in Ontario if an accident involves any injury, another person or property damages exceeding $2,000 then it is to be reported. Even if it does not need to be reported to police, a driver may have a duty to stay at the scene of the accident and provide their information to the other driver.

If there is not an accident and a person is home and inside their house, then the dynamics change. At that point, a person may refuse to speak to police in most cases unless police obtain a warrant. Even in situations where a person is required to provide certain information, it may be in their best interest to provide only the information required. For example, while police may stop a vehicle to check on a driver’s sobriety, the driver need not answer questions about when they were drinking, how much or if they were drinking. The right answer to an inquiry about whether a driver was drinking is to invoke the right not to answer.

In criminal prosecutions, compelled statements cannot be used in a trial. However, amendments to the Criminal Code in December 2018 made compelled statements admissible to form grounds to arrest a person in many driving offences and in provincial offences matters, statements may still be admissible. The requirement to report an accident does not include the requirement to give every detail. The only way to be sure is to insist on calling a lawyer.

Most interactions with police at the side of the road, while intimidating, need not be. Being pleasant and friendly while maintaining your rights is possible. Most police tend to be more understanding with a person who is polite.