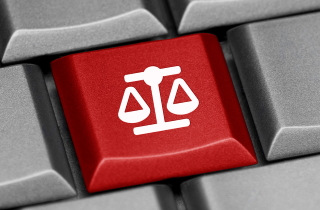 In the recent Alberta Court of Queen’s Bench decision of Sandhu v. Siri Guru Nanak Sikh Gurdwara of Alberta 2020 ABQB 359, Justice Michael Lema found authority in the Alberta Rules of Court and applied recent Ontario authority, among others, to authorize cross-examination on affidavits by videoconference, or “remotely,” given the exigencies of the pandemic.

The parties were tasked by the court to develop a litigation plan, and the defendant organization argued that given the large number of people to be cross-examined it would be impossible, or at least unwieldy, to conduct cross-examinations by videoconference, especially in view of the need for a translator. In its view the cross-examinations should be deferred until “the all-clear has been sounded about Covid-19” and in person cross-examinations could take place.

The plaintiff argued that the end date of the pandemic could not be determined, the technology was currently available for effective cross-examination, and the remedy sought by the applicant would be forestalled by waiting for the abatement of the pandemic. He applied for approval of his proposed litigation plan which would include remote cross-examination on the affidavits.

After a detailed analysis of the Rules of Court and Alberta jurisprudence, Justice Lema concluded that the court had authority to direct “upstream steps like discoveries and questioning on affidavits” remotely, that is, by videoconference. He noted Alberta Court of Appeal authority that: “It is simply a question of weighing practicality in the 21st century” (Alberta Central Airways Ltd. v. Progressive Air Services Ltd. 2000 ABCA 36), and further that the foundational rules required the fair, just and timely resolution of parties’ claims.

Apart from the pandemic, authority noted that remote questioning and cross-examination could be helpful when: (1) an individual is a long way away from the jurisdiction in which the examination would normally take place; (2) the costs for the personal attendance of the individual would be high; (3) the examination could be carried out with a minimum of difficulty by use of video conferencing technology; and (4) where there had already been an opportunity for counsel to engage in personal cross-examination of an extensive nature of the particular witness or potential witness (De Carvalho v. Watson [2000] A.J. No. 555).

Justice Lema then turned to recent Ontario authority which specifically addressed the implications of the pandemic. In Arconti v. Smith 2020 ONSC 2782, Justice Frederick Myers had discounted concerns about the possible abuse of the technology, including improper prompting of a witness, and noted that lawyers were circumscribed by their professional obligations not to engage in such abuses. “… I do not think an amorphous risk of abuse is a good basis to decline to use available technology.”

Further, there were no due process concerns inherent in the use of videoconferencing, as all parties have the same ability to put all of the relevant evidence before the court and to challenge the evidence adduced by the other side. Use of readily available technology is part of the basic skillset required of civil litigators and the court. The benefit that the litigation would not be stopped in its tracks outweighed the risks.

It seems, then, that civil litigators in Alberta will be expected to become proficient with the new technologies required for remote upstream litigation. As in Ontario, the pandemic will not be allowed to protract the course of litigation as Alberta moves firmly into the 21st century.

Barb Cotton is the principal of Bottom Line Research and assists solo, small and specialized lawyers with their research and writing needs. She can be reached at (403) 240-3142, cell (403) 852-3462, e-mail barbc@bottomlineresearch.ca.