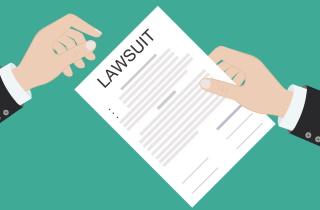 By some counts, there have been between 17 and 33 class actions commenced in the past few months in Canada that are based on or arise out of the economic disruption caused by the COVID-19 pandemic.

It is a truism that there will be more, and that the resultant litigation will last years and will consume huge amounts of resources.

We can be sure that the above list will be longer within the next month or two as more people seek redress or compensation for the economic hardships that they have endured as a result of the pandemic, which they will seek to transfer to another party, using the mechanism of the class action.

The collapse of the stock market in the days following the NBA’s suspension of its season (which ultimately proved to be the catalyst for the government ordered “lockdowns”) may give rise to claims against financial advisers, and potentially against boards of directors, for failing to have appropriate insurance against the risk of a pandemic. This may be especially true with such extensive media coverage of the various responses from the insurance industry and the fact that certain professions and industries were carrying “pandemic coverage” while many others were not.

One recent story mentioned specifically that while insurance brokers Marsh (and likely other brokers as well) had offered pandemic coverage to its insureds prior to COVID-19, very few insureds had purchased the coverage. Any board of directors that was offered such coverage and turned it down will be regretting that decision at this point. That could easily be the basis for a securities class action, if it led to the company taking substantial losses, missing a dividend payment or a significant reduction in a company’s stock price.

Business interruption insurance has garnered most of the headlines, as it is the type of insurance that most companies will turn to first in this kind of situation and it is the subject of all of the class actions against insurers so far.

However, the issue is that business interruption insurance is, for most insureds, a “follow on” coverage that is attached to a property policy, which responds to a reduction in business income or profit (depending on the wording) which occurs as a result of the “direct physical loss, of or damage to” property.

Most business interruption coverage does not respond unless there has been some sort of predicated property loss that first triggers coverage under the applicable property policy. While the contamination of a workplace (by COVID-19 or otherwise) may be considered a “loss of use” of property and therefore may be covered under certain policy wordings, most of the businesses that have ceased operating have not been shut because of contamination, but because of government orders closing all “non-essential” businesses.

While the three class actions in Quebec are all against single insurers, the Manitoba class action names at least 10 different insurers, at last count. The problem for that class action will be that it is quite likely that the wordings that the various insurers use will be different, and as such it is likely that even if it is certified, it will have to be split into smaller subclasses, with each subclass containing only those insurers who use substantially similar or identical wordings, so that the interpretation of the relevant provisions can be done in a consistent manner by the court.

In addition, the class action will, in my opinion, need to be bifurcated between liability and damages, as each class member’s calculation of damages will be unique. While this is a barrier that has been overcome in the past, it remains an issue that will have to be dealt with.

With regard to the class actions against ticket sellers and resellers (Ticketmaster and StubHub), one of the big issues will be whether or not the defendants have a force majeure defence. Another issue is that most events are being rescheduled rather than cancelled, and it is entirely possible that a large percentage of the class claimants will have had the opportunity to attend the events for which they bought tickets by the time the action gets to the motion for certification.

In that case, what damage has the ticket buyer suffered? Class counsel may allege that the ticket buyers are entitled to interest on the ticket price for the period of the delay, but at current interest rates, that would be a negligible amount.

The various lawsuits against the airlines for failure to refund ticket prices for cancelled flights face similar issues. First, ticket buyers in the various Canadian provinces have different requirements, and travel agents and airlines face different regulations in the different provinces. This will likely mean that a series of subclasses are necessary if a national class action is eventually constituted.

In addition, it may also matter whether a given buyer bought their flight from a travel agent, directly from the airline, or from a travel website. This may again militate in favour of subclasses within each provincial subclass. For example, in Ontario, travel agents are required to offer travel insurance to every client and are required to have written documentation if the traveller declines the insurance.

Should there then be another set of subclasses for those who purchased travel insurance and for those who did not? Are those with travel insurance even entitled to a remedy from the airlines? Should they not simply claim on the insurance policy? The answer to this question is complicated by the fact that, apparently, some travel insurers are denying coverage to travellers who were offered a credit instead of a refund and are taking the position that the traveller has not, in that situation, suffered a “loss” pursuant to the policy.

As we can see, this has the potential to be a very unwieldy class action, and that is before we even consider whether or not the airlines have a force majeure defence.

The actions against the long-term care homes are likely the simplest, from class counsel’s perspective. While damages would have to be assessed individually, the liability of each location can likely be assessed on a global basis based on whether its standards and practices met the requisite standard of care. The long-term care home operators, as defendants, are also the most likely of all of the current targets to have an appetite to settle the class actions before a certification motion, given the public relations issues and the widespread nature of the issue for the industry as a whole.

In any event, it will be an interesting few years for class action defence counsel and for the insurers involved in these matters.

Mikel Pearce has spent his entire career servicing the insurance industry, both as in-house counsel and in private practice. At Strigberger, Brown, Armstrong LLP, Pearce provides services to clients on both defence and coverage issues on a variety of specialty lines insurance products, including cyber and privacy, errors and omissions, directors and officers and general and product liability.