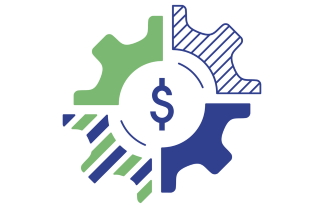 As businesses start to reopen more fulsome operations, retail franchises may need to implement changes to their premises and sometimes to their systems and even business models. Changes may range from the simple addition of safety fixtures on the premises, to adding new product lines or delivery methods. Franchisees, in turn, may be required to make these changes to their operations, often at a significant cost.

Typical franchise agreements give franchisors the legal right to make system changes, including these provisions:


However, in some situations, the obligation to act in good faith may constrain the scope of permissible system changes, such as if those changes are commercially unreasonable and if they are expected to have a detrimental effect on franchisees.

Depending on the significance of the change, and to reduce litigation risk, it may be a good strategy to actively consult with franchisees about intended system changes and to get buy-in from as many franchisees as possible. This consultation should begin before the franchisor formally announces its intention to make changes.

Franchisors should document why the system change is commercially reasonable. This includes considerations about the reasons for the proposed system change and the expected impact on franchisees.

Franchisors can also consider imposing changes through modifications to the operation manual. These changes will be smaller in scope, will likely impose less litigation risk and may require less or no consultation with franchisees. Systems modification this way may be implemented through a gradual series of small-scale changes to the operation manual. This may not be suitable, however, for all necessary responses to the COVID-19 pandemic.

Other consequences of a takeover by another system may include winding down some non-performing locations, whether by consent termination or otherwise where appropriate legal grounds exist. Similarly, if a franchisor becomes insolvent and ends up going through a formal insolvency restructuring, non-performing locations may have to be shut down or otherwise taken out of the system.

While most franchisors and franchisees would prefer to avoid taking termination steps, that remedy may be one that either side ultimately chooses to take, particularly where the location performs poorly. Both parties should keep in mind that termination on traditional default grounds may not be as straightforward as it otherwise used to be. Given the statutory obligation on both parties to a franchise agreement to enforce rights or obligations under the franchise agreement in good faith, it is possible that a strict enforcement may be deemed to be unreasonable in the circumstances of the pandemic.

Disputes between a franchisor and its franchisees about system changes may be, by their nature, system-side and may lend themselves to group or class-based disputes. Group or class claims based on system changes are usually founded on allegations of breach of the good faith obligation. Franchisors should remain cognizant of the harm to the brand and goodwill with the public, as well as the potential risks of litigation.