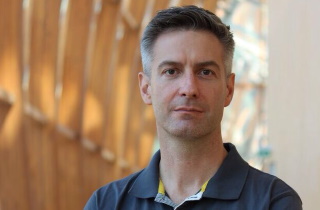 As some judicial leaders question the future of civil juries, one jurors advocate is warning that the impact of COVID-19 could leave Canadian courts with a severe shortage of jurors when in-person trials resume, unless provinces provide improved support.

“A lot of Canadians, when they receive a summons, the first thing they want to do is find a way to get out of it,” said Mark Farrant, the founder of the Canadian Juries Commission (CJC), a Toronto-based non-profit launched in 2019 to lobby for the interests of jurors and the jury system.

“With this pandemic recession we’re in,” he added, “we’re concerned that there are going to be a lot more Canadians raising their hand at the outset saying, ‘I don’t want to do it and I can’t do it, your honour.’ That’s a concern and we need to address it.”

According to the Ottawa-based Conference Board of Canada, the Canadian economy has lost three million jobs since February.

Jury duty should be declared an essential service so the proper resources can be marshalled, from personal protective equipment to improved pay, he told The Lawyer’s Daily. The huge backlog of cases caused by the pandemic makes the need even more pressing.

“There are going to be thousands of cases lining up for their day in court, and that’s going to put an enormous amount of pressure on Canadians to respond to summonses,” said Farrant, who suffered post-traumatic stress disorder (PTSD) after sitting as a juror in a first-degree murder case in 2014.

“But we also can’t limit the number of jury trials,” he added. “We can’t lose sight of the defendant’s right to be tried by a jury of his or her peers. So we have to ensure that jurors are safe and secure so Canadians can come forward and serve.”

That effort should start by increasing juror pay, he argued. Compensation levels in most provinces remain low. In Ontario, for example, sitting jurors are not paid for the first 10 days. From day 11 to 49, they receive $40 a day, and $100 a day from day 50 on. In Quebec, sitting jurors are paid $103 a day, while British Columbia offers $20 a day for the first 10 days, a $60 per diem from days 11 to 49, and $100 from day 50 on. Newfoundland and Labrador is the only province that requires employers to maintain salaries while employees serve on juries.

“We can’t think of jury duty pay as an allowance or an honorarium anymore,” said Farrant. “It has to be seen as income support.”

Farrant said the Canadian Juries Commission has heard some feedback from provinces that raising jury pay amid a recession is not feasible financially. But “that excuse is absurd,” he said. “It’s not 1950 anymore. We need jury duty pay to be consistent with the minimum wage, which it’s not.”

Farrant added that Canadians who do have jobs may find their financially beleaguered employers less willing to put up with extended absences due to jury duty — even though they are legally required to hold jobs open.

Health and safety concerns will also discourage many people from serving, beginning with lingering fears around COVID-19 transmission and higher levels of anxiety and depression. A survey of 2,000 Canadians released June 17 by Toronto’s Centre for Addiction and Mental Health found that one in five reported feeling moderate to severe levels of anxiety due to factors such as job loss and fear of contracting the virus.

He noted that mental health support for ex-jurors could improve to some degree with the passage of Bill S-207, which is currently stuck in second reading in the Senate. The CJC played a key role in launching the bill, which proposes to amend the Criminal Code to lift the prohibition against the disclosure of information about jury proceedings, enabling jurors traumatized by difficult cases to discuss the details with mental health professionals. For years, Farrant said, many psychiatrists, psychologists and other counsellors have refused to accept former jurors as patients because of the legal implications.

The Canadian Juries Commission is also lobbying provincial governments to improve data science in issuing summonses so juries include more Indigenous and black Canadians. Ontario recently took a step toward making juries more reflective of the general population by switching to the OHIP health insurance database for sending out summonses instead of using data collected by the province’s Municipal Property Assessment Corporation (MPAC).

Toronto lawyer William Trudell, chair of the Canadian Council of Criminal Defence Lawyers, said that schools, governments and other institutions in Canada don’t do enough to emphasize the vital importance of juries.

“We need to change the culture,” he told The Lawyer’s Daily. “And as we come out of this, we need to convince the public how essential juries are to democracy.”

Recent musings by Chief Justice of Canada Richard Wagner about cutting the number of jurors are not helpful, said Trudell, a sole practitioner based in Toronto.

The pursuit of fair, transparent justice is more important than efficiency, he added. “What I’m worried about is that someone is going to say it’s too hard — let’s not have jury trials. That would be a disaster and unworthy of our country and our courts.”

One by one, Trudell advised, barriers to fair jury participation must be tackled, including low juror pay and the cumbersome selection process. He suggested, for example, that an online questionnaire could be used to screen available and representative jury candidates at the front end, as in Australia.

“It’s a perfect opportunity now to start with jurors in a better way,” he added. “We’re problem solvers. That’s what lawyers are. That’s what judges are. So we have to solve this problem.”

In a June 5 letter, Ontario Attorney General Doug Downey invited stakesholders to comment on the future of civil juries. “I am considering,” the letter reads, “an amendment to the Courts of Justice Act to eliminate some or all civil jury trials.”

“As you may know,” the letter adds, “I recently made changes to remove the availability of jury trials in simplified procedure cases started under Rule 76 of the Rules of Civil Procedure. However, Ontario is one of the last Canadian jurisdictions to allow civil jury trials for most other civil matters, as of right.”

In response, the Federation of Ontario Law Associations (FOLA), which represents about 12,000 lawyers across the province, expressed support for a temporary suspension of civil jury trials to help clear the backlog created by COVID-19, but cautioned against a permanent change.

“Although we fully appreciate the current health crisis that is being faced as a result of the COVID-19 pandemic,” FOLA chair William Woodward wrote in a June 15 letter, “we suggest that the fundamental right to a jury trial in a civil case requires more careful consideration before it is eliminated.”