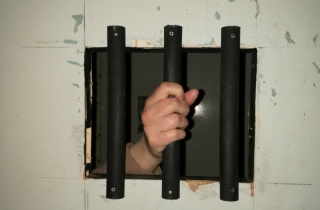 Judicial responsibility towards those self-representing from segregation

Pratt’s habeas corpus application, in October 2018, challenged the lawfulness of his continued close confinement, alleging that: he was not provided reasons for his close confinement, he was not provided a date for release and that he was being held past the 10-day maximum. He filed his application from the segregation cell in which he was confined and was self-represented.

A teleconference for a motion for direction was set. At the time of the motion for directions, no sworn documents had been filed by the respondent attorney general, the parties were not under oath, and no witnesses were called nor exhibits submitted.

Based on the paper application of Pratt and the oral submissions made during a teleconference motion for directions between Pratt and the representative for the respondent — the attorney general of Nova Scotia, Justice Rosinski dismissed Pratt’s application for mootness. Meaning, Pratt was not given the opportunity to argue the unlawfulness of his placement in segregation on its merits. Nor was he provided the opportunity to argue that his habeas corpus should be heard despite mootness — an issue frequently argued on its merits in habeas corpus applications as situations in correctional facilities change frequently and are thus evasive of review.

Pratt, during this conference call, alerted Justice Rosinski several times that he had not received the disciplinary records on which the respondent was relying to justify his current close confinement and that he had not been provided procedural fairness. As, though the time limit for the disciplinary infractions for which he had been given disclosure had passed, he had not yet been released and was provided no information of an end date. Pratt was persistent in his request for a hearing on the merits.

The decision to dismiss the application for mootness was based on counsel for the attorney general’s comments during the conference call. The respondent’s counsel stated that he had just received information from the correctional facility regarding the reasons for Pratt’s continued segregation. This information was never disclosed to Pratt and stemmed from allegations to which Pratt had never been given the opportunity to respond, nor was it before the court. Justice Rosinski found that Pratt’s current habeas corpus application was only in relation to the disciplinary charges for which the period of his segregation had ended, and therefore to contest the ongoing segregation in relation to new disciplinary infractions, he must make a new application.

Despite Pratt’s submissions against Justice Rosinski’s finding, as Justice Elizabeth Van den Eynden writes in the Court of Appeal decision, “In effect, the judge drew a line in the sand.”

This communication included, among other things, a request for the law and policies governing the close confinement of Pratt, as well as an explanation of an e-mail from the deputy superintendent regarding Pratt’s continued placement in the close confinement unit. Counsel for the respondent forwarded applicable law and policy to Justice Rosinski and provided an explanation regarding the e-mail but in regards to the wrong prisoner (an error later corrected). Justice Rosinski was also provided disciplinary reports about Pratt as well as other documents from his correctional file. Pratt was not provided this information, nor given the opportunity to respond.

The written decision confirming his dismissal of Pratt’s application, released months later by Justice Rosinski, substantively expanded beyond the reasons provided in his oral dismissal, relying on the information provided by the attorney general but not disclosed to Pratt.

The Court of Appeal decision written by Justice Van den Eynden reveals deeply concerning treatment of a self-represented individual experiencing significant restrictions on his liberty. As Justice Van den Eynden writes, “How Mr. Pratt’s application was dispensed with by the lower court was not procedurally fair.”

Upon reading the appellate decision, and the excerpts of the teleconference between Pratt, counsel for the attorney general, and Justice Rosinski, one may feel compelled to ask, would Pratt have received the same treatment had he been represented by counsel?

In 2006, the Canadian Judicial Council (CJC) released a Statement of Principles on Self-represented Litigants and Accused Persons, which emphasizes the obligations that judges, the courts and other justice-system participants have in advancing opportunities for “all persons to understand and meaningfully present their case, regardless of representation.” This statement formulated by a committee of the council, mandates that “[j]udges have a responsibility to inquire whether self-represented persons are aware of their procedural options, and to direct them to available information if they are not. Depending on the circumstances and nature of the case, judges may explain the relevant law in the case and implications, before the self-represented person makes critical choices.”

Further, where appropriate, as is a requirement pursuant to judicial neutrality and impartiality, “a judge should consider engaging in such case management activities as are required to protect the rights and interests of self-represented persons.”

Justice Van den Eynden highlights the difficulties faced by self-represented applicant prisoners, especially if they are representing themselves from a segregation cell, and if the applicant is experiencing mental health and or literacy issues. In the case of habeas corpus applications in Nova Scotia, it is exceedingly rare for applicants to be represented by counsel, as legal aid does not routinely provide certificates for prison law matters, and incarcerated individuals often cannot afford private counsel. By their very nature, habeas corpus applications are made from particularly restrictive conditions. Therefore, the ethical duties owed to ensure fairness and “access to justice” to the applicants in these matters weigh particularly onerously on those involved.

The risk of shirking these responsibilities owed towards self-represented litigants extends further than the harm done to the self-represented individuals. Habeas corpus applications are predominantly put forward by those without counsel. Therefore, failing to take the necessary steps to ensure the “self-rep” is enabled to expresses why the restriction of their liberty is unlawful (short of actually providing them counsel, of course) will lead to the creation of a warped body of precedent.

This decision is the first Nova Scotia Court of Appeal’s substantive assessment of the writ of habeas corpus since Gogan v. Canada (Attorney General) 2017 NSCA 4, and stands as another reminder of the Supreme Court’s important role in ensuring proper judicial oversight of the liberty-restricting decisions made in our correctional facilities.

Hanna Garson is with Mackillop Pictou Law Group and is executive director of East Coast Prison Justice Society. She is interested in legal jousts regarding what is an appropriate use of state power and can be reached at  hannabgz@gmail.com.