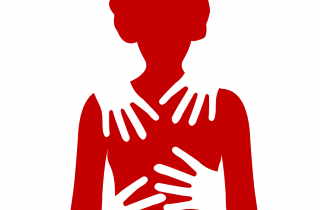 Workplace bullying: The other epidemic

During and following the COVID-19 pandemic, there is a critical need for employers to be even more vigilant regarding their occupational health and safety responsibilities. For the past few months, workplace bullies and harassers have been methodically developing new and sophisticated tactics to virtually and digitally eliminate their target from the workplace.

After 25 years of working in the field of workplace violence and harassment, I know first-hand the devastating consequences of workplace bullying, both for individuals and the organizations that employ them. There are significant costs associated with what I see as an epidemic, including productivity drops, stress leaves and staff turnover. Research shows that harassed and bullied employees frequently develop mental health problems, such as anxiety, costing employers $20 billion a year, according to estimates from the Mental Health Commission of Canada.

In December 2019, seven executives of a French telecom company were convicted and jailed following a series of suicides by employees, reports Talent Canada magazine, noting that the managers attempted to reduce overhead through a harassment campaign designed to encourage resignations.

Several years ago, a man I encountered during the course of a workplace investigation was bullied at work to the point where he deliberately drove his car into a tree and had to be hospitalized for his injuries. He admitted to me that although he did not want to kill himself, he wanted to ensure that he “messed myself up enough” so that he could take a few months off. In his mind, the physical pain caused by the accident was a better option than the mental agony he was forced to endure as a result of systemic campaign of workplace bullying. Although this employee’s bully hid behind an office wall to torment his subordinate, the detrimental psychological effects on the target were no different than present-day bullies concealing themselves by the protective shield of home offices and computer screens.

Over the past decade, instances of cyberbullying have escalated with online harassment emerging as a preferred path for many bullies to terrorize their victims. With flexibility in work schedules and a lack of established in-house rules such as stringent meeting etiquette, harassers are now able to gain a false sense of security based on anonymity. This is a direct outcome of employers being consumed with technical and equipment issues while they disregard or minimize interpersonal differences or complaints of internal workplace bullying and harassment.

Despite the fact that self-empowerment through personal validation is a critical survival tool for targets of workplace discrimination and harassment, there is a thin line between freedom of speech and false claims or malicious defamatory comments made about management. Moreover, an emerging trend facing employers is the increasing number of blogs, social media posts and professional platforms that invite employees to openly criticize their employers. Publicly voicing dissatisfaction –– ranging from a personal opinion on a standard policy to a personal judgment regarding how an employer is handling a pandemic-related procedure such as the gradual return to work process –– is now commonplace.

The bystander effect, sometimes called “Genovese Syndrome,” following Kitty Genovese’s 1964 murder in Queens, N.Y., is a conscious decision that employers make to not intervene or become involved in online displays of incivility, disrespect or aggressive behaviour. It is critical for employers to immediately update, implement and enforce existing social networking and cyberbullying policies to address the organizational mob mentality or conscious silence that is emerging in workplaces. Working remotely does not decrease an employee’s obligation to report breaches in labour laws or allow them to choose neutrality as an option.

Workplace violence and harassment investigations need to be carried out vigilantly by highly trained and skilled investigators. Best practices must be applied swiftly and with due diligence, reflecting ever changing workplace settings. Any delay in accountability or adapting a willful blindness approach will increase the level of group complacency and, in the end, risk liability for employers.

Denise Koster of Koster Consulting & Associates is a workplace violence specialist and certified threat manager. For the past 25 years she has provided hundreds of organizations with investigation services. She is the author of the newly released book, Refusing to Accept the Unacceptable: The Trials, Tribulations and Triumphs of Workplace Bullying and Harassment.