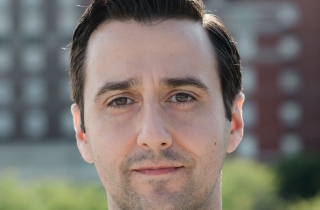 Experts weigh in on Manitoba’s step toward modernizing courts

Tech-minded legal experts are lauding Manitoba’s plan to develop an “Integrated Case Management” system in a bid to modernize its courts and bring better access to justice to the province.

On June 24, Manitoba Justice Minister Cliff Cullen announced the province was putting out a request for proposals from vendors to implement the system, which he said would “help to ensure more Manitobans across [the] province have access to justice information” and “improve the way information is handled across the court system.”

Like courts across the country, Manitoba’s have been forced to use remote conferencing and other forms of technology in order to stay at least somewhat operational during widespread calls for social distancing due to the COVID-19 health crisis.

According to a news release, the new technology would consolidate information and share it in real time through a “single province-wide system,” provide online access to court records, feature online dispute resolution and reduce the need for paper.

“The most common complaint about the justice system is that it is slow, complicated and costly,” said Manitoba Chief Justice Richard Chartier. “The new system will facilitate court hearings and service to the public using web-based and video technology as well as out-of-court dispute resolution. The expected outcome is for simpler, faster and more efficient judicial proceedings.”

The technology, which is being called a “state-of-the-art” information system, will support all three levels of court. Right now, there are more than 20 different systems throughout Manitoba’s courts that are not integrated, most being paper-based and requiring “manual updating.”

The plan is for the system to reduce in-person appearances at courthouses for tasks such as filing documents, scheduling hearings and paying fines and fees. There is also hope online dispute resolution will “reduce backlog and allow the court to focus on more serious, high-conflict matters.”

Michael Karanicolas, a digital information and privacy expert with Yale Law School in Connecticut, said “access to court information is long overdue.” And while he sees Manitoba’s plan as “potentially a very exciting development for improving access to justice,” he warns an eye be kept open for potential problems.

“What strikes me as a particular game-changer is the move towards remote participation by counsel and by other parties to the process,” Karanicolas told The Lawyer’s Daily. “This has the potential to be enormously valuable in improving access to justice, particularly in a country as vast as Canada. That said, there can be trade-offs with these kinds of arrangements, such as in terms of the interaction between lawyers and their clients or witnesses, so I would hope that the impacts will be carefully studied. I would also be interested in hearing more about how the transition will be handled, and whether it will push all aspects of the process into taking place digitally, or still rely on paper and in person for some aspects. But, on the whole, this is potentially a very exciting development for improving access to justice.”

Karanicolas was asked about these potential glitches — malfunction, privacy breaches or human error, for example.

“Of course, there are bound to be hiccups. There is an enormous variation between the levels of technical sophistication across Canada's legal community. And for proceedings that have a heightened need for privacy, special precautions will need to be taken. But it’s not as if the technologies to do this safely don’t exist. Journalists, for example, arrange for online disclosures of documentation, and for communication of secrets that are at the highest level of sensitivity, all the time. In a sense, it’s much more secure to have people patching in from the security of their homes than forcing everyone to come to court — but that’s only if the technology is managed properly.”

Barron Henley, of the Ohio-based Affinity Consulting Group, pointed to inefficiencies on the part of courts in his home state.

“Here, every court basically does their own thing so there are many different case [management] systems, web meeting systems, etc., in play,” said Henley. “That’s definitely the wrong way to do it since you can’t get any economies of scale going on and people can’t share knowledge since everyone is using something different.”

But Henley went on to say attempts are being made to further modernize a court system that, like its counterparts in Canada, has been relatively slow in embracing technology.

“There’s a real focus here on trying to set up a formal system for gathering data — such as sentencing information — so that benchmarks and guidelines can be established. Right now, there’s no central [database] for any of that kind of information. Many of the courts here are already on electronic case filing systems and that’s been a big improvement in efficiency. Practitioners adapted to it pretty easily.”

“There’s no question that Manitoba’s effort is smart and will likely result in faster justice and greater access to it. When I talk to lawyers who work in courts that are all paperless, the reviews are almost always positive. … When I passed the bar in 1993, everything related to the courts was in-person and manual. Being able to interface with the court electronically now is a tremendous convenience and keeps costs down.”