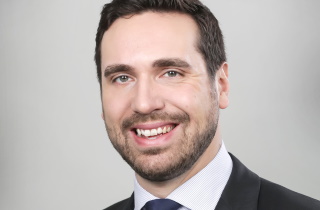 With its recent implementation of an online filing system, Quebec is joining the growing ranks of Canadian jurisdictions that are accelerating the technological shift in the justice system in the wake of the COVID-19 pandemic.

The Digital Court Office of Quebec, launched in mid-June, will allow any person to file a pleading with the Quebec Superior Court and the Court of Quebec, a development widely embraced by Quebec’s legal community. The new offering also allows for judicial fees to be paid online.

“The pandemic, a terrible event for so many people, has led to enormous modernization efforts in the Quebec justice system,” noted Paul-Matthieu Grondin, the bâtonnier of the Barreau du Québec. “We now know in case of a second wave that we can hold virtual and semi-virtual trials, hold telephone hearings and we now have an e-filing system. We have made giant strides, but those were steps that needed to be taken.”

Since the provincial government declared a public health emergency in March, the Ministry of Justice and Quebec courts have introduced a series of measures to modernize the justice system with unprecedented haste. In 2018, the Quebec government earmarked more than $1.4 billion to modernize the justice system, its courthouses and detention centres. But progress was slow, according to legal experts.

“The justice system has moved from the 19th century to the 21st century literally overnight, in a few weeks,” remarked Ivan Mokanov, the president of Lexum inc., a Montreal software company that designs and operates online legal information delivery products, most notably the Canadian Legal Information Institute (CanLII). “They pivoted really well because they had to keep operating. All those initiatives, honestly, are crisis management. It is not a digital transformation project. They are different things. You manage a crisis because you got hit by something unexpected, whereas with a digital transformation project you make a conscious move towards something. They are not the same thing.”

With Quebec courts inching their way towards resuming their judicial activities, fears that remote proceedings will give way to the archaic and traditional way of conducting legal affairs are unfounded, said Grondin, a view shared by others in the Quebec legal community. Technology can make justice more accessible, more affordable and safer, assert lawyers who advocate for digitization. What’s likely to happen is that there will be a mix between long-established practices co-mingling with the use of technology, predicted Grondin. Trials by jury will continue to be a staple. But it is likely that telephone proceedings over preliminary motions as well as semi-virtual proceedings in some matters with the judge hearing the case from the courthouse and lawyers pleading their case remotely will become part of the legal landscape, said Grondin.

“Obviously it is the courts’ decision to decide how will they handle these matters,” said Grondin. “We are having discussions, and they are good discussions that are being held, but I believe that semi-virtual proceedings are here to stay.”

Catherine Piché, vice-dean at the faculty of law at the Université of Montréal

There is little doubt that the Digital Court Office of Quebec will too become entrenched, according to legal observers. “When you need an expert in your office to file proceedings, there’s a problem,” pointed out Xavier Beauchamp-Tremblay, the president of CanLII. E-filing saves time, is efficient and is cost-effective, added law professor Catherine Piché, who specializes in civil proof and procedures, comparative law and private international law.

“E-filing will allow to process documents faster, better manage case files, have less loss because of poorly placed documents, and reduce printing and postal costs,” explained Piché, a vice-dean at the faculty of law at the Université of Montréal who recently completely a mandate for the Quebec Ministry of Justice that examined how jurisdictions around the world have adapted technology to their justice systems. “It also leads to more transparency. It will lead lawyers to practise differently, and it opens the door for better legal research, something that is a big problem here in Quebec and Canada. We are in a new era. The time when lawyers are lugging around huge briefcases with mounds of paper is over.”

Besides, added Piché, this is not new ground. The Saskatchewan Court of Appeal switched to electronic filing and electronic case management in 2012 while B.C.’s Court Services Online has allowed litigants to file and access their court documents online since 2005. Elsewhere around the world, electronic filing is in practice in places as diverse as Finland, Italy, Great Britain and the United States. “We are not reinventing the wheel but catching up to what other jurisdictions have been doing for a while,” noted Piché.

E-filing however in Quebec is not mandatory, not yet at least. That is not an ideal situation, said Beauchamp-Tremblay. That means that for an indeterminate period of time there could be two parties who file and manage files differently. “No matter what system you have, when you have two tracks for the same train, it can be confusing,” said Beauchamp-Tremblay. There is no reason, he added, for lawyers not to learn and use e-filing, a position shared by the bâtonnier. It is only a matter of time when it becomes obligatory for all lawyers to file electronically, added Grondin. That is why the Quebec legal society will shortly offer training e-filing sessions to lawyers. “For me, it should not be an option to use it or not,” said Grondin. “Not using it is not an option. If you don’t know how to use it, you have to learn how.”

In the meantime, there are kinks that need to be sorted out. For one, an archiving system, one that takes into account electronic and paper filing, has yet to be worked out, said Grondin. The Digital Office of Quebec also does not accept all kinds of filing or evidence, noted Piché. It cannot be used for a pleading or any other document with the Quebec Court of Appeal. Nor it can be used for a statement of offence in penal matters, an application for judicial authorization, an application for authorization to institute a class action, an application for the solemnization of a marriage or a civil union or records of a notary.

Beauchamp-Tremblay believes that the Quebec government should consider implementing a system where users of the new system simply have to fill out forms. That too, he believes, will lead to curbing costs and time for lawyers and law firms alike and make it easier for the public to gain access to justice.

Keeping a close eye on these developments are bailiffs, who possibly stand the most to lose. Process serving and delivery of notice are extremely important procedures that ensure the legitimacy of the communication process between the parties and the courts, said Piché. “The legitimacy of the process is fundamental,” explained Piché. “But once technology can demonstrate it is trustworthy and can provide guarantees over the integrity of the process, then one can envision process serving that is completely technological. At that moment, we will no longer need bailiffs.”

While concerned, the head of the bailiffs’ professional corporation does not believe it will lead to their demise.

“There is a risk that there will be an economic impact if lawyers or law firms decide to do it themselves (the Digital Office of Quebec),” said François Taillefer, president of Chambre des huissiers de justice du Québec. “Whether we agree or not, we’re in 2020 and it is the technological era for all professions, including bailiffs. We are going to have to adapt and take measures to deal with the new realities.”