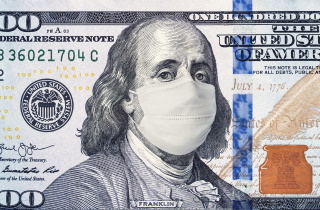 Concerns for snowbirds during COVID-19: Immigration

For most snowbirds, the border closures, executive proclamations, contradictory new stories and rarely decipherable guidance from government agencies have created a fair amount of confusion. Who may travel? What happens if you are stuck in the U.S. as a visitor?

“Snowbirds” are Canadian citizens and residents who flock annually to warmer U.S. climates to avoid Canadian winter weather. By most estimates, as many as 500,000 Canadian citizens and residents make the journey south each year. Indeed, snowbirds make up one of the largest investor groups in U.S. residential properties, accounting for nearly 20 per cent of all foreign home purchasers in the U.S. and contributing over US$7 billion in real estate purchases annually.

Until at least July 21, 2020, due to COVID-19, the U.S. and Canada temporarily suspended most non-essential cross-border travel. Currently, admission to the U.S. for tourism or pleasure, the purposes of most snowbirds, is not considered “essential” and not permissible.

Exceptions to current travel restrictions to the U.S. from Canada include:


Exceptions to current travel restrictions to the Canada from the U.S. include:


Immigration perspective: How long may snowbirds be in U.S. each year?

Many snowbirds are under the impression that they are only permitted to remain in the United States a total of six months or 183 days per year.

From an immigration perspective, there are two controlling concepts to keep in mind:

For example, if a person enters the United States on Jan. 1, 2019, is granted six months of stay by CBP and leaves the U.S. by the end of June 2019, there is no specific regulatory provision that would keep CBP from granting an additional six months of B-2 status to the individual upon a subsequent entry to the United States a few weeks later.

Prime examples of individuals in B-2 status for more than six months per year includes cohabiting partners, extended family members and other household members of another alien in long-term nonimmigrant status, but who are not eligible for derivative status under that alien’s visa classification. These individuals are often granted B-2 status for up to a one-year period by CBP at the port-of-entry and are eligible to extend their B-2 status, assuming they are eligible to evidence their ties to home country.

During COVID-19, many snowbirds have found themselves virtually trapped in the United States and may, without intent, overstay their authorized period of stay in B-2 status. While grace periods have been implemented in certain circumstances, it is imperative that snowbirds file a request to extend B-2 status through U.S. Citizenship & Immigration Services prior to the expiration of their current B-2 status. Failure to do so can result in bars from admission to the United States for future travel.

This is part one of a two-part series. Part two: Concerns for snowbirds during COVID-19: Tax.