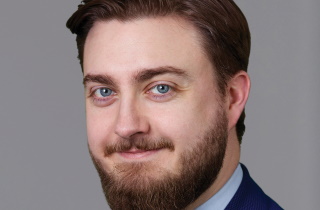 An Ontario Court of Appeal ruling that declined to address the silence in the province’s Class Proceedings Act (CPA) regarding the suspension of limitation periods will soon be resolved by the Ontario legislature.

In Green v. Hospital for Sick Children 2020 ONCA 414, released on June 25, the court dismissed an appeal by Toronto-based SickKids that challenged the motion judge’s interpretation of section 28 (1) of the CPA.

Last year, in Green v. Hospital for Sick Children 2019 ONSC 5696, Justice Paul Perell wrote that “the dismissal of the certification motion is akin to a discontinuance of a proceeding commenced under the Class Proceedings Act,” despite not being listed as one of the circumstances that trigger a suspension of the limitation period under s. 28 (1).

Previously, Ontario’s appellate court followed the same interpretation as Justice Perell regarding the suspension of limitation periods upon the denial of certification in its ruling, Logan v. Canada [2004] O.J. No. 2769.

“A motion to dismiss the proceedings contemplates that a class action has begun, but the denial of certification means that no class action ever came into being,” said Court of Appeal Justices Russell Juriansz, Peter Lauwers and Grant Huscroft in their unanimous decision in Green. “Thus, no action could be dismissed, nor could an action be discontinued, and in any event discontinuance contemplates a motion brought by the plaintiffs in an action, not the defendant.”

“A denial of certification is, in our view, akin to the decertification of a class action, but while the latter causes the limitation period to resume running, the former does not. That is a feature of s. 28 (1),” said the court, noting that clarification of the matter is best addressed at Queen’s Park.

That will soon happen. Bill 161, the Smarter and Stronger Justice Act, 2020, currently at third reading in the Ontario Legislative Assembly, would amend s. 28 (1) to cause the limitation period to resume running after “the court refuses to certify the proceeding as a class proceeding.”

“Bill 161 will make it clear that would-be plaintiffs need to start their individual lawsuits very soon after a proposed class action is not certified,” said Jasminka Kalajdzic, an associate professor and director of the Class Action Clinic at the University of Windsor’s Faculty of Law.

However, she added that it would be “hard to see how plaintiffs will know to do that unless there is a lot of publicity about a case or notice given to affected individuals once certification is denied.”

Jeremy Martin, a partner in the litigation group at Cassels Brock & Blackwell LLP in Toronto who last month testified before the Standing Committee on Justice Policy at the Ontario legislature regarding Bill 161, said that were it not for the pending amendment to CPA s. 28 (1), Green “could have caused some consternation for defendants, who very frequently may be successful in defeating a certification, but who will see the claims against them suspended indefinitely.”

“This decision would not have resolved that difficulty, but it appears as though the legislature will,” he explained.

Martin, who serves as a class action defence lawyer with a specialty in product liability and mass tort cases at Cassels, said the amended CPA “completely resolves the ambiguity” over when a limitation period resumes running following the court’s refusal to certify a class action.

“The courts have interpreted the legislative silence as intentional, allowing plaintiffs to recalibrate or recast their approach to a case and potentially pursue it in another form of collective action. But it’s been frustrating for defendants who have defeated certification and who still face outstanding claims that can potentially last forever.”

In Green, respondent Rebecca Green was the representative plaintiff in a proposed class action alleging that the appellants — the Hospital for Sick Children, Dr. Gideon Koren, founder of the hospital’s former Motherisk program, and Joey Gareri, one of the managers of the Motherisk Drug Testing Laboratory — were negligent in operating the lab, which screened hair samples for the presence of drugs and alcohol and which delivered false-positive results used for various purposes, such as in criminal proceedings and family law disputes.

Green returned to the Superior Court last September where she brought a motion for an order declaring that the putative class members’ limitation periods continued to be suspended, permitting her to continue the proceeding as a multi-plaintiff action pursuant to s. 7 of the CPA and granting leave to file an amended statement of claim to join about 200 individual claimants to her claim.

As the appellate court noted in its ruling, “numerous proposed co-plaintiffs on the motion were already included in other actions that were ongoing, and counsel for the respondent [Kirk Baert] refused to confirm that he represented the proposed co-plaintiffs, despite the request that he do so.”

(The Lawyer’s Daily unsuccessfully sought comment on the Appeal Court decision from Baert, a partner at Koskie Minsky LLP where he heads the firm’s class action group, along with his Koskie colleagues Celeste Poltak and Adam Tanel, who represented Green before the court. Counsel for SickKids, Koren and Gareri also did not respond to a request for reaction to the ruling.)

In his ruling, Justice Perell only granted Green’s motion to continue her individual action under s. 7 — a finding that the appellants did not contest.