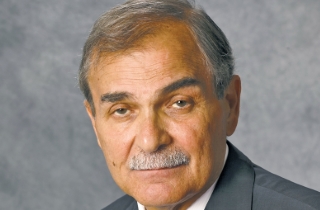 Ontario’s Ministry of the Attorney General is reopening courtrooms as scheduled the week of July 6-10 amid growing concern among Crown attorneys and other courthouse workers about the risks of returning to in-person proceedings.

In a statement released July 4, the Ontario Court of Justice announced that the Ministry would delay reopening two locations for in-person trials and preliminary inquiries because it was not satisfied that all necessary health and safety measures were in place at the College Park courthouse in Toronto and the Guelph courthouse. But in a July 6 update, the Ontario Court of Justice said the Guelph courthouse will reopen July 7 because the Ministry was satisfied that health and safety measures are now completed.

In-person proceedings were still scheduled to resume July 6 in 147 other Superior and Ontario Courts of Justice courtrooms in 43 locations across Ontario, as originally planned by the Ministry.

However, the Ontario Crown Attorneys’ Association (OCAA), which represents more than 1,000 assistant Crown attorneys and Crown counsel, has filed a notice of application for an injunction to delay resuming in-person proceedings.

In a July 2 e-mail to The Lawyer’s Daily, Jenessa Crognali, a spokesperson for Attorney General Doug Downey, confirmed that the Ministry was served with the notice of application and will respond. “A date for the hearing of the application has not yet been scheduled in Superior Court,” she wrote. “As this matter is subject to litigation, it would be inappropriate to comment.”

Paul Cavalluzzo, counsel for the OCAA

Toronto lawyer Paul Cavalluzzo, who is acting as counsel for the OCAA, said in a July 3 interview that the injunction is “on a state of hold” and Crowns were not considering a job action. “But, of course, every employee under the Occupational Health and Safety Act (OHSA) has the right to refuse work if they feel it’s unsafe,” he told The Lawyer’s Daily. “That’s just a statutory right.

“We just feel that throughout this whole process that the employer did not supply us with the adequate information that we sought,” he added, “or meaningfully consulted us before they made these rules.”

Crown attorneys remain “very concerned and anxious” about the safety of returning to in-person proceedings, he said, and will be monitoring the situation closely.

Other court workers have the same concern. In a July 3 letter representing the bulk of employees working in Ontario courthouses, Cavalluzzo urged Downey to address six key concerns to ensure that courthouses and courtrooms are safe. The letter was written on behalf of the OCAA, the Association of Law Officers of the Crown (ALOC), the Society of United Professionals, which represents legal aid lawyers, and the Ontario Public Service Employees Union (OPSEU), which represents about 5,700 employees with the Ministry of the Attorney General in various positions.

“We appreciate that as time has moved on, some improvements have been made by the employer in order to meet its primary OHSA obligation to take all reasonable precautions necessary to protect its employees in these courthouses,” the letter reads. “We appreciate these efforts, including those made on July 1. However, the associations and unions believe that there are a number of other precautions which must be taken in order to adequately protect the employees who have been called back to work in these courthouses.”

The letter calls on the Ministry to conduct new safety assessment reports for each courthouse “as the existing reports are based on old conditions.” It also requests employee training on new health and safety procedures and protocols.

“This must be done before the courts open,” reads the letter. “This is particularly so when the employee booklet sent to us after 4 pm last night (July 2), which will be given to employees who will work in the courthouses to be re-opened on July 6, appears to conflict with the memorandum sent to these employees on July 1 in respect of the use of face coverings.”

In addition, the letter asks for information and ongoing updates on the protocols, policies and procedures implemented at each courthouse to implement and enforce occupancy limits, physical distancing, the use of masks and other personal protective equipment, and other requirements detailed in the employer guidebook.

According to the letter, court workers also want to know which recommendations from each assessment report have been implemented and the condition of HVAC systems in specific courthouses. The letter also seeks clarification on who will make the “crucial determination” that adequate protections have been instituted and according to what standards.

“We would ask for a copy of these standards,” it reads. “It would also be useful to have some independent and expeditious mechanism available to deal with any issues respecting the readiness of any courthouse to open.”

Neil Martin, chair of the central employee relations committee for the Ontario Public Service Unified Bargaining Unit, said the Ministry of the Attorney General’s risk assessments focused on courtrooms, and not other courthouse areas where OPSEU members work. He said the Ministry was trying to improve its measures and procedures, but the union still has concerns.

“I think they failed,” he said of the Ministry. “The should have put the opening off so they could make sure it was done right.

“They believe they’ve done enough,” he added. “I think that’s the difference. But the training of our folks and managers is still outstanding.”

Criminal defence lawyers are also worried about the July 6 reopening, said John Struthers, president of the Criminal Lawyers’ Association. “To say my members are conflicted is a mild understatement,” he said in an e-mail to The Lawyer’s Daily. “They need to get back to court and the clients are waiting too long, but safety has to remain paramount. The CLA has assurances that lawyers will be able to make individual choices about their own personal safety and adjourn cases that may come up if they are not satisfied.”

In an e-mail sent to stakeholders July 3 on behalf of Deputy Attorney General Irwin Glasberg, the Ministry summarized the key health and safety measures it has taken at courthouses. The process has been guided, it states, by Dr. Michelle Murti, a Public Health Ontario physician specializing in communicable diseases and emergency preparedness and response, and Assistant Deputy Minister Ron Kelusky, the chief prevention officer for Ontario from the Ministry of Labour, Training and Skills Development.

The measures have included site assessments of the 44 court locations that were scheduled to resume in-person operations July 6, nine recovery planning town hall sessions, “where we reached more than 6,300 people,” three COVID-19 safety seminars hosted by Murti and Kelusky, a mockup of the Brampton courthouse to demonstrate health and safety measures, the acquisition of a bulk supply of personal protective equipment to distribute at courthouses, and the provision of mandatory training materials.

In addition, the e-mail states, all persons entering a courthouse will have to successfully pass a court entrance COVID-19 screening tool, in alignment with guidance provided by Public Health Ontario.

As part of a phased-in reopening, additional courtrooms will open by September, with the remainder opening by Nov. 1, 2020, according to a June 30 news release issued by the Ministry.

Prior to July 6, in-person court appearances were limited to urgent matters, such as child protection proceedings and restraining orders.