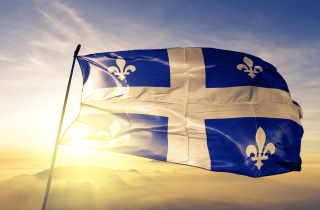 Temporary layoffs, recalling employees back to work in Quebec

In order to survive the economic effects of the COVID-19 pandemic, many businesses in Quebec laid off a substantial percentage of their workforce. In this time of uncertainty, it is important to understand the legal framework of layoffs in Quebec in order to allow companies to be equipped to call their employees back to work or legally terminate those employees permanently.

The severance is an amount equal to such employee’s regular wage, excluding overtime, for a period equal to the period or remaining period of termination notice to which the employee was entitled.

The notice requirements for termination of an employee who has been laid off for six months are as follows:


Therefore, should a layoff continue for a period longer than six months with respect to an employee who has worked for a given employer for at least two consecutive years, such employee is entitled to two weeks of remuneration by the employer. Further, at the time of the termination, the employer must ensure that the employee receives all of the sums owing to him by the employer including but not limited to any outstanding wages, outstanding overtime or any vacation indemnity. The indemnity relating to vacation is equal to four per cent of the gross wages earned by the employee during a given year if the employee has less than five years of service, or six per cent of the gross wages if the employee has five years of service or more at the end of a given year.

A notice of termination of employment is null if it is given to the employee while he is laid off, except in the case of a seasonal job, the length of which does not ordinarily exceed six months per year.

The above requirements of termination notice or payment in lieu thereof do not apply to employees whose employment contract provides a fixed term, to employees who have committed a serious fault or to employees for whom the end of the contract of employment or the layoff is a result of superior force (force majeure).

In the event that any employee is governed by a specific employment contract, it is important to determine whether the contract offers a greater remuneration or entitlement than that offered by the Labour Standards Act, in which case, the employee would be entitled to the greater amounts.

In the event that any recalled employee is collecting the Canada Emergency Response Benefit or employment insurance, it would be advisable to inform the employee that he/she may be required to inform the federal government of his/her recall and determine the impact, if any, on his/her continued eligibility for such programs.