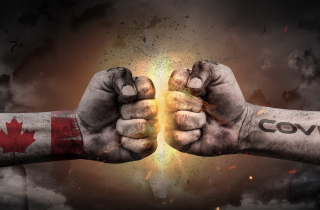 Justice and the pandemic: Stakeholders in the system

This article is the fourth of a five-part series examining our courts’ response to the pandemic and what it means for the future of the civil justice system.

Endemic problems of delay aside, a significant new challenge faces our civil justice system as the country’s courts tiptoe their way to reopening.

In Ontario alone, the Superior Court of Justice will have to deal with almost 900 jury trials that were postponed due to COVID-19. As well, some 1,331 non-jury trials were scheduled between March 17 and May 31 of this year.

It’s a poignant time, then, to ask this question: to what extent are the stakeholders — quite apart from the systemic issues — the real problem here?

Stephen Morrison, now a resident mediator and arbitrator at Toronto’s Arbitration Place, seems particularly well placed to answer the question. In the course of a legal and business career spanning more than four decades, he’s been a criminal lawyer, co-founder and in-house counsel to a land development and investment company with interests in a wide range of industries and a partner in a leading Canadian law firm where he focused on the resolution of commercial disputes.

He’s adamant that stakeholders must take considerable responsibility for the poor ranking of Canada’s civil justice system in World Bank surveys (ranking 100 of 190 countries, as more particularly described in previous articles in this series).

“I am not persuaded that our poor ranking is entirely a function of deficiencies in the system itself, as opposed to how it is employed by the parties and their legal representatives,” he said in an e-mail response to questions from The Lawyer’s Daily. “When I was still practising as counsel, it was always my impression that, when both parties and their counsel desired a timely resolution of their dispute, our courts were capable of getting the matter heard within a reasonable time.”

The underlying difficulty, Morrison maintains, is the “weaponization” of the rules of court by parties “for strategic purposes.” By way of example, he cites the reforms in the early 1980s that were designed to enhance justice by eliminating trial by ambush through enhanced oral discovery and document production.

“The intentions were good, but the implementation led to abuse and, in some cases, excessive expense during the interlocutory stages of the litigation process,” he explained. “Excessive document production demands and motions in relation thereto, coupled with never-ending examinations for discovery, and lengthy and sometimes repeated motions related to refusals to answer questions, sometimes seemed to take on a life of their own.”

Further reforms, such as the co-operative development of discovery plans based on concepts such as proportionality, limitations on time allowed for discovery and mandatory mediation followed.

“These measures have helped but they still depend on the commitment of the parties and their lawyers to move things forward expeditiously,” Morrison said. “In far too many cases, that still does not happen.”

Then there’s tradition, particularly as it relates to oral advocacy.

“Litigants want justice and that includes expedient resolution of their disputes,” said Chantelle Cseh, a partner in the dispute resolution, competition litigation and class actions practices in Davies Ward Phillips & Vineberg LLP’s office in Toronto. “To achieve that, we need to reconceptualize our gold standard for certain types of disputes, including more matters dealt with in writing even over the objection of the parties.”

Indeed, many reform advocates argue that oral advocacy should not be the default; rather, written arguments should be the rule unless the parties or the court can show a need for oral advocacy. But these reformers face considerable resistance within the profession.

“Many lawyers still cling to the ingrained mentality that focuses on the traditions of the bar and the way things have always been done,” Cseh said. “The attitude is almost ritualistic, as if oral advocacy was a means of achieving justice by ceremony.”

As Ontario Superior Court Chief Justice Geoffrey Morawetz sees it, the overriding goal, and gold standard for the court is to “assist litigants to achieve timely and effective resolutions” through judicially-assisted settlements or “timely trials.”

Still, he cautions that there will always be a demand for in-court appearances.

“Virtual hearings are not an effective substitute for lengthy hearings, particularly where there is significant oral argument or witness testimony,” he wrote in an e-mail response to questions posed by The Lawyer’s Daily. “The court is also mindful of the fact that settlements most regularly occur when parties are physically present, supported by in-court support, such as an onsite mediator or duty counsel providing legal advice. These factors must be considered as we reimagine how the court hears its cases.”

COVID-19, however, appears to have made dents in the rituals.

“In effect, COVID-19 gave us an excuse to do things differently,” Cseh said.

Hopefully, the trend will continue and at an accelerated pace. If so, what will the changes look like? Will they simply involve modifications to the rules or will reform engage a more holistic and philosophical approach? Our next piece in this series, the last, will explore these issues.