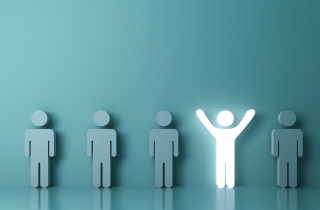 Importance of emotional intelligence for management during anxious times

Thomas Roosevelt famously said, “No one cares how much you know, until they know how much you care.” Roosevelt did not know it at the time, but he was referencing what psychologists now call emotional intelligence (EI). While definitions of EI vary, the researchers who pinned the concept, Peter Salavoy and John Mayer, define EI as the ability “to recognize, understand and manage our own emotions,” as well as the ability to “recognize, understand and influence the emotions of others.” The role of emotional intelligence in private, interpersonal settings is obvious. But what role does EI play in the workplace?

Mariah Deleon, vice-president of Glassdoor, believes that office place EI will make or break an organization. Employees with high emotional intelligence are “better able to work in teams, adjust to change and be flexible.” Conversely, employees with comparatively low EI will not exhibit the commitment to the work product and workforce that is essential in the modern workplace. While the best way to ensure a high level of emotional intelligence on a team is to hire team members with high EI, a strong leader can help build a work environment that nurtures EI. Workplaces that encourage open communication of concerns, promote healthy conflict resolution, provide time and space for employees to engage and self-care, and give members of the team opportunities to engage in altruistic endeavour can elevate the workplace EI.

Effective leaders have a heavy dose of composure in their EI portfolio. Consider, again, NBA commissioner Adam Silver’s composure when dealing with the threat of COVID-19. Instead of assigning blame for the crisis, Silver showed calm resolve in putting his organization and people in the safest situation possible. A leader who demonstrates appropriate composure in the workplace becomes a model for others. Composed leaders: do not let your emotions become obstacles; do not take things personally; demonstrate accountability; act decisively; and, retain perspective.

Agency, one’s ability to think and act independently, is a critical facet of leadership. The leader who becomes bogged down with the “emotion” of decision making — who will I hurt, anger, alienate, etc. — can be impacted by decision-making paralysis and miss the opportunity to act at the appropriate moment. While leaders emote in both calm and chaotic settings, they must have the fortitude to act decisively when the situation calls for decisive action.

Follow through is a matter of personal integrity not just leadership acumen. Workers under the leadership of individuals who serve with integrity, work harder for the cause/business and stay longer. Dr. Brad Shuck, known for extensive research in leadership, notes that “75 per cent of employees who work for leaders who are compassionate and live with integrity say they are unlikely to leave their current organization in the next five years.” More importantly, the integrity modelled by leaders with exceptional follow through can become part of the larger ethos of the organization.

Emotionally intelligent leaders understand that the health and well-being of their organizations depend on both the abilities and the EI of the team members. If you want your team to demonstrate appropriate composure, agency, and follow through, in addition to modelling these things, you must measure their EI and provide a clear individual learning plan to move forward.

Further, hire high-EI workers and create an environment that allows for conversation, self-care, altruistic endeavours and effective conflict resolution. The technology has caught up with the social science. We can now accurately measure EI behaviours of those who apply for positions at our firms. There is no reason to make the same hiring mistakes time and time again.

This is part two of a two-part article. Part one: Managing in era of anxiety: How some leaders shine in face of change.