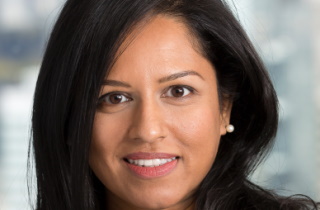 The Ontario government has announced an “intellectual property action plan” as part of its effort to jumpstart the province’s pandemic depressed economy.

The initiative is aimed at driving Ontario’s competitiveness by prioritizing intellectual property (IP) generation, protection and commercialization, according to a July 17 government news release.

As part of the plan, the government of Premier Doug Ford said it is creating a “Special Implementation Team on Intellectual Property” made up of IP experts who served on an expert panel that delivered its recommendations on IP policy to the government in February.

One of the implementation team’s main tasks is to provide advice to the Ford government on the roles and mandates of commercialization offices within post-secondary institutions and research organizations, according to the news release.

The team will also work on strengthening IP literacy by developing IP education curricula and will develop a governance framework for innovation-related organizations that incorporates intellectual property considerations. In addition, it will advise the government on the creation of a centralized, provincial resource to increase access to IP legal expertise and educational resources everywhere in the province.

News of the government’s IP action plan was welcomed by some intellectual property lawyers.

“The education aspect is key,” said Sangeetha Punniyamoorthy, a partner with Toronto-based DLA Piper (Canada) LLP and chair of its Canadian IP and technology practice. “More education needs to be done about the importance of IP and how to generate, exploit and control valuable IP.

“Innovation is taking place every day by hard-working Ontarians,” she added in an e-mail to The Lawyer’s Daily. “By learning more about how best to use IP to protect those innovations, it will help drive small businesses, entrepreneurs and post-secondary institutions forward to improved prosperity within Canada and on a global stage. This is vital since we see how increasingly important intangible assets, such as data and IP, are becoming the world’s most important business and national security assets.”

Paul Lomic, founder, lead counsel and trademark agent with Toronto-based Lomic Law, said the success of the action plan will depend on its implementation, but any effort to improve access to IP education and resources for small and medium enterprises (SME) is a step forward.

For many SMEs, “it’s expensive,” he told The Lawyer’s Daily. “There’s a barrier there. If it’s going to address that head-on, I think that’s very good news for innovators in Ontario.”

The first step for any business is understanding their intellectual property and securing it, he added.

“It’s not just about getting a patent,” said Lomic. “It’s about obtaining a patent, a patent that has the right scope, being able to protect that patent, and being able to commercialize it. So there are lots of steps that go from the initial innovation to a successful product or a service. And to the extent that this plan will assist in that whole chain, I think that’s encouraging.”

The implementation team on intellectual property is chaired by Jim Balsillie, the retired chairman and co-CEO of one-time Canadian tech-industry star Research in Motion (now Blackberry), and its members include Myra Tawfik, the EPICentre professor of intellectual property commercialization and strategy at the University of Windsor, and Natalie Raffoul, a registered patent agent and managing partner of Ottawa-based Brion Raffoul Intellectual Property Law.

“The foundation of Ontario’s post-COVID economic recovery and future prosperity will depend on the province’s ability to position our economy for success in a global marketplace driven by IP and data,” Balsillie said in the release. “Through the Intellectual Property Action Plan, Ontario has the opportunity to build an ecosystem that advances IP education and expertise as well as strategic support for our innovative companies, ensuring valuable intellectual property generated in the province will be commercialized for the benefit of Ontario's economy.”

During the same Friday afternoon media event at Kitchener’s Medical Innovation Xchange (MIX), the Ford government unveiled a second round of research projects that will receive grants through the Ontario COVID-19 Rapid Research Fund, which is geared to finding ways to prevent, detect and treat the disease.

According to a recent report by the federal Canadian Intellectual Property Office, only two per cent of Canadian SMEs hold at least one patent. And in 2017, Canadian universities and research institutes filed 687 patents, the lowest number since 2008, reported a 2019 study by the U.S.-based Association of University Technology Managers. The same study determined that Canadian universities and institutes spent $5.7 billion on research and development that year, but generated just under $75 million from licensing their innovations — a return on investment of 1.3 per cent.

“Companies offering intangible assets like IP often struggle to access capital,” Jérôme Nycz, executive vice-president at BDC Capital, said in a news release. “Our goal is to lead by example and fill this gap by providing the capital IP-rich companies need to enable commercialization, increase competitiveness, and expand globally. Our hope is to inspire like-minded stakeholders to work alongside us to support even more companies and make Canada a leader in the IP space.”