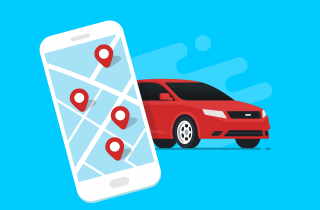 The Supreme Court of Canada recently released its highly anticipated decision in Uber Technologies Inc. v. Heller [2020] S.C.J. No. 16 involving a challenge to the provision in Uber’s standard agreement with drivers requiring all disputes to be resolved by private mediation/arbitration.

David Heller commenced a proposed class action on behalf of Uber and Uber Eats drivers in Ontario alleging violations by Uber of Ontario’s Employment Standards Act (ESA). Uber, meanwhile, brought a motion to stay the action in favour of arbitration.

Importantly, those same rules provided for a mandatory fee payable by the driver for the administration of arbitration proceedings totalling US$14,500 — in addition to legal, travel and other costs of the proceeding.

At first instance, the Superior Court granted Uber’s motion and stayed the arbitration. On appeal, the Ontario Court of Appeal overturned the decision and permitted the action to proceed (Heller v. Uber Technologies Inc. [2019] O.J. No. 1).

The majority at the Supreme Court in an 8-1 decision upheld the Court of Appeal’s decision, finding the arbitration clause unconscionable and therefore invalid. Further, the majority found that a court may depart from the general rule of deferring to an arbitrator if the dispute resolution clause is deemed invalid.

With respect to unconscionability, Canadian courts have largely split on the proper test to determine whether a contract or a provision within a contract is void for unconscionability. Such uncertainty has stemmed from the extent of unfairness required and whether a party has to know of and actively take advantage of the other party, among other matters. In Uber, the Supreme Court provided clear guidance to this ongoing dispute, holding that a contract or contractual provision will be void for unconscionability where there is an inequality of bargaining power that results in an improvident bargain. In making its ruling, the Supreme Court relied on, inter alia, the following:

1. The arbitration agreement was part of a standard form contract;

2. Heller was powerless to negotiate any of its terms;

3. There was a gulf of sophistication between Heller, a food deliveryman, and Uber, a large multinational corporation;

4. The arbitration agreement did not attach a copy of the ICC’s rules, so Heller would not have known of the US$14,500 fee even if he read the agreement in its entirety; and

5. It is unlikely someone in Heller’s position would appreciate the financial and legal implications of the arbitration provision.

Accordingly, the Supreme Court’s decision in Uber expanded the scope to the contractual doctrine of unconscionability by a) applying the doctrine in the absence of a significant degree of procedural unfairness b) eliminating the generally accepted requirement that the stronger party have knowledge of the weaker party’s vulnerability, and c) applying the doctrine to an individual provision of contract rather than the bargain as a whole.

The majority rejected Uber’s argument for a more stringent unconscionability test that which required the transaction be grossly unfair, that there was no independent advice, that the imbalance in bargaining power was overwhelming, and that there was an intention to take advantage of a vulnerable party. The Supreme Court noted that this higher threshold for unconscionability unduly narrows the doctrine, making it more formalistic and less equity focused.

While the court gave respect for arbitration, the arbitration clause at issue rendered Heller’s contractual rights “illusory” as it was impossible for someone in his position to pursue arbitration.

In a pro-consumer protection and pro-class action stance, the majority held that:

“Respect for arbitration is based on it being a cost-effective and efficient method of resolving disputes. When arbitration is realistically unattainable, it amounts to no dispute resolution mechanism at all. … Based on both the disadvantages faced by Mr. Heller in his ability to protect his bargaining interests and on the unfair terms that resulted, the arbitration clause is unconscionable and therefore invalid.” (Paras. 97-98).

While the majority held that Uber’s arbitration clause was so onerous as to be unconscionable, the court provided little guidance as to how future courts can determine what reaches the standard of unconscionability or how companies with their own arbitration clauses can take precautions against a similar outcome. Considering the overwhelming cost Heller had to pay in order to proceed to arbitration, it begs the question, what amount of money would have rendered the arbitration clause to be valid? Would the clause have been unconscionable if the required payment was only $5,000 or $2,000?

Or what if Heller only had to travel to the United States instead of the Netherlands. In interpreting the decision, it would be prudent for companies when drafting their arbitration clauses to ensure it is realistically attainable for those subject to the clause to access their rights. Understanding the decision through an “access to justice” lens will greatly assist in that regard.

Although some parts of the decision are bound to require further interpretation, the Supreme Court’s decision will undoubtedly provide companies with a roadmap to better strengthen their own arbitration clauses going forward. In the coming weeks and months, companies that use standard form contracts and/or clauses similar to Uber’s will be tasked with reviewing such clauses in light of the Supreme Court’s ruling and determine their validity/potential unconscionability.

Perhaps in the wake of COVID-19, we will see arbitration agreements providing for virtual hearings, as opposed to in person, thus reducing potential cost burdens and unconscionability concerns.

Sean O’Donnell is an advocate at SJOLegal with extensive experience in employment, human rights and civil litigation, having practised for Canada’s leading litigation firms in these areas, among myriad other areas of law. He was called to the bar in 2010. This article was written with the assistance of Carter G. Perks, student-at-law. 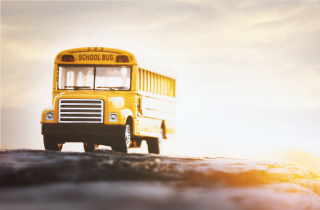