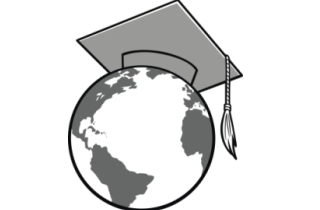 In a July 2020 LinkedIn post which has gathered over 100,000 reactions and comments, Hanan Ali, an international student at Ohio’s University of Toledo, writes, “I came to this country to pursue my dream, a dream to change the world, yet everyday it makes me feel like a burden and a strain on resources, despite the fact that I’ve paid for those resources and more twice over. .… Dear Americans, check on the international students in your lives. Pressure your lawmakers into doing something about this ruling. Acknowledge the contributions we make here.”

On July 14, the Trump administration rescinded the U.S. Immigration and Customs Enforcement (ICE) policy from July 6, which provided an ultimatum to international students: attend classes in person during a pandemic or be forcibly removed from the country.

Professor Andrew Moore, an immigration law professor at Detroit Mercy Law, recognizes that “the policy intended to compel [universities and colleges] to open up even if it may not be the best thing for the institution, given where they may be located and given what they may think is the best policy for their student body.”

Shortly after its announcement, Harvard University and the Massachusetts Institute of Technology (MIT) filed a lawsuit in the U.S. District Court of Massachusetts to block the policy. Public pressure on the Trump administration was significant, with hundreds of thousands of Americans and international supporters signing petitions and social media users raising awareness about the detrimental effects of the policy on international students.

Though international students feel relieved that the immediate threat of deportation is gone, students like Ali are “still worried that a new order will take the place of the now rescinded one.” Ali concedes that “such is the life of an international student constantly waiting for the next shoe to drop.” Massachusetts Attorney General Maura Healey suspects ICE will propose a new order: “They may try this again. We will be ready.”

Current international students facing such uncertainty have options. Some are looking to temporarily study online with a U.S. college or university while residing in Canada.

However, Erin Simpson, a Toronto-based refugee and human rights lawyer, suggests that this workaround may not be a viable solution, particularly in the midst of a global pandemic: “As it stands, there are very restrictive conditions on who can even enter Canada from the U.S., leaving aside the question of gaining status. Even if a foreign national was able to obtain a visitor’s visa ([the Canadian government has] only recently resumed online processing of these), they would still have to establish “essential” travel in order to cross into Canada from the U.S. Even students who have valid study permits for Canada, but were approved after March 18, are currently not able to enter Canada from outside the U.S. … and people studying at Canadian institutions whose courses are online are not necessarily being allowed entry.”

By contrast, new international student enrolment in the U.S. has fallen in the last three years because of the Trump administration’s posture toward immigration. After the threat of the ICE policy, it seems inevitable that this trend will continue. Though the ICE restriction was quickly rescinded, its adverse effects on international students deciding to study in the U.S. will no doubt remain in the future.

For Ali, America is only one of many other places she’s looking to continue her post-graduate studies. “This is the only positive outcome of the days of uncertainty I just went through, it’s forced me to think of a future that isn’t in America and plan for that.”

Kaamil Ali Khalfan is a rising second-year law student in the Dual JD program at the University of Windsor Faculty of Law and the University of Detroit Mercy School of Law. His legal area of interest is corporate and commercial law. He is available to connect on LinkedIn.