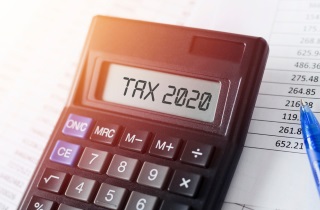 On May 19, the federal government released draft legislation, the Time Limits and Other Periods Act (COVID-19) (the Time Limits Act) with implications for tax appeals and reassessments, among other proceedings. In general, the legislation automatically suspends time limits for commencing federal legal proceedings such as income tax and GST appeals to the Tax Court of Canada.

The draft legislation will also allow the minister of National Revenue to suspend or extend time limits for tax reassessments under key taxation statutes by making an order, because exceptional circumstances relating to COVID-19 may have made it hard for Canada Revenue Agency (CRA) to meet its original deadline. The minister’s order could retroactively give the CRA extended limitation periods for reassessing income tax and GST.

While these potential changes will benefit CRA, taxpayers benefit from s. 6 of the proposed legislation, which provides that time limits for commencing proceedings before a court are suspended retroactively between March 13 and Sept. 13.

Section 7 of the proposed legislation authorizes the minister of National Revenue to make an order to suspend or extend time limits established under the Income Tax Act and the Excise Tax Act. The time limit may be suspended or extended for six months at most and may have retroactive effect to March 13.

However, any suspension or extension of a time limit cannot continue past Dec. 31, 2020. It is expected that the minister will make an order extending the limitation periods to reassess income tax and GST once the legislation passes. Bill C-17, which includes the Time Limits Act, received first reading on June 10.

CRA can normally reassess a taxpayer anytime within three years (or sometimes four or six years) of sending a notice of an original assessment for income tax or four years after the date a GST/HST return was filed.

After this time, the “normal reassessment period” expires (sometimes referred to as a tax year being “statute-barred”) and CRA cannot reassess unless it can prove that the taxpayer was negligent or fraudulent in preparing their return, or if the taxpayer has signed a waiver or failed to file a return.

Once the minister makes an order, these income tax and GST reassessment periods may be extended for a six-month period, with effect potentially beginning retroactively on March 13 and ending Sept. 13. This means that tax years that would normally become statute-barred between these dates will not become statute-barred until after Sept. 13, 2020.

The Time Limits Act has been criticized for providing longer-than-necessary extensions to the government while not granting similar extensions to taxpayers, given that CRA has resumed its audit activity. The Joint Committee on Taxation of the Canadian Bar Association and Chartered Professional Accountants of Canada addressed some of these concerns in a submission to the Department of Finance.

Authors’ note: This article is of a general nature only and is not exhaustive of all possible legal rights or remedies. In addition, laws may change over time and should be interpreted only in the context of particular circumstances such that these materials are not intended to be relied upon or taken as legal advice or opinion. Readers should consult a legal professional for specific advice in any particular situation.

Kurt Wintermute is the senior tax litigator and head of the MLT Aikins LLP tax litigation practice area. He has extensive experience representing corporate and individual clients before all levels of court and taxation agencies regarding federal and provincial tax issues. Nicholas Horlick is an associate lawyer and member of the MLT Aikins tax litigation team. He assists individuals and businesses with taxation issues in a variety of contexts, including federal income tax, GST, provincial sales tax, tax-driven bankruptcy and property tax assessment. These articles were prepared with the assistance of MLT Aikins summer student Danielle Hopkins.