The chimp, the bee, the SCC | Barry Bussey

Social psychologist Jonathan Haidt argues that human beings are both individual and social. We live the majority of our lives in the daily realm of the profane — what he calls our “chimp” nature — but, through the collective, we also experience a higher, sacred reality, which he describes as the “bee” domain. And, just as a bee cannot be studied in isolation from the hive, we cannot understand religion unless we recognize its communal aspects. I observe that the law appears to understand our chimp nature but has a difficult time with our bee nature.

Haidt’s recognition reflects a deep respect for human dignity. Since humans are relational in nature, the religious community is of fundamental significance to the individual’s identity, self-awareness and purpose. Affirming the full dignity of the individual therefore requires an acknowledgement of his or her sense of belonging in community — our “bee” domain.

Unfortunately, over the last decade, the Supreme Court of Canada has largely disregarded the communal aspect of religion, leading to decisions that severely curtail the freedom of religious communities to operate in accordance with their beliefs. Ironically, I suggest, this failure actually undermines the dignity and autonomy of individuals.

For instance, in the Alberta v. Hutterian Brethren of Wilson Colony [2009] S.C.J. No. 37, the Supreme Court held that the Alberta government was justified in requiring photo identification for driver’s licences, despite the conscientious objections of the Hutterites who believed that photography violated God’s commandments. Such tensions, then Chief Justice Beverley McLachlin concluded, were unavoidable in “a multicultural, multireligious society where the duty of state authorities to legislate for the general good inevitably produces conflicts with individual beliefs” (para. 90, italics added). The court did not appreciate that the individual Hutterite was a willing part of a religious “hive” with certain obligations.

That the Supreme Court repeatedly characterized the communal convictions of the Hutterites as a matter of “individual beliefs” is particularly telling. Because of its failure to properly understand the holistic cultural practices and traditions that shaped the Hutterite way of life, the court minimized the effect of its decision on the claimant, as if the claimant were only a chimp and not also a bee.

Similarly, in Loyola High School v. Quebec (Attorney General) [2015] S.C.J. No. 12 the Supreme Court applied the controversial “Charter values” doctrine to prioritize “national values” over religious freedom. Despite recognizing the school’s right to teach religion and ethics from a Catholic perspective, Justice Rosalie Silberman Abella emphasized that pluralism did “not mean that religious differences trump core national values” (para. 46). One does not have to think too hard to find scenarios where “national values” may be at odds with long-held religious norms. This is especially true when we consider the struggle that religious communities face when hiring or firing individuals who do not share their religious beliefs; or when religious communities wish to maintain certain standards of behaviour for members of a church or students at a religious school. Again, the legal emphasis in this case was on the chimp view of the world, not the bee.

Finally, the Trinity Western University decisions of 2018 — in which the Christian university was denied accreditation of its proposed law school based on objections to its “Community Covenant Agreement” — reveals the culmination of the court’s failure to recognize or respect the communal (bee) aspects of religious individuals (Law Society of British Columbia v. Trinity Western University [2018] 2 S.C.R. 293).

Remarkably, the Supreme Court was willing to view the law societies as “the collective face of a profession” (per Justice McLachlin, concurring, para. 140) but seemed unable to comprehend TWU in the same way. Despite passing references to “communal practice” (para. 99; see also para. 64), the court largely characterized religion as a matter of individual (chimp) rather than shared (bee) belief. By portraying the case as a “conflict between the pursuit of statutory objectives and individual freedoms” (para. 100, emphasis added), the Supreme Court was able to conclude that denying approval of the law school was not “a serious limitation” of religious freedom. The fact that the institution would be unable to operate according to its religious principles was deemed of “minor significance” (paras. 87 and 104). I take them to mean that the bee nature of the religious individual is of minor import.

Importantly, dissenting Justices Russell Brown and Suzanne Côté came to the opposite conclusion after acknowledging a much richer view of the communal nature of religious individuals. They cited Dwight Newman’s (2016) observation that religion is “not just about individuals praying alone but about communities of faith living out their traditions and religious lives” (emphasis added).

In their view, then, the law societies’ decision to withhold accreditation “represents a profound interference with religious freedom: it is a measure that undermines the core character of a lawful religious institution and disrupts the vitality of the TWU community” (para. 324, emphasis added). Unlike the majority, the dissenting justices understood the bee domain.

Throughout the TWU case, the majority’s struggle to accept the communal nature of religion also hampered its ability to perceive and protect the dignity of religious adherents. Hence, the Supreme Court was emphatic about possible dignitary harm to members of the LGBTQ community while remaining silent on the prospect of any such harm to members of the religious community. The disparity is striking.

Once again, only Justices Brown and Côté recognized that any appeal to dignity must consider both the dignity of LGBTQ students and the dignity of the religious community. To maintain true secularism and pluralism, “it is necessary to ensure that the dignity of all members of society is protected. ‘Tolerance’, then, means forbearing, and allowing for difference” (para. 334, emphasis added). They understood that you did not have to be religious to have a communal “bee” nature. It is as much a part of the life of the non-religious as it is of the religious person.

Clearly, respect for community leads to much deeper appreciation for the role of religious institutions in our society and in the lives of individual members. The law must recognize the unique status of religious communities as part of, not in addition to, the inherent worth and dignity of the individual.

With respect to religion, this collective dimension of “communion” (the root concept within our term “community”) is a core aspect of the religion chosen by the individual. It goes to the centre of their individuality. Religious community, therefore, must be recognized for what it is: part of the inherent worth and dignity of the irreplaceable human being, who is both “chimp” and “bee.” It is through that dignity lens that religious community can finally receive the focus in the law that it is due.

Barry W. Bussey, PhD, is director, legal affairs at Canadian Council of Christian Charities.The views expressed are personal and do not necessarily reflect those of his employer. 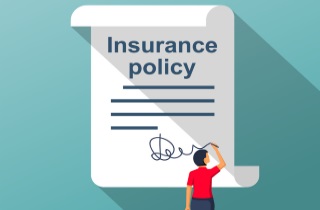 The duty to defend does not include extrinsic evidence

Toronto van attack decision important for future cases where autism argued as basis for NCR finding: lawyer
Moving away from animals as commodities, one pet at a time | Victoria Shroff