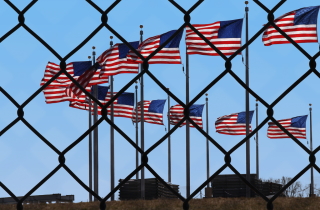 The truth behind the U.S. immigration freeze

To the untrained eye, it appears that the U.S. immigration system is completely frozen. The borders with Canada and Mexico are closed to all non-essential travel, and the president has issued several proclamations restricting the entry of both immigrants and non-immigrants. These policies, however, are only temporary and have not resulted in a blanket shutdown of U.S. immigration. In fact, much of the immigration system remains intact and continues to function every day. Green cards are still being issued, foreign nationals are still traveling to the U.S. for work, foreign corporations are still transferring employees to the U.S., and families are still being reunited.

That said, let’s clarify and shed some truth about the major immigration policies that have been implemented since the COVID-19 outbreak, the actual impact of these policies and how long we anticipate them to last.

First, let’s talk about travel restrictions. In March, the U.S., Canada, and Mexico agreed to temporarily close their borders to all non-essential travel. These restrictions are limited to individuals travelling for tourism purposes, such as sightseeing, recreation, gambling or attending cultural events and do not apply to air, rail, or sea travel. This means that people authorized to enter the U.S. for work can still do so, and people seeking entry for non-essential reasons can simply book a flight to the States. The only nuance is that citizens of Mexico are not visa exempt and will need to obtain a B-1/B-2 visa before travelling. Citizens of Canada, however, just need their passport.

In addition, the U.S. has also extended travel restrictions to China, Iran, Brazil, the United Kingdom, the Republic of Ireland and the Schengen Area. Individuals that have been physically present in any of these countries within 14 days of their attempted admission to the U.S. are prohibited from entering. These restrictions, however, do not apply to U.S. citizens or U.S. permanent residents, and there are several exemptions for certain types of travellers, such as immediate relatives of U.S. citizens and people whose entry will be in the national interest of the U.S.

It is also important to note that this travel ban is not based on a person’s nationality. A citizen of the U.K., for example, can still travel to the U.S. He or she just needs the appropriate immigration documents and must quarantine in a non-restricted country, such as Mexico, for at least 14 days before entering the U.S.

How long until these limitations on international travel are lifted? Unfortunately, there is no easy answer to that question. The best place to start looking, however, is at the heart of each policy. What was the purpose of closing the borders with Canada and Mexico? Why is the U.S. restricting travel from several countries around the world? The reasoning is actually quite simple — to slow the spread of COVID-19 and flatten the curve. Every individual who enters the U.S. from abroad has the potential to transmit disease. Multiply that risk by the tens of millions of people who visit the U.S. each year and the idea of closing the border starts to make sense. By reducing incoming traffic, the risk of infected individuals entering decreases drastically.

So, with that logic in mind, it seems reasonable to assume that the current travel restrictions could be around for some time. Until the global rate of infections drops significantly, the U.S. will likely continue enforcing preventative measures that protect the American public from a second wave of the novel coronavirus.

Next, let’s take a look at the measures President Trump has taken to limit legal immigration. Since April, two major presidential proclamations have been issued restricting the entry of certain immigrants and non-immigrants. Proclamation 10014 suspended the entry of foreign nationals who are outside the U.S. and do not have an immigrant visa, and the administration took it one step further in June by suspending the entry of foreign nationals seeking admission as non-immigrants pursuant to an H-1B, H-2B, J, or L visas.

Although these policies seem to freeze a large portion of the immigration system, the suspensions only apply to individuals who are outside the U.S. and do not already have a valid immigrant or non-immigrant visa. In addition, there are several exceptions, including spouses of U.S. citizens and any individual whose entry would be in the national interest. Furthermore, the suspension of immigrant visas does not prevent individuals from applying for a green card by adjusting status in the U.S. and the suspension of non-immigrants does not prevent individuals who are visa exempt, such as citizens of Canada, from submitting new applications and entering the U.S. in H-1B, H-2B, J, or L status.

So, how long will these immigration restrictions last? Again, there is no definitive answer, but the reasoning behind these policies is insightful. As the White House explained, the purpose of restricting the entry of immigrants and non-immigrants is to protect U.S. workers from competitive foreign labour. By doing this, the U.S. will hopefully reduce unemployment thereby boosting U.S. economic recovery. If successful, it is not unreasonable to assume that these restrictions could remain effective for months or at least until the economy begins to rebound. It is also, however, an election year, and these policies could potentially change if a new administration takes office.