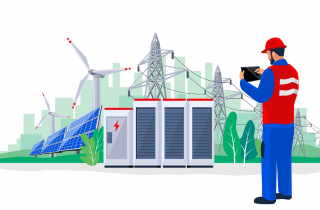 However, a number of individuals, non-governmental organizations, First Nations and MPPs have expressed strong concerns about Schedule 6 of Bill 197, which contains approximately 80 pages of amendments to the Environmental Assessment Act (EAA).

These concerns focus on both the process used to pass Bill 197 (i.e., no standing committee hearings, no public notice or comment opportunities under the Environmental Bill of Rights, etc.) as well as the substance of the proposed EAA changes, as described below.

The EAA is one of Ontario’s oldest and most important environmental statutes, and it establishes different types of information-gathering and decision-making processes (i.e., individual EAs, Class EAs and sectoral screening processes) that include opportunities for public and Indigenous engagement at key stages.

In essence, the EAA is a prudent “look before you leap” statute since the legislation requires an upfront public examination of the potential ecological, socioeconomic and cultural impacts of proposed undertakings (i.e., landfills, hazardous waste facilities, electricity projects and municipal roads and sewage works, etc.) before they proceed.

This precautionary approach enables informed decisions by provincial officials on whether such undertakings should be approved (or not), and whether terms or conditions should be imposed to safeguard the public interest.

Over the years, many stakeholders, practitioners and independent observers (including the auditor general of Ontario and the former environmental commissioner of Ontario) have proposed various reforms to make the EAA more effective, efficient and equitable.

Unfortunately, the Schedule 6 amendments to the EAA do not address these proposed reforms and instead contain a number of controversial changes that fundamentally alter the current EA regime in Ontario.

Most of the Schedule 6 changes to the EAA are not yet proclaimed into force. However, if implemented, Schedule 6 will:


These and other changes in Schedule 6 of Bill 197 follow other recent rollbacks that have been passed or proposed in relation to Ontario’s EA program, including (but not limited to):

In these circumstances, it appears that the Ontario government is proceeding on the mistaken premise that EAA processes are simply “red tape” that may delay or stop the province’s economic recovery from the COVID-19 crisis.

However, it should be noted that several of the EAA changes proposed in Bill 197 were generically described in a governmental discussion paper in mid-2019, long before COVID-19 emerged in Ontario.

In light of the foregoing concerns, judicial review proceedings have recently been commenced in relation to Bill 197, particularly the Schedule 6 changes to the EAA.  At present, it is unknown when the Divisional Court will hear and decide the matter, but persons interested in, or affected by, the EAA changes should pay close attention to this court case.

Richard Lindgren is a staff lawyer at the Canadian Environmental Law Association.